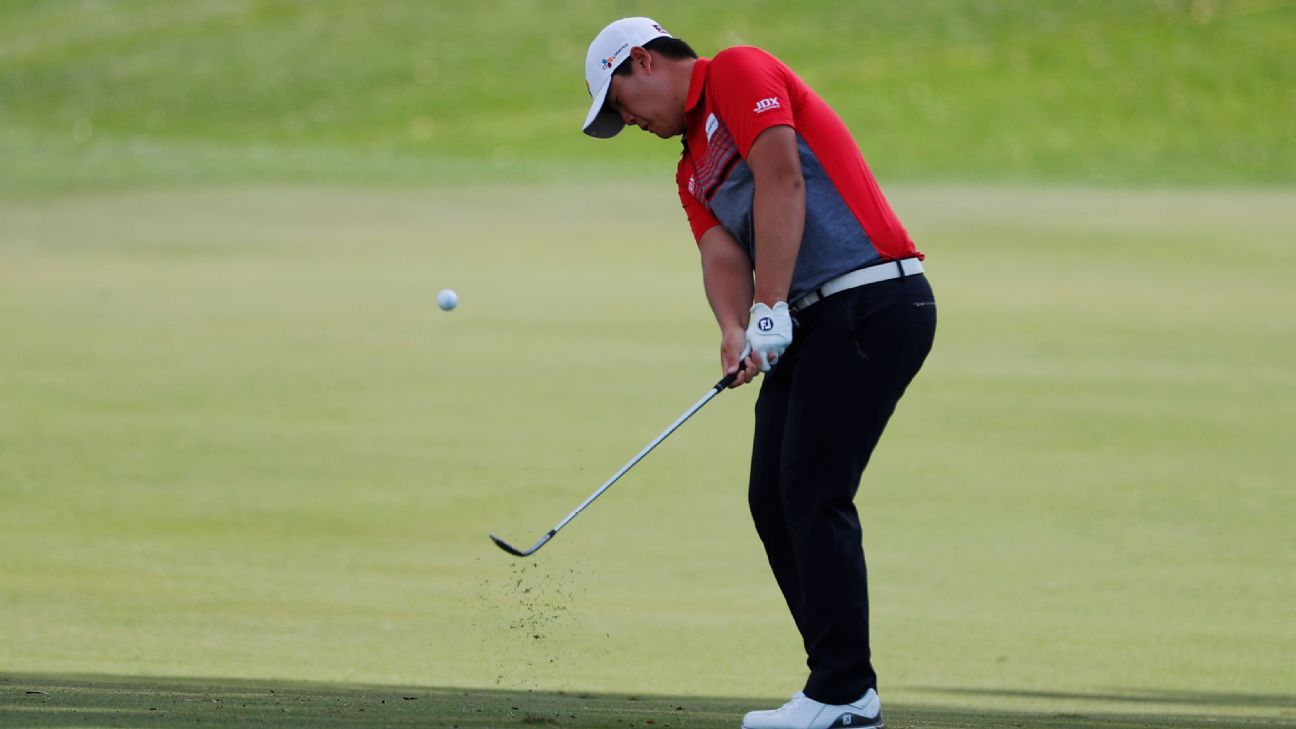 PALM BEACH GARDENS, Fla. — Sung-jae Im was in the first group to tee off on the first hole Friday at The Honda Classic. He’ll be in the final group Saturday.

Im, the 20-year-old South Korean rookie who around this time last year was winning the first Web.com Tour start of his career, shot a 6-under 64 in the second round at PGA National. He shared the 36-hole lead at 6-under 134 with Keith Mitchell (66).

It could be considered a surprise final pairing: Combined, Im and Mitchell have zero PGA Tour wins.

First-round leader Jhonattan Vegas shot a 64 on Thursday, and Adam Svensson had one Friday.

Im got through the second round on only 25 putts. He was the leading money-winner on the Web.com Tour last year, was atop the money list for the entire season and played his way into two majors.

Even though the Honda is played in an area of South Florida where a number of PGA Tour players live — including Tiger Woods — the field includes only three of the top 20 players in the most recent world rankings.

Im grew up watching Woods, staying up until the middle of the night in many cases to see him play on television.

He has a 36-hole lead to be nervous about now.

Lucas Glover (69) was third at 5 under. Svensson and Brooks Koepka were among those in a group at 4 under, and 42 players were within five shots of the lead.

“Can’t be too upset with 1-under around here, to be honest,” said Glover, the 2009 U.S. Open champion who has three straight rounds in the 60s at PGA National going back to his final-round 66 last year. “Wind picked up a little toward the end. I didn’t hit it great but got myself into the thing.”

Justin Thomas also is still in the thing, though the defending champion has a lot of work to do if he’s going to go back-to-back. Thomas, playing with a sore right wrist after a wayward swing against a tree Thursday, had an eagle, a double-bogey and a triple-bogey on his way to an eventful 74. He got in right on the 36-hole cut line, 2 over.

“Hopefully, I’ll at least have a chance where I can make something up this weekend,” Thomas said.

Vegas reached 7-under briefly, then finished in a group tied for 13th at 3-under after shooting a 73. Gary Woodland extended his streak of consecutive made cuts to 21 with an eventful birdie on the par-5 18th. He went over the green with his second shot, ran his third well past the hole and coolly rolled in a 15-footer for birdie to get to 2 over. Woodland hasn’t missed a cut since The Players Championship in May.

DIVOTS: In all, 83 players made the cut for Saturday, which means a second cut to top-70-and-ties will happen before Sunday’s final round. … Rickie Fowler and the sixth hole continued their thorny relationship. Fowler drove into a fairway bunker — right where he was aiming, it turned out — but made a 4-footer to save par. He has made one birdie in his past 22 tries on the par 4. … Billy Horschel bogeyed his opening hole, the par-4 10th, after his tee ball got stuck in a tree. … Cameron Smith had five consecutive 5s on the front and nearly did it again on the back — except for a birdie 2 on the 15th. He shot 79 and missed the cut. … Sergio Garcia reached 6 under, then finished with three bogeys in his final four holes. Asked what he was going to work on before Saturday, Garcia smiled and said, “Nothing. I’m going to rest.”