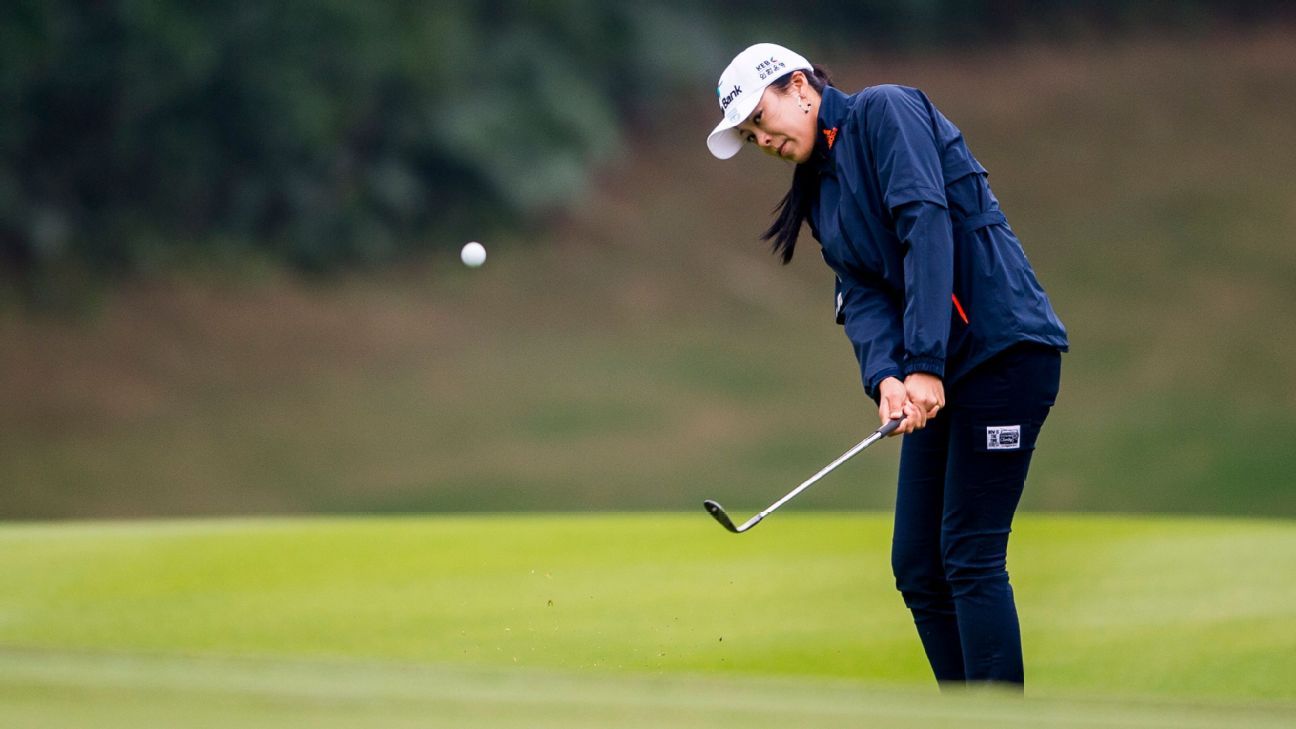 INDIANAPOLIS — Mi Jung Hur kept her two-stroke lead in the Indy Women in Tech Championship on Saturday, birdieing five of the final eight holes for a 6-under 66.

Hur rebounded from an opening bogey with a birdie on the par-5 second. She added birdies on Nos. 9, 11, 13, 14, 16 and 18 to get to 17 under at Brickyard Crossing, the layout that features four holes inside the Indianapolis Motor Speedway oval.

Marina Alex, coming off the United States’ Solheim Cup loss to Europe, was second after a 64.