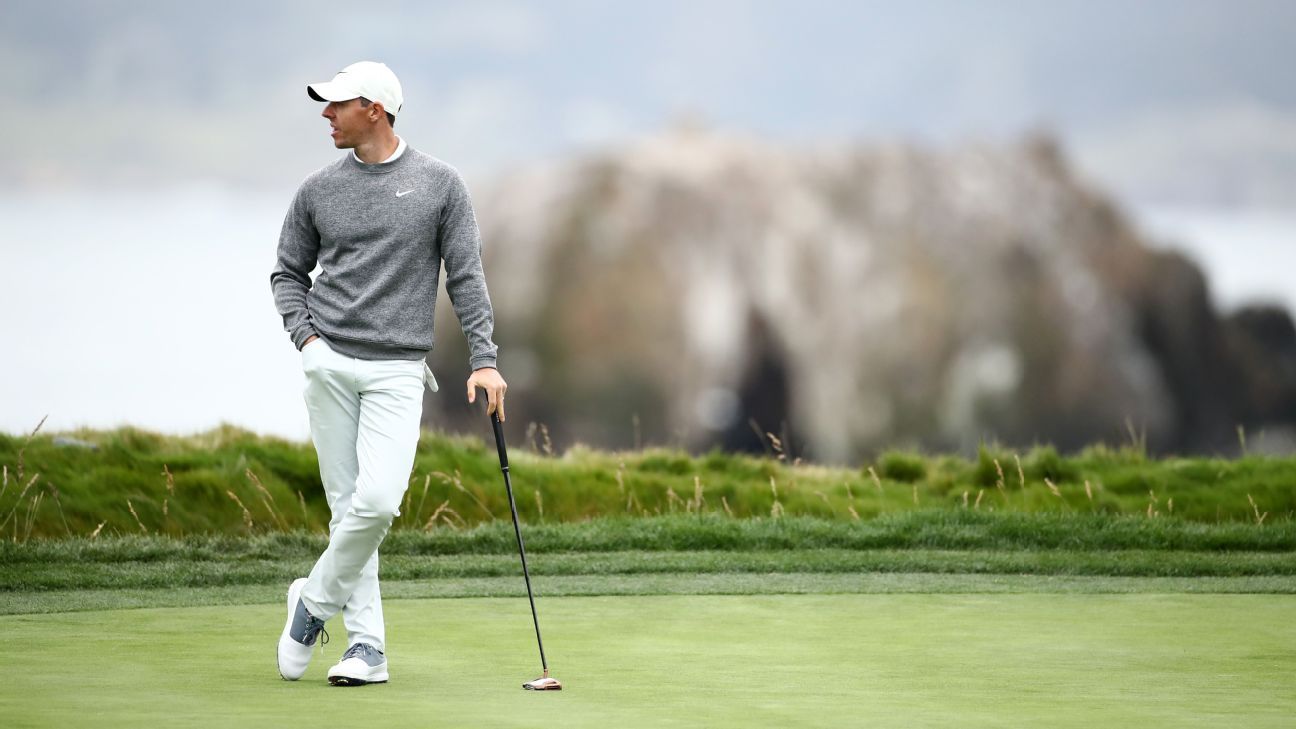 PEBBLE BEACH, Calif. — Tiger Woods missed a short birdie attempt on the sixth hole Friday, trudged toward his waiting caddie, and then profanely informed Joe LaCava that his ball took an unscheduled hop on its way to the cup. The scene summoned Woods’ assessment of Pebble Beach’s Poa annua putting surfaces during the last U.S. Open played here in 2010.

David Fay, then the executive director of the USGA, ripped Woods for ripping the greens, and Tiger responded by maintaining that a lot of players felt the way he did but didn’t have the nerve to say so. The good news? Nobody this time around has picked apart the greens, the rough or the tees. In fact, Zach Johnson, who assailed the USGA at Shinnecock Hills last year, was among those who raved about all the above.

It seems the governing body of the U.S. Open has finally governed itself and allowed the staggering beauty of this iconic course to carry the day, while allowing the world’s best golfers to decide this championship on the merits.

Now the USGA’s elders, those reigning masters of disasters, need to spend the weekend honoring this one simple term of sports-and-entertainment engagement:

Don’t screw it up.

Sounds pretty simple, right? When you have great actors on a great stage, how hard is it to stay out of the way and let the performance speak for itself?

But the USGA has a grim history of spoiling its most compelling dramas. Over the past four years, the Chambers Bay greens, the Dustin Johnson rules fiasco at Oakmont, the comically forgiving conditions at Erin Hills, and the Saturday spitshow at Shinnecock conspired to leave the USGA in a defenseless state. Dozens of players and other figures in the game anonymously fired away recently in Golf Digest, while others aired their grievances on the record.

At the Memorial two weeks ago, Phil Mickelson, six-time runnerup, said that the USGA has screwed up its national championship “100 percent of the time” and that only rain can save the tournament because the ruling body’s decision makers “don’t know how to control themselves.”

There is no weekend rain in the Pebble Beach forecast.

Of course, this is a good time to remind everyone that Mickelson himself delivered the mother of all U.S. Open clown shows last year by swatting a rolling ball; his recent Memorial massacre surely left USGA officials wishing they had a mulligan on their decision not to disqualify him from the Shinnecock field.

Either way, the USGA has to be careful, very careful, with their pin placements here in the third and fourth rounds. Pebble Beach contenders, including Mickelson, have almost unanimously praised the course setup. USGA officials acknowledged this as a critical week in the process of rebuilding their reputation. They swore they had done a lot of listening to players, and it appears they were telling the truth.

But Scott pointed out that the greens can firm up “in an instant here.” To a man the players said the greens on Friday were faster than the greens on Thursday, when 39 players broke par — the most ever in an opening U.S. round not played at Erin Hills. Henrik Stenson said he didn’t think the USGA “particularly liked the low scoring we had” — some 44 players still managed to break par Friday — and predicted tougher course conditions to come.

“I think the USGA would probably have loved the course setup, but they’d probably have loved 5 mile per hour more breeze both days,” said Justin Rose, at 7-under, two shots off Gary Woodland‘s 36-hole lead. “I think the golf course has plenty of teeth in it. Because you’re playing near the ocean you have to respect Mother Nature. You can’t set it up for perfect weather and not get it.”

And that’s a problem — a big one. Graeme McDowell, the 2010 champ, called Pebble Beach “a sleeping giant.” The wind could pick up on the weekend more than USGA officials think, which could make lethal a potential decision to move pin placements tighter to the edges of the smallest greens these players will see all year.

“They got it right where they want it,” Woods said after shooting a 1-over 72 to land at even-par for the tournament. Tiger mentioned the firmness of the course’s run-up areas. “So if they get the greens anywhere like that,” he said, “it will be a hell of a test.”

Another member of Woods’ group, Jordan Spieth, advocated for faster weekend conditions — if only to help his chances to climb the leaderboard — but suggested it would be a bad idea to speed up the 580-yard 14th, the longest hole on the course. “

That got a little out of hand in the 2010 U.S. Open here,” Spieth said. “So there’s certain holes where they probably got to watch it.”

The 14th wasn’t the lone culprit nine years ago. The impossible pin placement on the par-3 17th inspired some players to aim for the bunker and take their up-and-down chances at par. Ryan Moore, once an amateur champion in multiple USGA events, called the 17th in 2010 “completely unreasonable, just a horrible golf hole the way they set it up.”

Even with Woodland, Rose and others threatening to move into double figures under par, USGA officials don’t need to cook up any horrible holes as part of an unnecessary over-correction for Saturday or Sunday. Will they resist temptation and embrace this opportunity to, as Rory McIlroy said, redeem themselves by declining to cross the line separating fair and foul play?

John Bodenhamer replaced Mike Davis as the man responsible for setting up U.S. Open courses. Bodenhamer said that he’s played more than 100 rounds at Pebble since the 1970s, and that he’s never seen the course in better shape. But as much as he acknowledged that the USGA has heard the players’ criticisms, Bodenhamer made it clear that the ruling body isn’t about to abandon its approach.

“Our philosophy has not changed,” he said the other day. “We will continue to endeavor to provide the toughest test, the ultimate test, the most comprehensive test…and really just to create something where players’ shotmaking ability, mental resolve, and physical stamina are tested. We’re not going to lose that.”

But they shouldn’t lose their minds either, and bury their credibility for good at sea. They should count on stronger-than-expected winds off the Pacific, and firmer-than-expected greens. They should keep the pins reasonable, let Pebble be Pebble and, in the end, let the players play.

“A lot of great storylines this weekend,” McDowell said.

Here’s hoping the USGA doesn’t wreck all of them.