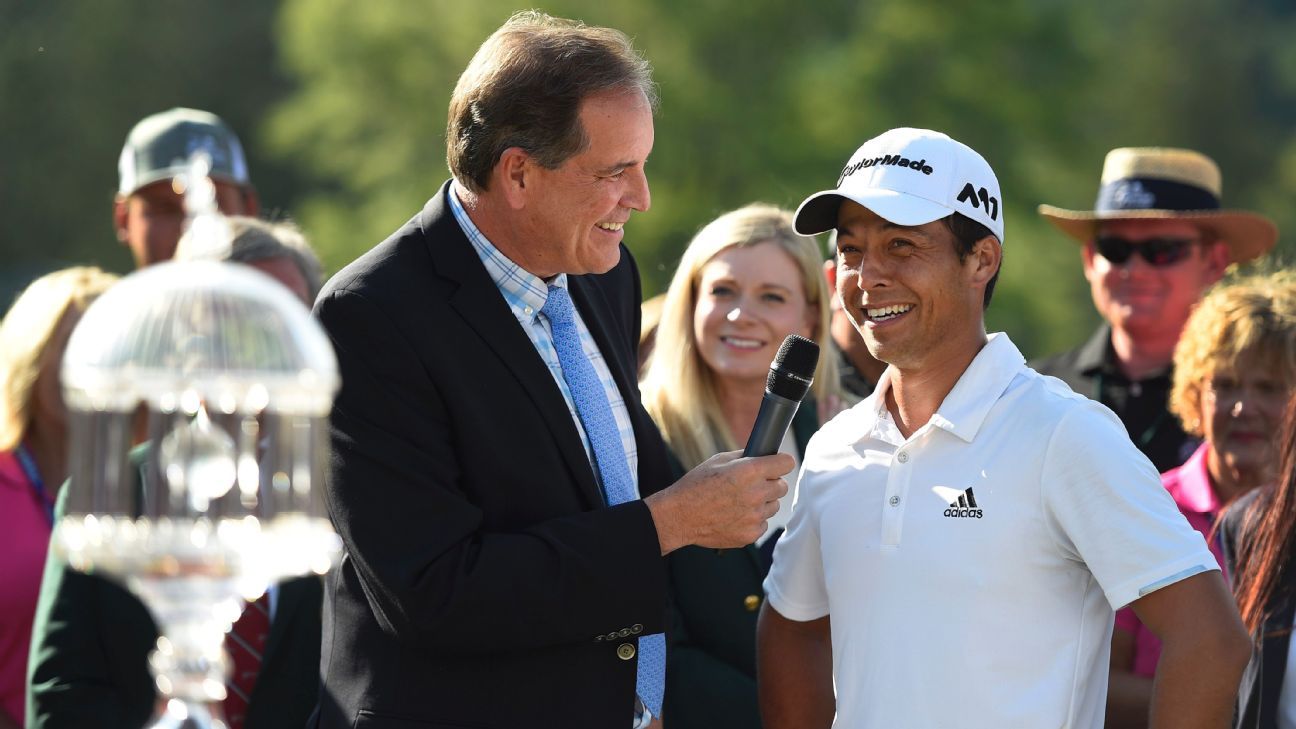 With no spectators, golf promises to be quite different when the PGA Tour returns this week at the Charles Schwab Challenge.

Long-time CBS lead announcer Jim Nantz, for example, will be alone in the 18th hole tower — with lead analyst Nick Faldo working from a studio in Orlando, Florida, and other analysts doing the same.

And only about half of the usual production crew will be on site, according to CBS chairman Sean McManus, who on a conference call Monday laid out the plans for coverage at Colonial Country Club in Forth Worth, Texas.

But there will be a few new wrinkles — including a few players being set up with a microphone and a feature that will see players answering a question via an unnamed camera within the course of a round.

“It’s going to be different,” Nantz said. “I’m not going to have Nick sitting next to me. I won’t have anybody (in the booth). Normally it would be six or seven people. We’re all going to adjust. It’s one of the great challenges I’ve seen in my 35-year career.”

Nantz will be in the booth with a remote camera and nothing else. Faldo and other analysts Frank Nobilo and Ian Baker-Finch will be in a studio at Golf Channel, which has coverage of the first and second rounds as well as early-round coverage on the weekends.

On-course analysts Dottie Pepper and Trevor Immelman are the only other on-air broadcasters on site.

And, Nantz said, world events would be part of the telecast. The COVID-19 crisis as well as the recent social unrest across the country will be addressed.

“We wouldn’t be doing it properly if we didn’t note that there is a lot going on in our country right now,” Nantz said. “I’m 61 years old and I consider this to be the most important moment in our country in my lifetime. We have to get this moment in history right. We can’t let this moment pass without real meaning and progress. I hope to express that. This is not going to be a three-hour commentary.

“It’s just bringing us on the air and bringing you the landscape of the golf tournament and recognizing that golf is a wonderful form of escape for people and a chance to unify.”

From a golf standpoint, CBS wants several players to wear a microphone and has been talking to the PGA Tour about getting more of a commitment to do that going forward.

Also to be experimented with is the “inside the ropes” feature that will be staged perhaps on the 10th tee or after the 10th hole, where players can answer a quick question to be taped and used later, possibly compiled with other answers.

“I think that can make a big difference,” Nantz said. “It’s a wonderful opportunity for the game. They have a chance to go before a sports-starved nation and create a wider audience. But we need the players’ help.”

To meet social distancing guidelines, CBS will not have a main compound, but multiple mobile units will house far fewer people.

“It’s a complicated production,” McManus said. “And far different than anything we’ve ever done.”

The Colonial event is the first PGA Tour tournament since the Players Championship was canceled on March 12 and the first of 11 straight for CBS, which will run through the first FedEx Cup playoff event in August.