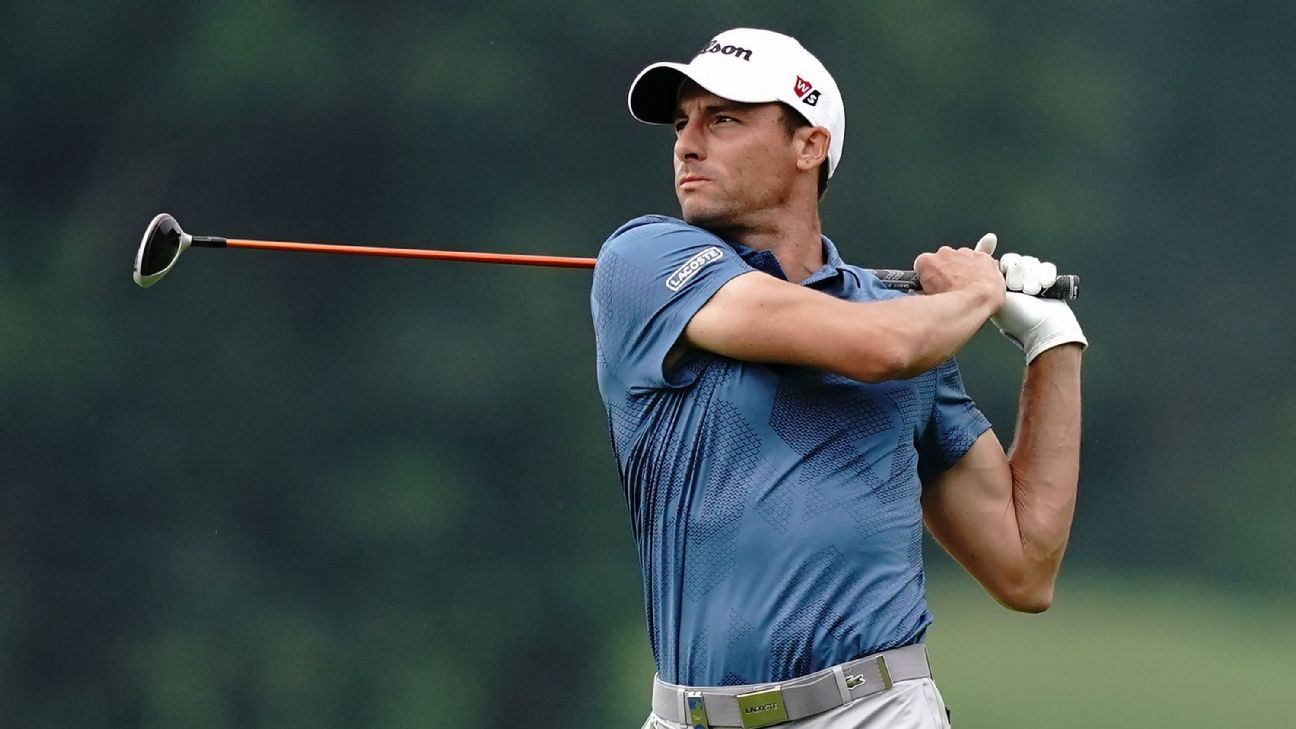 Frenchman Benjamin Hebert surged into a three-shot lead with a fine round of 64 on the penultimate day of the China Open.

Hebert holed six birdies and an eagle to deliver a stunning back nine of 28 and leave himself on 17-under par going into the final round at the Genzon Golf Club.

Spain’s Jorge Campillo and Finlands’s Mikko Korhonen are the main challengers on 14-under, but Hebert has a big advantage as he aims to secure a first European Tour win on Sunday.

“Crazy game, isn’t it? I played very badly on the front nine where I didn’t feel good in my swing,” he told the European Tour website. “I just tried to keep focused on what I’m doing and I found my rhythm in the back nine so I’m happy.

“It’s my first time leading after 54 holes and we’ll see. I’ve worked to be in this position and it’s going to be a very early start so hopefully we’ll have some good conditions and we’ll see what happens.”

Hebert’s impressive run started with successive birdies at the 10th and 11th holes, then he managed to get up and down from the side of the green on the par-5 13th for another gain.

He followed with two more birdies on the 15th and 16th then reached the green in two on the par-5 17th to knock in for a brilliant eagle before making a final gain on 18th.

2015 champion Wu Ashun had opened up a four-shot lead on home soil after a birdie on the 10th but four successive bogeys scuppered his round and he finished in a tie for 4th place on 13-under.

Frenchman Victor Dubuisson is one shot further back on 12-under.