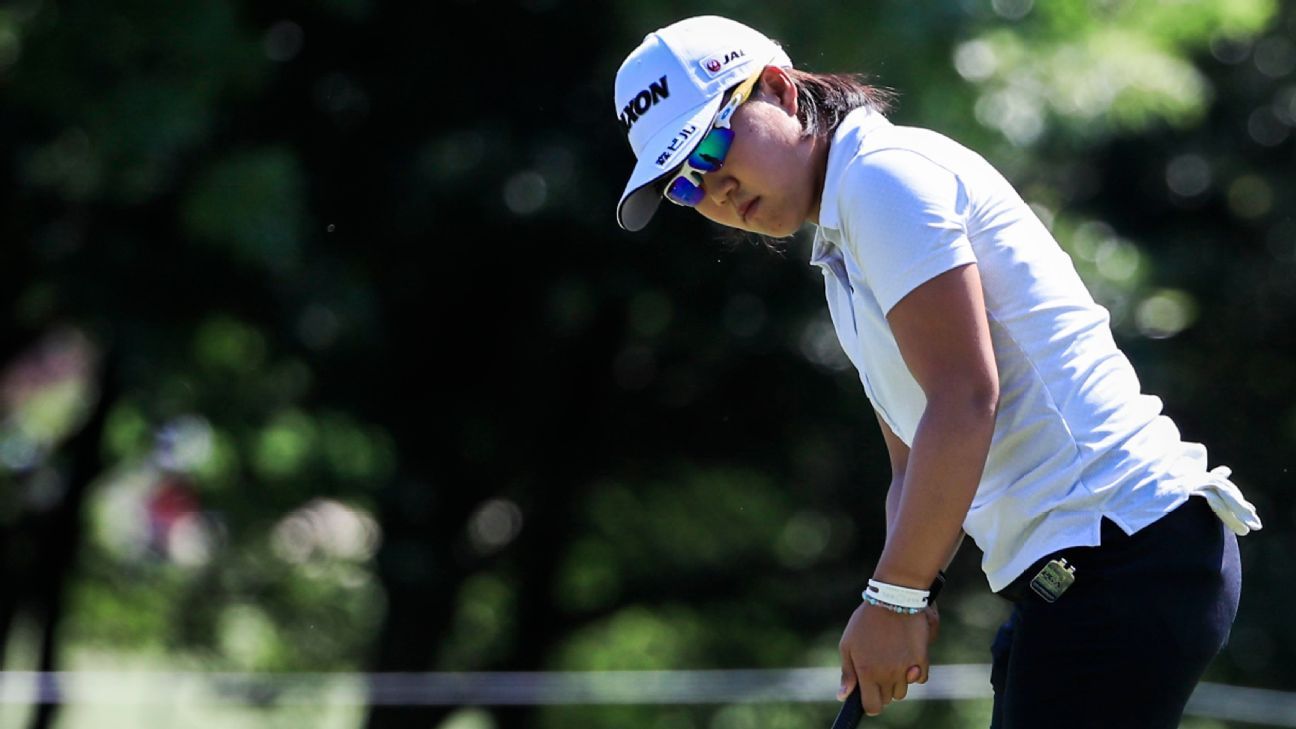 “First couple days I wasn’t putting very well so I didn’t really think I could pull this off,” Hataoka said through a translator. “Until the 18th hole, anything could happen, but I was just very relieved that my second shot landed on the putting surface.”

After driving left into the water en route to a bogey on the par-4 16th, Hataoka hit a sand wedge to a foot for birdie on the par-5 17th and closed with a par on the par-4 18th.

“I forgot about the bogey very quickly,” she said. “I knew that 17 was a chance I could make a birdie, and just very relieved and felt great that I was able to actually get a birdie.”

Hataoka shot a 64 on Saturday to pull within a stroke of Inbee Park entering the final round in the final event before the major ANA Inspiration at Mission Hills in Rancho Mirage.

“Big tournament coming up next week, so I’ll celebrate a little bit but get my mind refreshed and start again next week,” Hataoka said.

Hataoka finished at 18-under 270. She won the NW Arkansas Championship and Japan Classic last year.

“She played really solid,” Inbee Park said. “Didn’t really look like she was feeling the pressure, especially in the way she played the last hole. Just very smart.”

Winless in 12 months, Inbee Park had a 71 to miss a chance for her 20th LPGA Tour victory.

“Just unfortunate day with the putter,” she said. “Never wanted to go in. Just one of those days. I just have to take it. I think it’s still a very good momentum going into next week.”

Hyo Joo Kim matched the course record with a 62 to tie for seventh at 14 under. She parred the first five holes, then played the final 13 in 10 under with an eagle on 16.

“I felt like I had a really great rhythm,” Kim said. “I want to continue that going into next week’s major.”