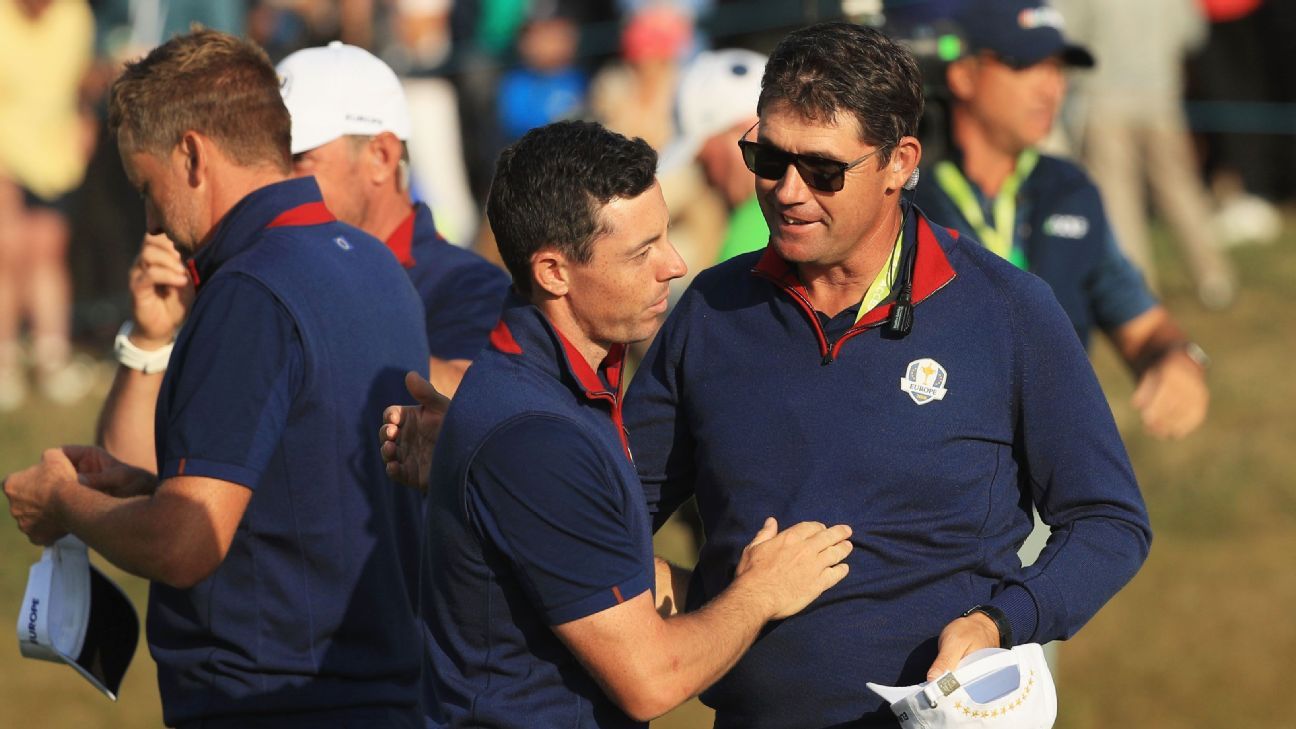 McIlroy told reporters at the season-opening Sentry Tournament of Champions last week that he saw the European Tour as a “stepping stone” to its U.S. equivalent, the PGA Tour.

The four-time major champion plans to give up his European Tour membership to focus on the PGA this season, and reportedly wants to play only two European Tour events in 2019.

But Harrington, who was unveiled as European captain at a press conference on Tuesday, said the 29-year-old remains committed to being a key member of the team that will aim to retain the Ryder Cup when they travel to Whistling Straits in 2020.

By giving up his European Tour membership, McIlroy could cost himself the chance of being a Ryder Cup captain in the future. New European Tour rules state giving up membership makes you ineligible, although the decision would not impact his playing status.

McIlory has competed in five Ryder Cups as a player and has been on the winning side four times since making his debut in 2010. Harrington has worked closely with McIlroy in recent years, having served as a vice captain at the past three tournaments.

“I know there’s words there, but the actions are nowhere near match up,” Harrington added.

“He is as European as they come. Yes, he’s moved to the States. His family’s there. He wants to win the Masters and those words are coming out but his actions are not that way at all. His actions are so European.”

McIlory hopes concentrating on playing in the U.S. will better prepare him to add to his four major titles this season. The last of his major championships came in 2014.