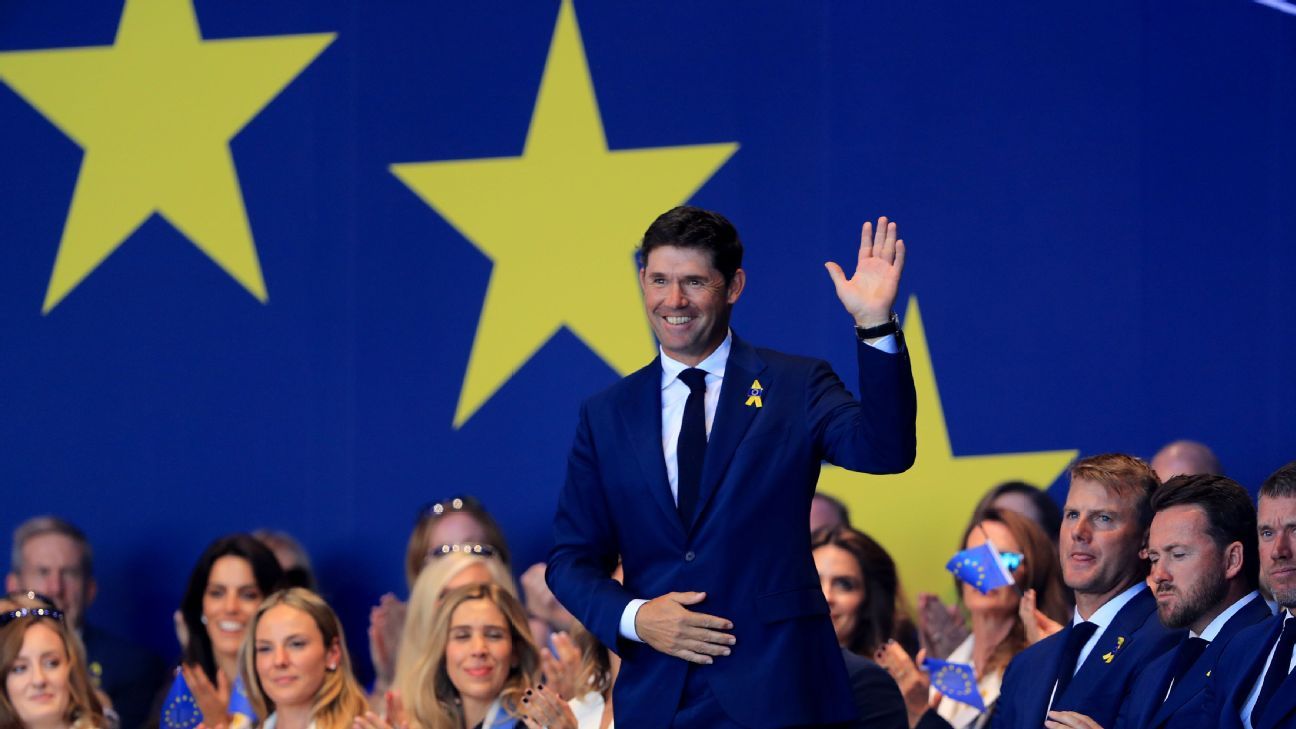 Padraig Harrington was named European Ryder Cup captain on Tuesday, pledging to do all he can to continue the high level of success the team has enjoyed through his playing career.

Harrington, 47, a three-time major winner who played on six European teams, takes over for Thomas Bjorn, who oversaw a rousing success in France in September when Europe defeated the Americans 16 ½ to 9 ½, a seventh victory in the last 10 Ryder Cups.

The 2020 Ryder Cup will be played at Whistling Straits in Wisconsin, site of three PGA Championships.

“There seems to be a natural progression,” Harrington said during a news conference at European Tour headquarters near London. “It seems to be the right time and place for me in my career. But just because it seems like my turn, it’s something I thought long and hard about. Was it the right time?

“I realize it’s good timing in my career, but I always realize it’s probably the best setting for the team, going to the U.S. having me the captain at this time. When I talked to the other players and potential captains going forward, it seemed to fit nicely that I go and do the away match.”

Harrington, who is from Ireland, was a vice captain on the last three European teams, victories at Gleneagles in 2014 and Le Golf National in 2018 and a loss at Hazeltine in 2016.

The winner of the 2007 Open at Carnoustie, the 2008 Open at Royal Birkdale and the 2008 PGA Championship at Oakland Hills, Harrington went 9-13-3 in six consecutive appearances for Europe from 1999 through 2010, playing on four winning teams. He has 15 European Tour victories and six on the PGA Tour.

Almost from the time the last putt dropped at the Ryder Cup in France, Harrington was deemed the likely pick for 2020. England’s Lee Westwood would have been another contender, but he made it known publicly that he preferred to wait for the 2022 Ryder Cup in Rome.

And Harrington seemingly had no naysayers among the players.

“I am very encouraged by the support I have received from the players,” he said. “The current players who are going to play under me have been very supportive. I know they want continuity. Their confidence in me I feel will be well placed. It is very important that I have that feeling of support because I have to be a confident captain as much as need 12 confident players.”

Despite considerable European success, Harrington said 2020 is a new match, a new venue, and the pressure to continue Europe’s winning ways is real.

“It’s an away match, and I have to be part of this and try to find an edge to try and get the most out of their abilities and hopefully get a win,” Harrington said. “It’s a different league, a different level. I really feel conscious that I have to find that edge. And I don’t take it lightly. It’s something I will take on over the next 18 months.”

The U.S. is expected to name its 2020 captain sometime this spring, with the leading contender Steve Stricker, who served as a vice captain for the last three Ryder Cups and was the 2017 U.S. Presidents Cup captain.