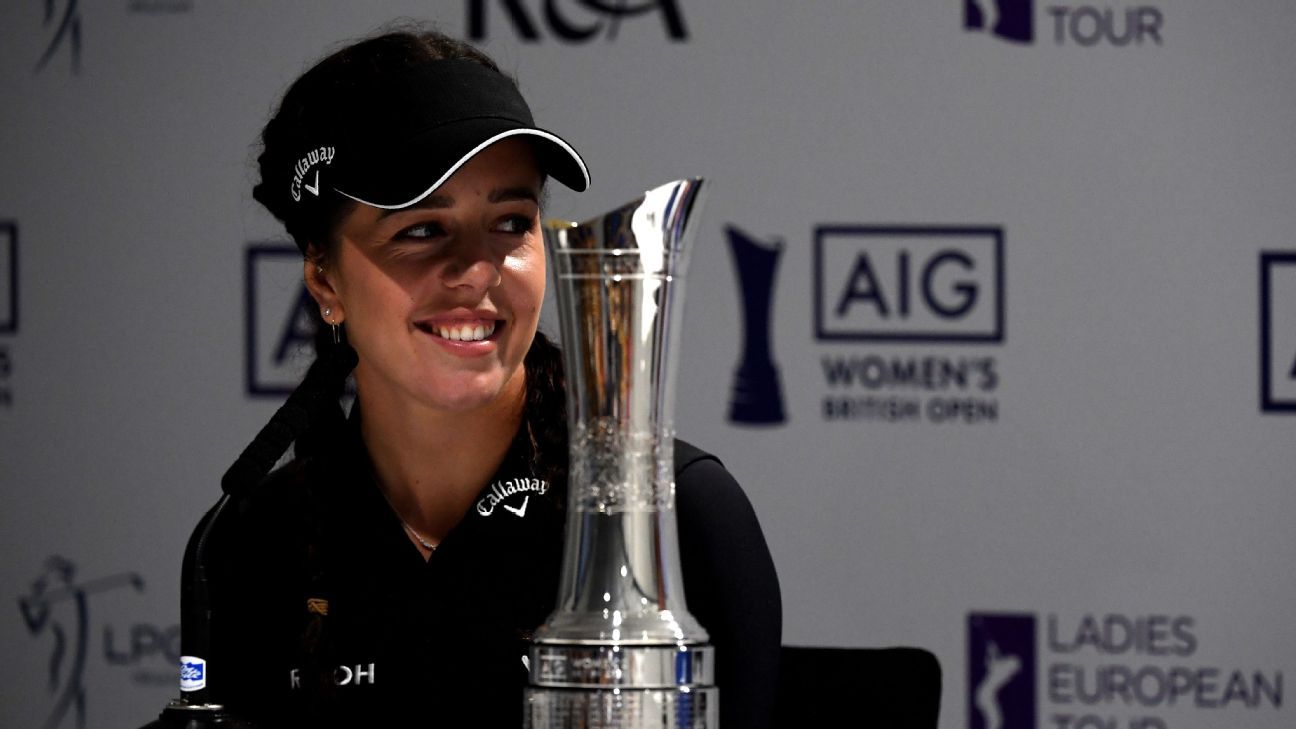 Defending Champion Georgia Hall has revealed she had her replica version of the British Open trophy stolen from her car two months ago.

Hall, who claimed her only major victory to date with victory on home soil at the Royal Lytham & St. Annes Golf Club last year, had her replica version of the trophy stolen during a visit to London, where she planned to have the trophy engraved with the names of the tournament’s previous champions.

The trophy was stolen in broad daylight after the back window of her car was smashed in.

“I don’t know if they knew it was me or not, because it was in the box and everything,” Hall told a news conference ahead of her title defence. “I had golf clubs as well, and they didn’t take that. A bit strange.

“I was on my own and nothing happened to me like that before, so I was a little bit scared.

“I obviously feel a little bit silly having it in the car. I hope the police can find it but it’s probably been melted down and sold.

“But you know, some things happen like this in life and you just get on with it I suppose.”

Tournament organisers are working on an insurance claim to get a replacement trophy for Hall, but while that could take months to arrange, Hall is hoping to get her hands back on the original trophy by winning this week’s event.