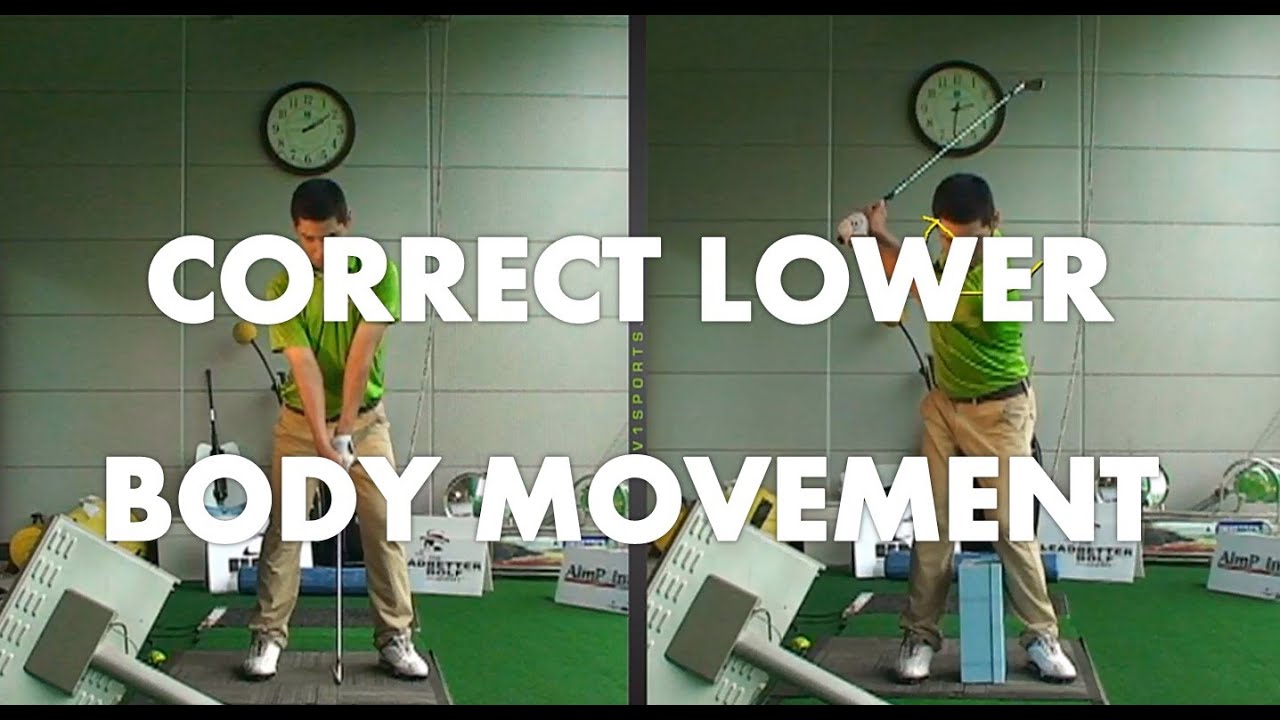 Transcript
Ok. Here is a lesson I did earlier in the summer. A good lesson for anybody who struggles making the correct transition from the ground up, and perhaps anybody struggling with getting the club over the top, a little bit steep, or any pull shots and slice shots. But the main message I want to get across here, it’s hard for most players – it’s not a good idea overly restricting your hips, or overly restricting your legs in the backswing. You really have to be very flexible or almost hyper mobile before you really want to consider that. And I think this lesson should show you this.

First of all, I said this player’s stance is a little wide, making it difficult to transfer the pressure in his feet correctly. But the main message I wanted to get across to him was how he overly restricted his left side, his left knee. He almost pushed it out on the back swing, overly restricted his hips, so his pressure wouldn’t transfer in his right side correctly. And for me, he wasn’t putting himself in the position which would encourage the correct transition. Maybe you can’t see that right now, but you will after you see the drill and the new swing.

But his problem was that from this, everything would move together, club, arm, shoulders, hips, in the downswing. He would pull his arms very hard rather than leaving the downswing from the ground up. This would cause the club to come down a little too much in front of him, on a slightly steep angle. His club head would be traveling to the left of the target and too much down under the golf ball at impact. He would hit poor strikes, pull shots, and weak cuts to the right, because he was dominating his downswing with his upper body and his arms. This is quite clear because his shoulders are more open at impact than what his hips are. So he’s not using his lower body correctly.

But what I asked him to do was, first of all, I wanted him to narrow his stance. And then we did a drill where I put a cardboard box, and I asked him that as his shoulders are turning, let his knees remain soft. Don’t overly restrict them, and let your left knee come across to the ball line. So he just touched the cardboard box, the shoe box, at the top of the back swing.

This allowed his hips to turn a little more freely. His left knee was more crossed, and for me, this is now a much more instinctive position to start the downswing from the ground up. You can see now, quite clearly, there’s no pulling of the arms. The lower body is starting the downswing with a weight shift to the left, left hip rotating. But the good part, this was instinctive. He didn’t really think about this. It came from freeing up the movement in the back swing.

Now, if we move on, he has this feeling. We transferred this to his full swing, letting his legs move, letting the left knee come across, he became a lot more free to turn. And from that, the lower body started the downswing, improved his weight transfer, improved his left hip turning out of the way. You can see that clearly with the left leg position at impact. It’s not so buckled and bent. Improved weight shift, improved rotation.

So as I said, the key here is, I know it’s been talked about a lot over the years, but really, for most players, don’t overly try to restrict your legs, your hips in the back swing. You really have to be very flexible, almost hyper mobile before you consider that. Your lower body can follow the rotation of your upper body. And I think for most players, the left knee coming across to the ball line, as you finish the top of your back swing, is a good thing. It will encourage the correct transition. It will make your transition more instinctive.

PGA Merchandise Show 2020: Six simple training aids that could make a big difference in your game
Michael Breed’s basics to making a better hybrid swing
Michael Breed: How to flush it off the deck with a 3-wood
Gulbis to retire at end of 2020 LPGA season
Demo Day 2020: Five affordable new launch monitors that are geared for the everyman