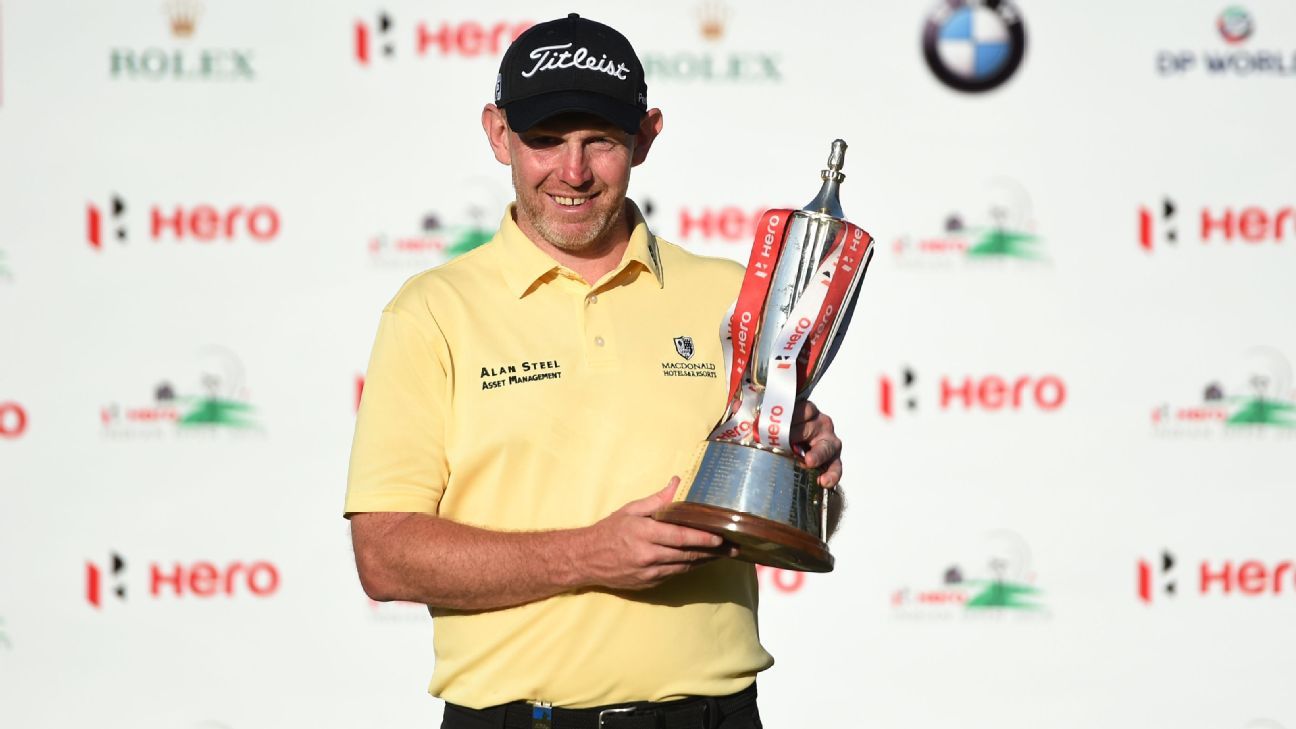 Scotland’s Stephen Gallacher sunk three birdies in his final four holes to complete a remarkable one-stroke victory at the Indian Open on Sunday for his fourth European Tour title.

The 44-year-old overcame a terrible quadruple-bogey eight on the seventh hole to finish 1-under-par 71 on a windy day at the DLF Golf and Country Club for a tournament total of 9 under.

Japan’s Masahiro Kawamura needed to hole his approach shot to the 18th green to force a playoff but ended up short and finished a stroke behind on 8 under after a final round 73.

Spaniard Jorge Campillo was a shot further back in third with overnight joint leader Julian Suri of the United States finishing tied for the fourth place alongside South African Christiaan Bezuidenhout at 6 under.

The win ended a five-year wait for a European Tour title for the 2014 Ryder Cup player, who had shared the lead after the opening round, and has his son Jack caddying for him this season.

Gallacher also had bogeys on the third and the tricky 14th but a total of seven birdies more than compensated for the dropped shots on a day when low scoring was difficult.

Playing just his second event of the season after undergoing surgery on an abdominal hernia, Suri had shown good form at the DLF Golf and Country Club, which is known for its tough layout.

The 27-year-old, who is of Indian descent, led by three strokes after 12 holes on Sunday but his hard work was undone due to a quadruple-bogey on the par-four 14th.

England’s Callum Shinkwin, who had a two-stroke advantage alongside Suri at the start of the final round, carded 78 to finish tied for sixth.

Finn Kalle Samooja scored the third hole-in-one in the tournament when he aced the 12th with a pitching wedge.