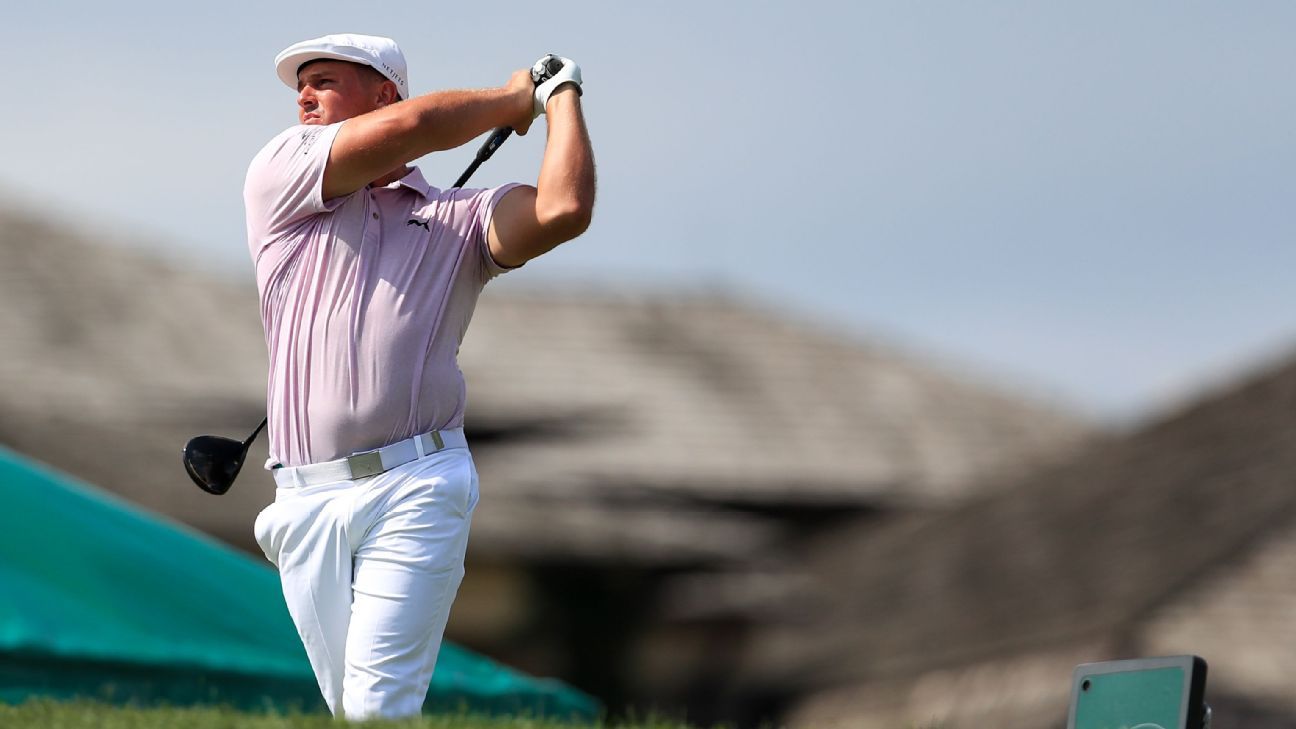 DUBLIN, Ohio — Bryson DeChambeau had his worst-ever score on a hole when he had a quintuple-bogey 10 on the par-5 15th hole during the second round of the Memorial Tournament on Friday.

To make matters worse, the score took DeChambeau from safely inside the cut line to missing the weekend at Muirfield Village.

DeChambeau, who has consistently made headlines of late with his ability to drive the ball more than 400 yards, hit his tee shot into the creek left of the fairway. Rather than poke the ball back into play from the rough, DeChambeau, who was still 289 yards from the pin, attempted to use his 3-wood.

Bad decision, as that shot flew out of bounds.

DeChambeau then hit a provisional ball just in case he was able to find the previous shot. That ball, too, went out of bounds.

He finally had success in keeping the ball in bounds with his 3-wood at his fourth crack at it, but the ball settled in the thick rough short of the creek — still 40 yards from the hole.

DeChambeau, who was about to hit his eighth shot, then found his third shot up against a metal boundary fence. He tried to plead his case to a rules official that the ball was still in play. The rules officials, however, determined that the ball out was out of play.

Clearly frustrated at the ruling, DeChambeau picked up that ball and then hit shot No. 8 onto the green. He two putted to card a 10.

DeChambeau had never posted a score worse than an eight on a PGA Tour hole prior to Thursday’s quintuple-bogey. The 10 dropped him from 1 over for the tournament to 6 over. He finished with a birdie on his final hole, but the damage had already been done.