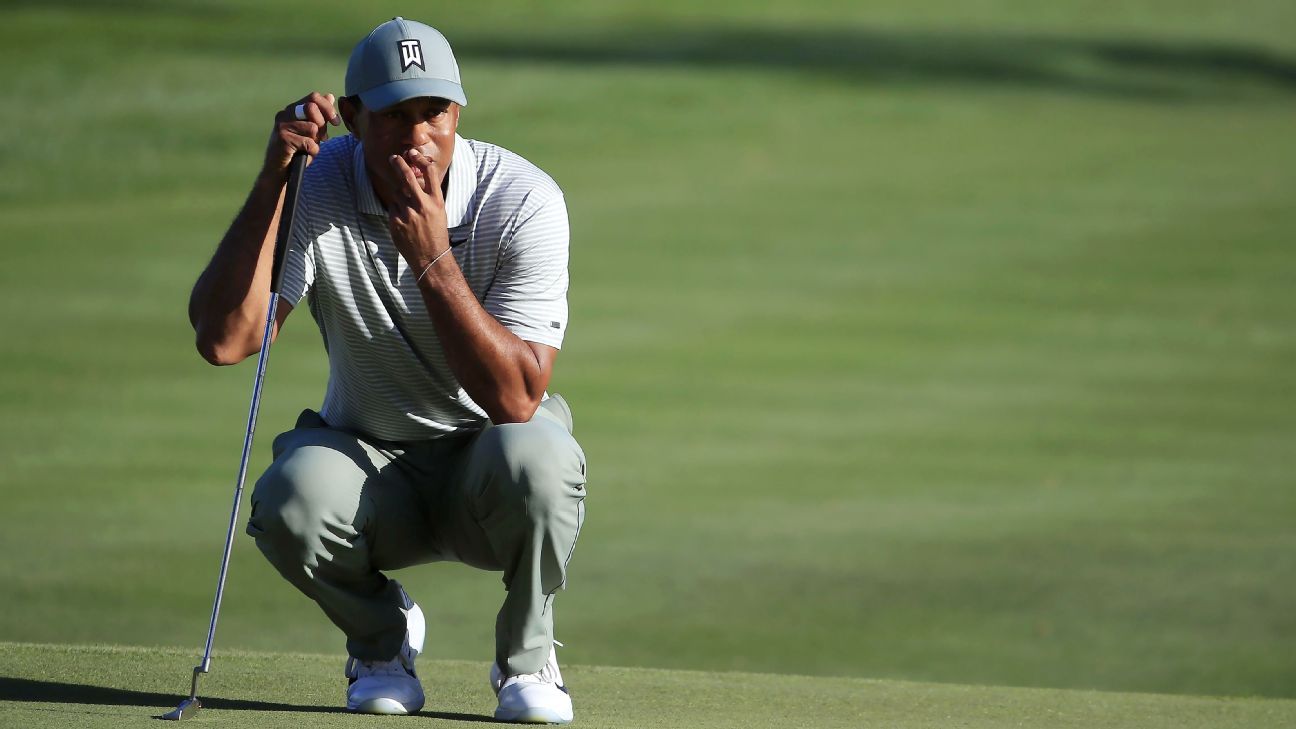 PONTE VEDRA BEACH, Fla. — A new spot on the calendar changed the look of The Players, but not the drama. There was Tiger reeling off birdies and bogeys, Phil Mickelson struggling in an event he wasn’t sure he’d play in the first place and strong starts from names like Rory McIlroy and Tommy Fleetwood. And there was an albatross, an eagle and a host of low scores.

So what will Round 2 bring?

On Tiger’s start, and his earlier start Friday

For the first time in last six PGA Tour rounds, Woods didn’t have a three-putt in his opening round 70 at The Players Championship at the Stadium Course at TPC Sawgrass on Thursday.

It’s Woods’ second-lowest opening round at The Players since firing a 67 in 2013, when he won the tournament for the second time.

Earlier this week, Woods spent time with Thomas’ coach, Matt Killen, during a practice round and on the putting green.

“It wasn’t like I had to do a lot,” Woods said. “I just got back into something that I do naturally. I putt with the toe moving and the toe releasing. My face moves a lot more than most players do. We just went back to that. I feel like I can go ahead and hit it with my right hand again. It felt good again.”

Woods said his recent neck injury only exasperated his putting woes. In his previous two Tour events, he had 12 three-putts or worse. In his third round at the WGC-Mexico Championship, he even had his first four-putt in a non-major since 2010 at Quail Hollow.

“I felt like I rolled it [in Thursday’s first round],” Woods said. “I was able to get out there and feel comfortable. It felt pretty good.”

Tiger Woods explains how despite only shooting for par once on the back nine, he still felt comfortable out on the green.

Woods’ improved performance on the green kept him in contention after the first round; he trails co-leaders Tommy Fleetwood and Keegan Bradley by five shots.

Woods hopes an earlier tee time on Friday will help bring him even closer to the leaders. Four of the seven players with scores of 5-under or better on Thursday teed off before the wind started blowing in the afternoon.

“That’s what most of the guys did earlier today — they all went low,” Woods said. “All the low rounds seemed like they went out in the morning. Hopefully, we can catch it on the calm side and post a low number, and then see if the guys have to face what we had to face in the afternoon today, when it was moving pretty good.”

A short visit for Phil Mickelson?

Will Phil Mickelson miss another cut at the Players? After having doubts about whether to play this week, Mickelson shot an opening-round 74.

It’s the fifth time in the last seven years that Mickelson failed to break par in the opening round here. He’s missed the cut five times in the last six years.

After missing the cut at Bay Hill last week, Mickelson nearly pulled out of the Players. He didn’t decide to stay in the field until after he saw the course in person.

“The setup was really good, I think, because the rough is playable. The condition of the course is really good,” Mickelson said. “The greens are soft. The conditions couldn’t be better for scoring. Unfortunately, I just don’t play this course very well, and that’s the bottom line.”

Mickelson started on the back and shot 1-under with birdies on Nos. 12 and 17. After making another birdie on No. 1 to move to 2-under, things fell apart for him on the par-3 No. 3 hole, where he four-putted for a triple bogey.

“I tried to hit an 8-iron to the center of the green,” Mickelson said. “I pushed it left, the only place you can’t go. I was so upset I couldn’t get the ball on the green, I lost my focus and four-putted.”

On the No. 5 hole, he hit his second shot off a cart path and two-putted for bogey.

For the first time in 47 career PGA Tour events, Fleetwood has at least a share of an 18-hole lead after a 7-under 65. Fleetwood shot 30 on the front nine, becoming only the third player in the last 20 years to shoot 6-under on the front in the first round. Fleetwood hit 10 of 14 fairways and ranked second in strokes gained: tee to green at 4.610.

“I stayed patient,” Fleetwood said. “The wind picked up and the course got tough. There were some tough holes there, but I kind of drove it so well that I was always in a good position. If you’re in the fairway all the time, the course feels very, very different, and it’s a massive key around here.”

Rory’s in it again

For the second time in three PGA Tour events, Rory McIlroy opened with a round in the 60s. He shot 67, two shots behind Fleetwood, after shooting a 63 in the first round en route to a solo second at the WGC-Mexico Championship in February. He’s finished no worse than T-6 in 2019, but does not have a win.

McIlroy said the course’s March setup, with shorter rye rough, plusher fairways and softer greens, invited him to be more aggressive than he’d been in the past, when the Players was traditionally played in May.

“I think the course over the last 10 years, it hasn’t lent itself to aggressive play,” McIlroy said. “It’s sort of position and irons off tees and really trying to plot your way around the golf course, where I hit drivers on holes today that I would have never hit driver the last few years.”

One of those holes was the par-4 No. 4 hole, where McIlroy cranked a 295-yard drive, leaving him 94 yards to the hole. He two-putted for par.

“Even when you’re aggressive and you miss, it’s a touch easier to get yourself back into position,” McIlroy said. “The rough isn’t as long or as gnarly. You’re running into pine straw and you still have some sort of a shot and control of your ball.

When the key players hit the course

Where will all the action happen this time?

Who’s coming up with the great shots on Friday. Because we witnessed some rare ones in the opening round?

Harris English became only the fifth player in Players history to have a double-eagle — and only the second to do it on the 11th hole. Hunter Mahan accomplished the feat on that hole during the second round in 2007.

English hit a 3-iron from 236 yards and, just like that, he went from 1-over to 2-under, which is where he ended up after his opening round.

“It was pretty surreal,” English said. “I was just trying to get a 3-iron on the green somewhere, and it came off exactly how I wanted it to. When it landed, people clapped a little bit and then all of the sudden they erupted. I was like, ‘Really? Did that just go in?'”

As a high school senior at The Baylor School in Chattanooga, Tennessee, English holed out on consecutive holes in the state championship tournament. Last season, he had his first career ace in a PGA Tour event in the Dominican Republic.

He says the albatross on Thursday was better.

Later in the day, Ryan Moore had the ninth hole-in-one on the iconic 17th hole. It was the first ace of Moore’s Tour career. Sergio Garcia was the last player to do it on the island green, in 2017.

According to ESPN Stats & Info, there were 857 tee shots on No. 17 between Garcia’s and Moore’s aces.