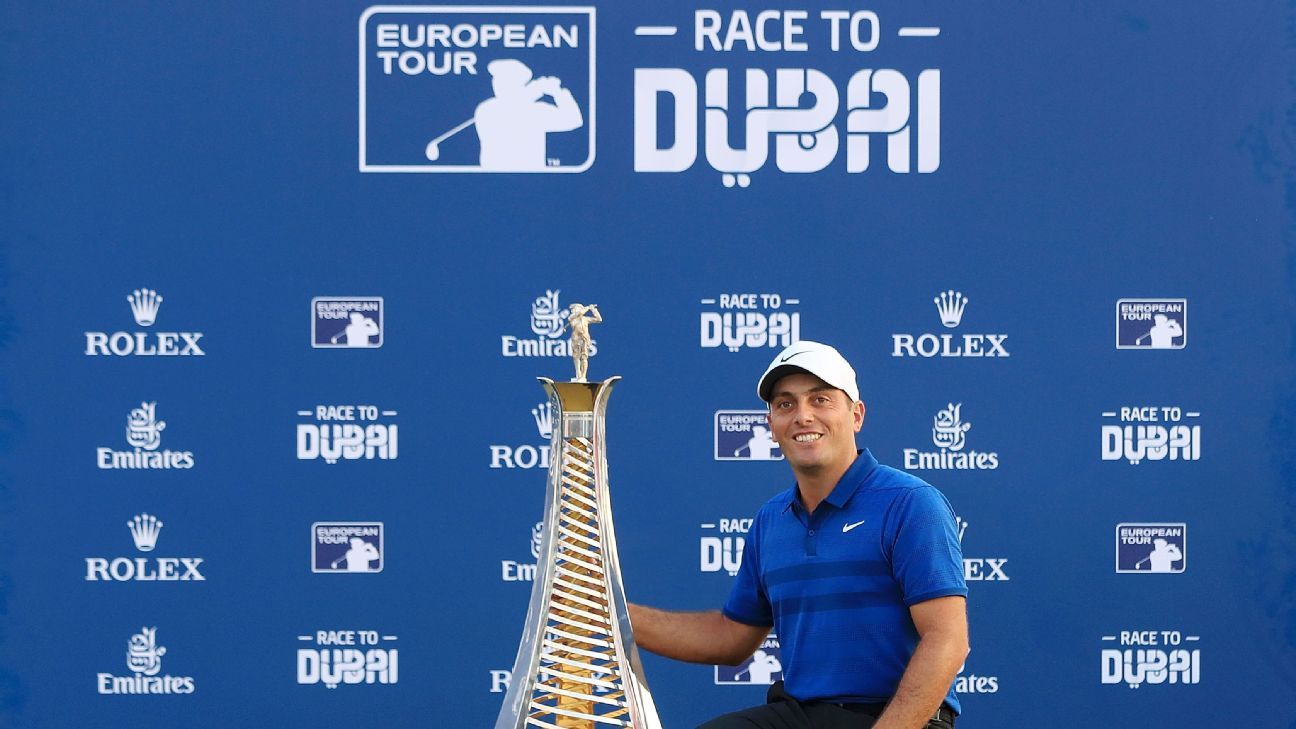 The European Tour will offer the most prize money for a single tournament win in the history of golf after making changes to its final events in 2019.

The winner of the season-ending DP World Tour Championships in Dubai will earn $3 million (£2.3 million), more than double the $1.33 million reward given to 2018’s winner Danny Willett.

The pay-out is also far above the previous highest first prize in golf of $2.16m (£1.68m) awarded to the winner of the US Open in June.

Dubai’s tournament is one of three Rolex Series events that mark the finish of the European Tour season in November alongside the Turkish Airlines Open in Antalya, Turkey and the Nedbank Golf Challenge in Sun City, South Africa.

Those tournaments will also see significant increases in prize money offered to the winner with the Turkish Airlines Open paying out $2m (£1.55m) and the winner in South Africa earning $2.5m ($1.94m).

Alongside the prize money changes, the points on offer contributing in the Race to Dubai, which decides the No. 1 player on the European Tour, will also rise.

The size of the field at the three tournaments will progressively decreased from 70 to 50 to increase competition and the bonus pool distributed at the end of the season will now be paid out only to the top five players on the Tour rather than the top ten.

“The changes we have announced today in terms of enhanced winner’s cheques, Race to Dubai points and Bonus Pool dividend are designed to increase the excitement around the end of the season for our fans, as well as encourage greater top player participation in our final three events,” the Chief Executive of the European Tour Keith Pelley told the organisation’s website.

“With the revised prize money breakdown and the extra Race to Dubai points in place for 2019, this provides a tremendous incentive for our players.”

The World Tour Championships is scheduled for Nov. 21 – 24 at the Jumeirah Golf Estates in Dubai.