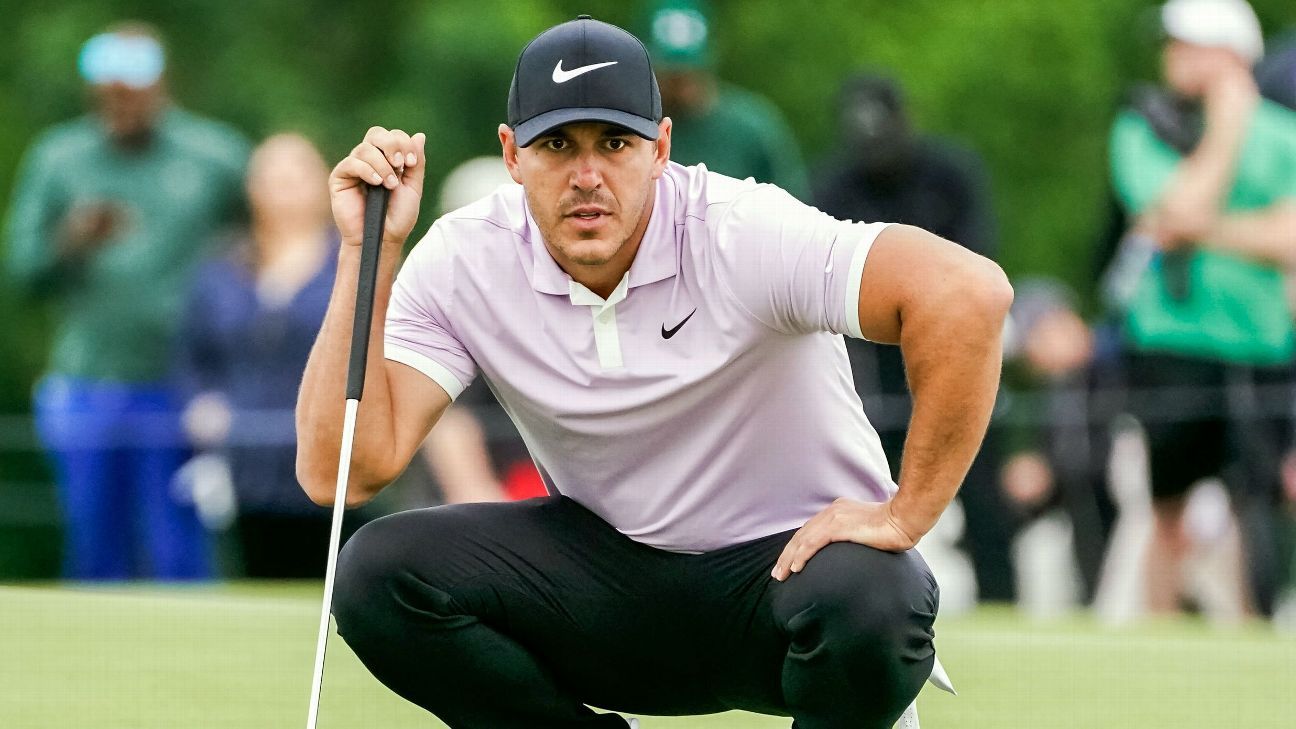 FARMINGDALE, N.Y. — All the talking points are in place:

That just about covers it.

With all that as the backdrop, who will take home this year’s PGA Championship? (Koepka should not feel slighted when he reads this list).

Matt Barrie, ESPN
Winner: Tony Finau
Why he’ll win: Bethpage Black is long. And it’s wet. This week will truly be about the bombers, and Finau fits the mold. After a T-5 at the Masters, and top 10s in four of his past five major stars, Finau has proved it’s only a matter of time. The New York crowd will love Finau, and he’ll love them back by breaking through with his first major championship.

Michael Collins, ESPN
Winner: Tony Finau
Why he’ll win: Even with the change of schedule, the PGA Championship is a place for first-time major championship winners. Finau is a bomber, which is needed with the course and the weather at Bethpage Black. Most importantly, Finau has a great attitude, which is a key factor on a course this brutally hard.

Chris Fallica, ESPN Stats & Information
Winner: Tony Finau
Why he’ll win: It’s easy — and could prove to be correct — to take Brooks Koepka or Dustin Johnson this week. So I’ll mix it up and go with Tony Finau, who was the darling to win the 2018 PGA at Bellerive. And after an opening-round 74, he played great over the final three rounds. With four top 10s and a pair of top 5s in the past five majors, this could be the one for the 54-hole co-leader at the 2018 U.S. Open and the man who entered the final round of last month’s Masters in second. Few players can string together par-breakers like this guy, and given 15-under or so will likely win, he fits the bill. One other factor here is that the very likable Finau is someone the New York crowd will get behind should he be in the mix on Sunday.

Michael Eaves, ESPN
Winner: Brooks Koepka
Why he’ll win: Over the past two years, no one has done a better job of peaking for the majors than Koepka. And right now, he’s playing too well not to take advantage of Bethpage’s layout.

Charlotte Gibson, ESPN The Magazine
Winner: Brooks Koepka
Why he’ll win: At Bethpage Black, distance off the tee matters. Koepka’s length (not to mention his strength both mentally and physically) will play well on Long Island this week. Plus, it’s an added bonus that he has won three of the last seven majors and either won or finished second in three of the past four. To top it all off, his recent tiff with Golf Channel’s Brandel Chamblee is just the motivating factor that he needs before claiming another major. I am all-in on Koepka this week.

Mike Golic, ESPN
Winner: Dustin Johnson
Why he’ll win: He’s a long-ball hitter and a long-stride walker, which will help as there is about a mile more walking distance at this course per round than at an average PGA Tour course.

Mike Greenberg, ESPN
Winner: Brooks Koepka
Why he’ll win: No one has been better in major championships the past two years. With his length he can handle the carries and generally play this golf course in ways most players cannot.

Bob Harig, ESPN.com
Winner: Brooks Koepka
Why he’ll win: Does anyone do slights better than Koepka? He’s the defending PGA champion, but guess who all will be talking about? And yet it was Koepka with the last best chance to derail Tiger Woods at the Masters, was the guy who beat Woods at last year’s PGA Championship, and the one with a game well-suited for a brute of a course in Bethpage.

Peter Lawrence-Riddell, ESPN.com
Winner: Brooks Koepka
Why he’ll win: The Long Island repeat for Koepka, and back-to-back PGA Championships. If his driver is on, which it usually seems to be at majors, Koepka is going to be tough to beat at Bethpage. The Black Course should be wet and it will definitely be long, both things that will favor the big hitters –and Koepka is one of the biggest (regardless of what weight he’s playing at). Koepka seems to always be in contention at the majors, and this week shouldn’t be any different.

Ian O’Connor, ESPN.com
Winner: Brooks Koepka
Why he’ll win: As Fred Couples said recently, Koepka is a machine. He’s won three of his past seven major starts and nearly made it four last month at the Masters. If Koepka can channel his anger over that missed putt at Augusta into a positive force, Bethpage is in serious trouble.

Nick Pietruszkiewicz, ESPN.com
Winner: Rory McIlroy
Why he’ll win: Seems like forever ago he was the runaway favorite to win the Masters. Oh, right, that was last month. We can talk about the big hitters — Koepka and Finau and DJ — but it’s not like McIlroy is going to be slapping bunts around Bethpage Black. He can fly it all the places the winner of the year’s second major will need to fly it.

Trey Wingo, ESPN
Winner: Brooks Koepka
Why he’ll win: He has been playing well. He’s the defending champion, and he happens to hit it a country mile — a must at Bethpage. Look for Brooks to have two Wanamaker trophies and two U.S. Open trophies at the same time