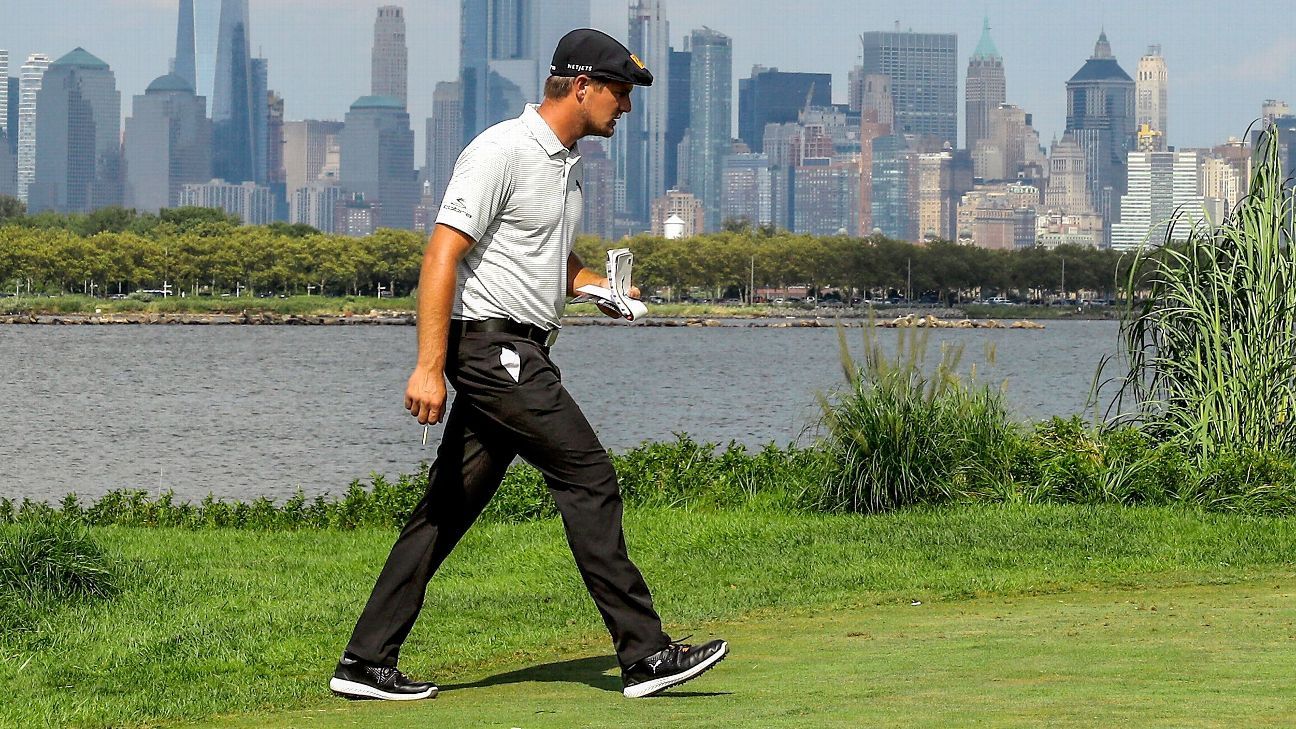 MEDINAH, Ill. – After a weekend of acrimony over slow play that included criticism from his peers, Bryson DeChambeau said he will “do my very best to improve my pace,” in an Instagram post.

DeChambeau, a five-time PGA Tour winner whose unique approach to the game includes single-length iron, came under fire for two instances of slow play last week at the Northern Trust that made the social media rounds and led to harsh criticism.

The golfer was clearly upset by the backlash, twice defending himself to reporters and suggesting that his speed in getting to the ball should balance any extra time he might take to hit it. He even had a conversation on the putting green with Brooks Koepka – who has been highly critical of slow play – prior to the final round of the Northern Trust.

“Slow play affects the quality of the game for both players and fans and I’ve always had the utmost respect for my playing partners, inlcuidng JT (Justin Thomas) and Tommy (Fleetwood),” DeChambeau wrote, referring to his playing partners during the first two rounds at Liberty National.

“I’m constantly trying to improve and will do my very best to improve my pace. Golf is my passion, my livelihood. It’s my responsibility to help improve the game to be more enjoyable for all.

Pace of play has been an issue for golf at all levels for a long time, and I’m committed to be part of the solution, not the problem. I want to be a good representative of the game and the PGA Tour and I’m looking forward to working with the Tour and fellow players to find a solution to slow play.”

The PGA Tour announced on Sunday that it will review its policy and consider ways to penalize players even if their group is not out of position.

Under the current policy, players are “on the clock” when their group falls out of position, usually meaning they fall a hole behind the group in front. They are then given an allotted time between 40 and 50 seconds (those going first get more time) to hit a shot. If there is bad time, a player gets a warning. Only the second bad time leads to a one-stroke penalty – rarely issued. Once the group is no longer out of position, the players are no longer timed.

DeChambeau was not being timed in either of the instances that got the ire of those who saw video during the second round of the Northern Trust.

Players are fined for a second bad time in a season, and each bad time thereafter. And for each time they are out on the clock after the 10th time. DeChambeau said he has been issued just one bad time this year, meaning he has not received any slow-play fines.

DeChambeau is playing in this week’s BMW Championship that begins Thursday at Medinah Country Club.