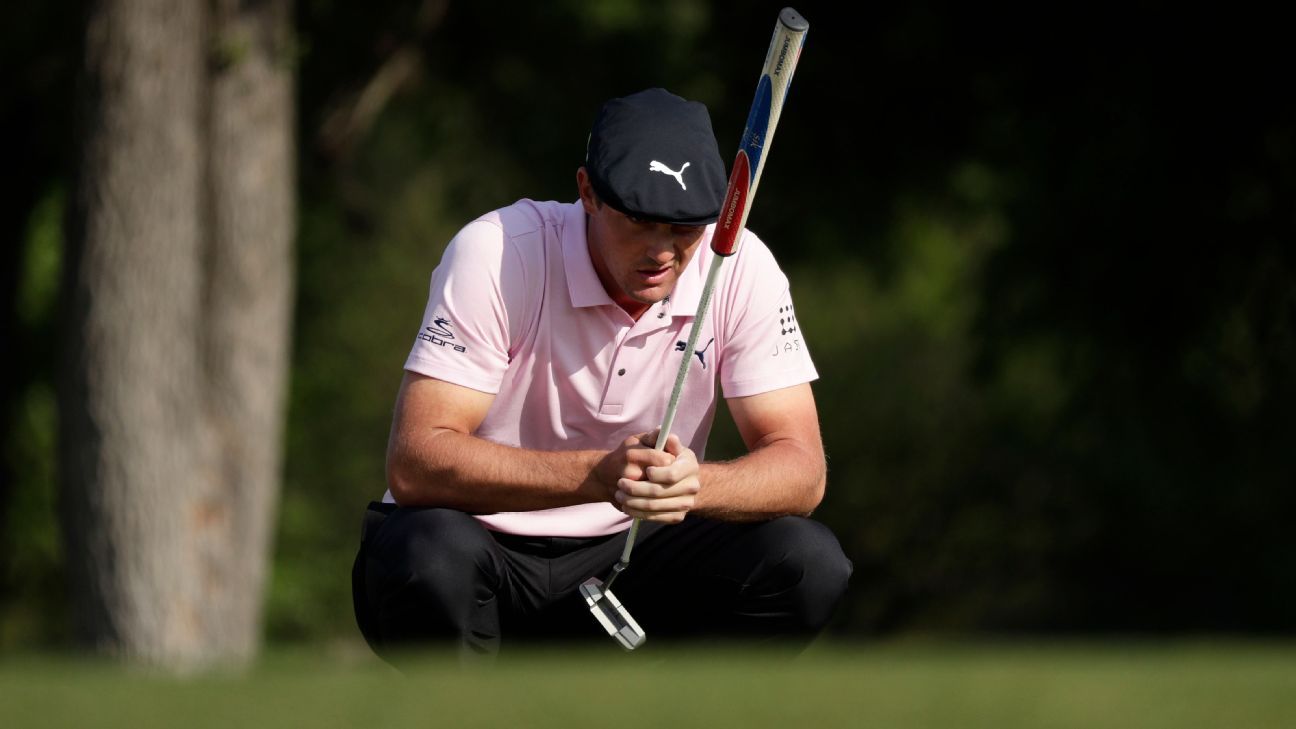 AUGUSTA, Ga. — Bryson DeChambeau was one of the first proponents of leaving the flagstick in while putting on the greens, as the new rules allowed at the start of 2019.

And he plans to keep doing so at Augusta National, where the composition is slightly different than a flagstick on the PGA Tour but “not that much different,” DeChambeau said.

Known for his scientific approach to golf that includes using single-length shafts in his irons (as opposed to variable length), DeChambeau said he sees an advantage to leaving them in on most putts this week during the Masters.

“So for me, I really try and look and evaluate the situation, see what the best strategy is. I think that’s the cool part about leaving the flagstick in now is that you start to see players’ strategies come out based on what they know about the whole situation, and so for me, on a downhill putt, if it’s not windy, I will definitely use it to my advantage.”

The flagstick issue has been bigger than expected at the professional level. Golf’s governing bodies spent several years coming up with changes to the rules that were meant to simplify them as well as speed up play, especially for the recreational player.

Pace of play was certainly the intent of the flagstick change.

“It wasn’t intended as a performance option,” said Martin Slumbers, chief executive of the R&A, which along with the United States Golf Association, initiated the rules changes. “We’ll see how it develops. I do wonder, it’s certainly not completely clear that it’s a performance advantage. Otherwise, all the players would be doing it. So they each have their own view, and I’m sure that there will come an instance where a ball will get knocked out of the hole by the flagstick on a short putt, and that might make people think. So that one, we’re going to sit and watch and see what happens.”

DeChambeau, 25, has five PGA Tour victories and added a win earlier this year in Dubai. He is playing in his third Masters, having won low amateur honors in 2016 when he was still in college at SMU.

A U.S. Amateur and NCAA individual champion, DeChambeau noted how green-reading material is not allowed at the Masters, nor is the use of Trackman distance-gauging devices on the course during practice rounds.

“I prepare as much as I possibly can with what’s allowed here,” DeChambeau said. “I have to work harder to get some insight than at other places, but that’s fine.”

As for the flagstick, DeChambeau was told the story of Arnold Palmer hitting the flagstick on a long birdie putt at the 1960 Masters on the 16th hole, where the ball stayed out of the hole. (The rules allowed use of the flagstick on the greens from 1956 to 1968.) Palmer went on to birdie the last two holes — without a flagstick — and won the tournament.

“The flagstick may have had a different firmness value back then, I don’t know,” DeChambeau said. “Shoot, if you do hit it too hard, it’s absolutely going to bounce out. But my goal is to hit it two feet past and with the flagsticks right now, I don’t think that will bounce out in any situation.”