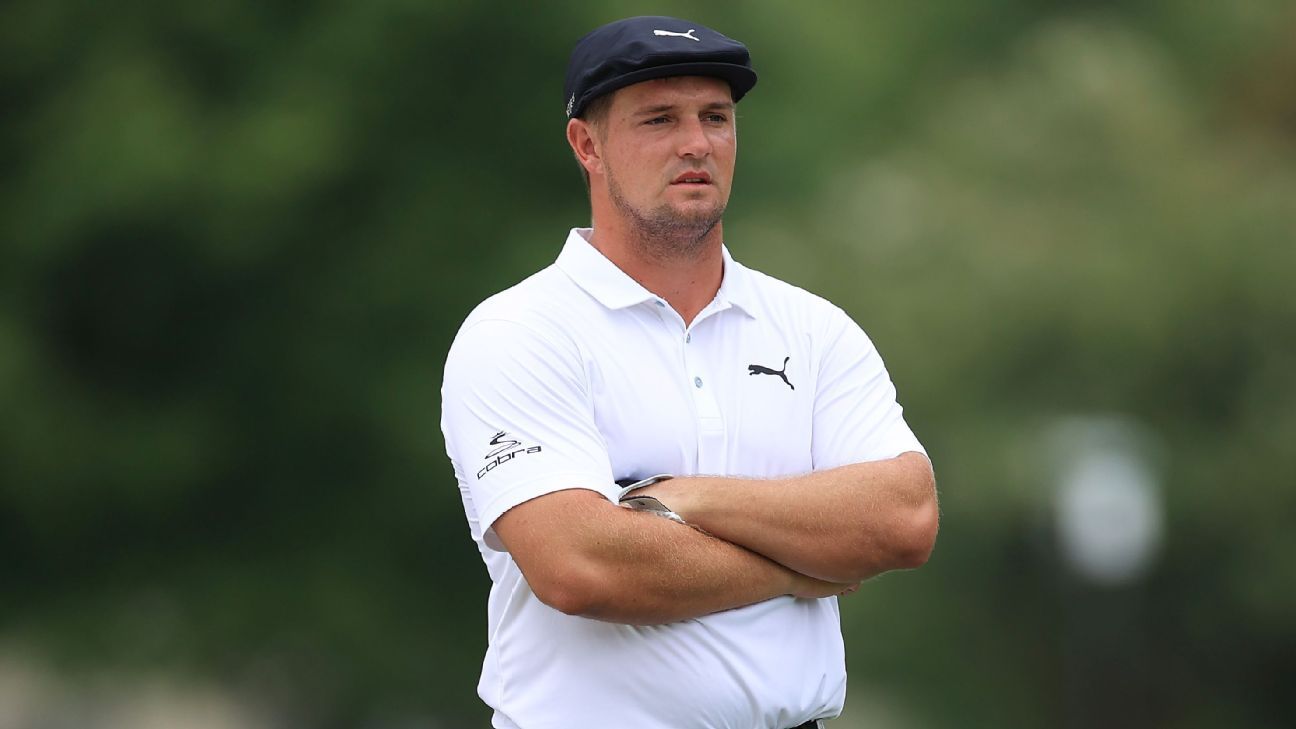 MEMPHIS, Tenn. — Bryson DeChambeau hits tee shots farther than anyone else on the PGA Tour, thanks to his suddenly beefed-up physique and protein-heavy diet.

The six-time Tour winner is apparently no match for a few fire ants.

In Thursday’s opening round of the WGC-FedEx St. Jude Invitational at TPC Southwind, DeChambeau hit his tee shot into the trees down the left side of the par-4, 481-yard seventh hole. His tee shot came to rest on a few small sticks near the base of a tree.

DeChambeau was convinced his ball was sitting near a hill of fire ants — or a burrowing animal hole. He called PGA Tour rules official Ken Tackett to the scene, and then spent nearly three minutes trying to convince him that he was allowed a free drop under the rules.

USGA rule 16.2.a, the “Dangerous Animal Condition” rule, would permit DeChambeau to take relief. The rule says, “A ‘dangerous animal condition’ exists when a dangerous animal (such as poisonous snakes, stinging bees, alligators, fire ants or bears) near a ball could cause serious physical injury to the player if he or she had to play the ball as it lies.”

Tackett kneeled down and closely examined the dirt.

“I see the color difference,” Tackett said. “I just don’t see, Bryson, I don’t see … there’s a couple down there, but I don’t see fire ants.”

“Yeah, I don’t see any fire ants in a sense that it would be, you know, a dangerous situation,” Tackett said.

Then DeChambeau tried to convince Tackett that there were two burrowing animal holes behind his ball.

“Anything right there?” DeChambeau asked. “What is this thing? There’s two of them.”

“I don’t see anything that would identify as to what it is to know that it’s an animal hole,” Tackett said.

“It is or it isn’t,” DeChambeau complained, “and there’s a red ant coming out of it, a couple of them.”

At that point, Tackett asked DeChambeau to take his stance as if he was going to hit his second shot.

“I mean, it doesn’t interfere with your stance anyway,” Tackett said. “It’s not an animal hole.”

DeChambeau ended up taking a double-bogey 6 on the hole. He birdied the ninth hole, his final hole of the round, to finish 3-under 67.

After his round, DeChambeau didn’t seem to disagree with the ruling.

“Yeah, that was weird,” he said. “So there was discolored dirt and I saw a couple red ants there and I was thinking, hmm, anthill, may get something or whatnot. Asked him and he was like, well, ‘It’s got to be, you know, kind of endangering you.’ And I was, just an anthill.

“So there was just discussion there and he didn’t think it was necessary for a drop. So I’m always going to respect the officials and go, ‘OK, no issue, that’s fine.’ Didn’t help that I had a really, really bad lie, too, but one of those — I had two twigs lodged in between my ball. Is what it is.”

Tackett was the same rules official who was on the scene when DeChambeau found one of his lost balls under a metal fence on the par-5 15th hole at Muirfield during the second round of the Memorial. DeChambeau unsuccessfully argued that his ball was still in bounds and asked for a second opinion, which was the same.

DeChambeau stomped off, made a quintuple-bogey 10 on the hole and missed the cut.