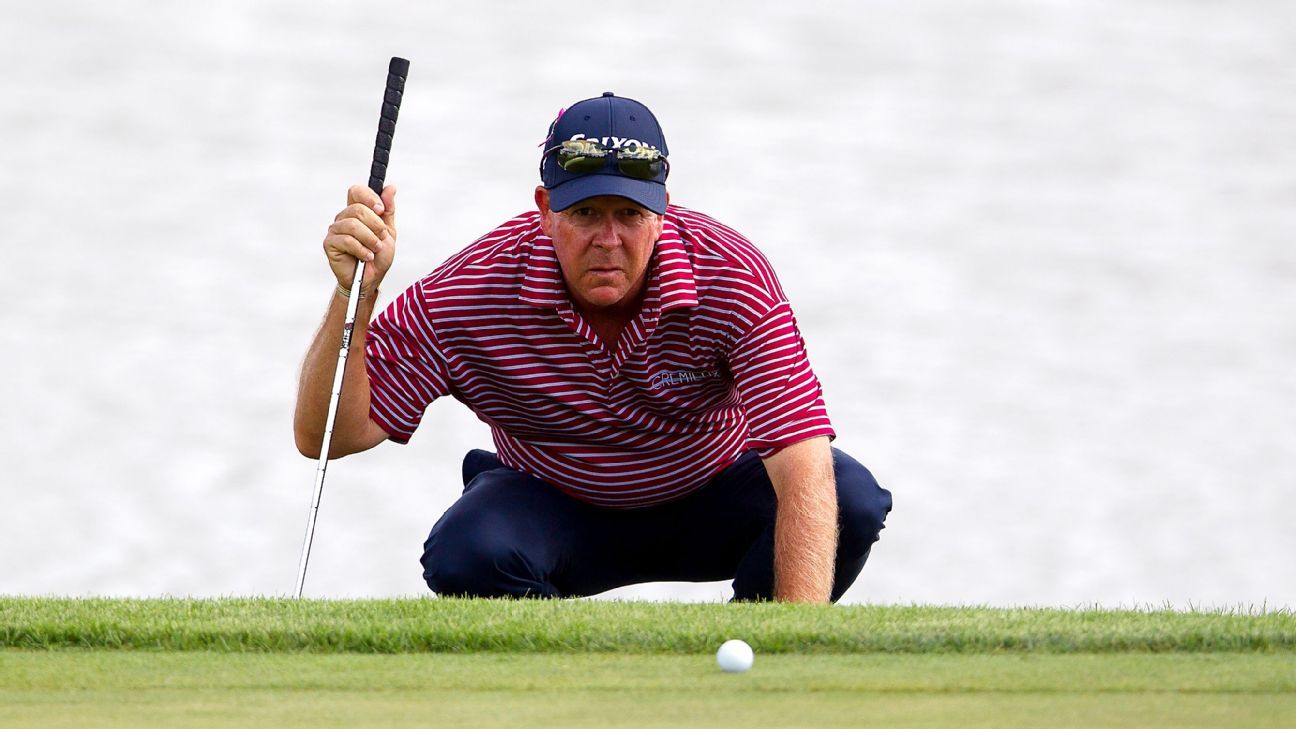 BIRMINGHAM, Ala. — Glen Day birdied four of the final five holes to take a three-stroke lead over David Toms at the Regions Tradition after a weather-delayed first round completed early Friday.

Toms had six birdies and a bogey for a 67.

Defending champion Miguel Angel Jimenez was among a group four strokes back, including Steve Stricker, Billy Andrade and Steve Jones.

Two-time winner Bernhard Langer, who has won a record 10 senior majors, finished at 69.

Day is seeking his first win on the senior tour. His only PGA Tour victory came in 1999.