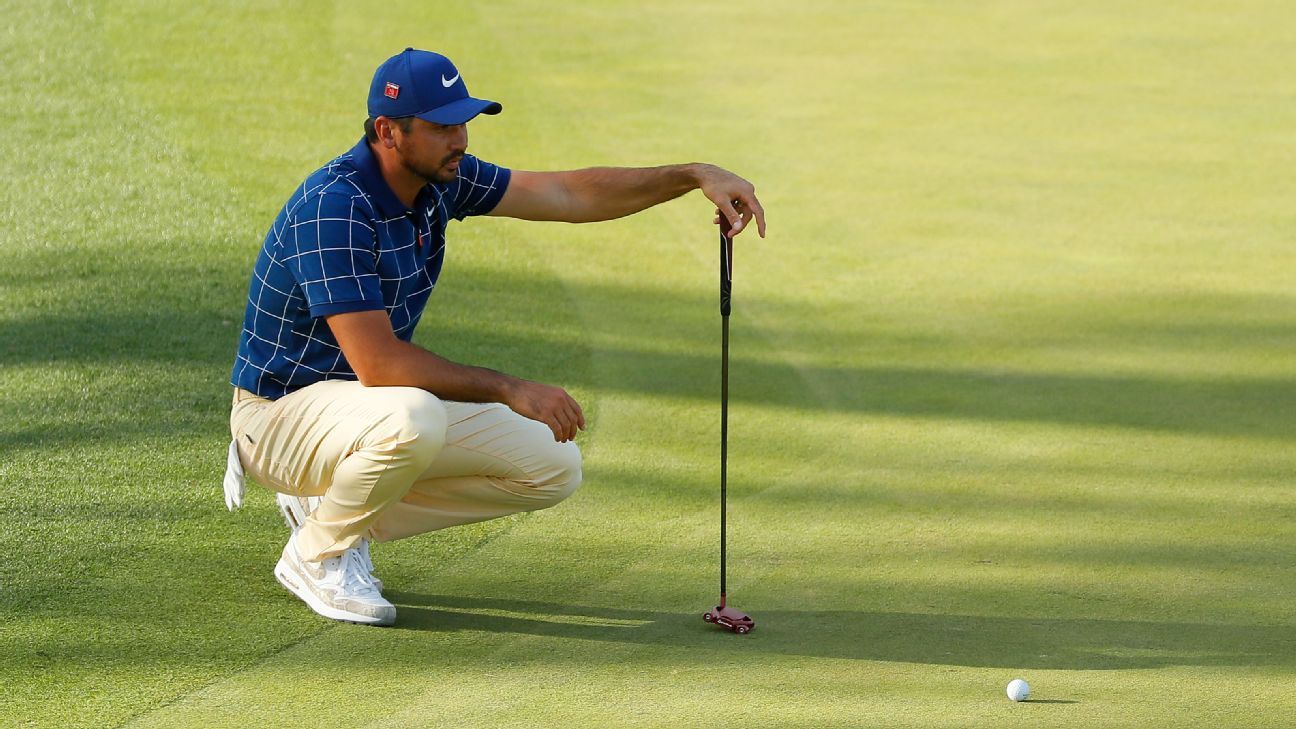 AUGUSTA, Ga. — Jason Day‘s bad luck at the Masters continued before Thursday’s opening round, as the Australian star reinjured his back picking up his daughter on the practice green. Day was noticeably hobbled throughout his round but never withdrew and ended up carding a 2-under 70.

He’s tied for 11th, four shots back of leaders Bryson DeChambeau and Brooks Koepka. Day did not speak with the media after his round. He tees off Friday at 10:42 a.m. ET.

Day, a 12-time winner on the PGA Tour and runner-up to Charl Schwartzel in the 2011 Masters, was hurt while picking up his young daughter on the practice green before teeing off, ESPN reported during its telecast. He walked gingerly around Augusta National during the round, but still managed four birdies and two bogeys. Day withdrew from the Arnold Palmer Invitational in March after hurting his back after only six holes in the first round. Day said an MRI revealed that he had an annular tear between the L4 and L5 vertebrae and additional facet joint problems.

“No, my back is good,” Day said, during Wednesday’s par-3 tournament. “I was carrying my little daughter and hitting golf shots in the par-3 and everything is good.

Day quit in the second round of the 2012 Masters because of an injured left ankle. He reportedly needed painkillers and treatment to play parts of two rounds before withdrawing.

Day, the 2015 PGA Championship winner, has struggled with back injuries throughout his career. He withdrew from the 2016 Tour Championship and the BMW Championship during the FedExCup playoffs that same season because of back pain.

Day, who is currently ranked No. 14 in the world, finished tied for second in his Masters debut — the best finish by a first-time player since Dan Pohl in 1982. He finished third in 2013, two strokes behind fellow Australian Adam Scott, and tied for 10th in 2016.