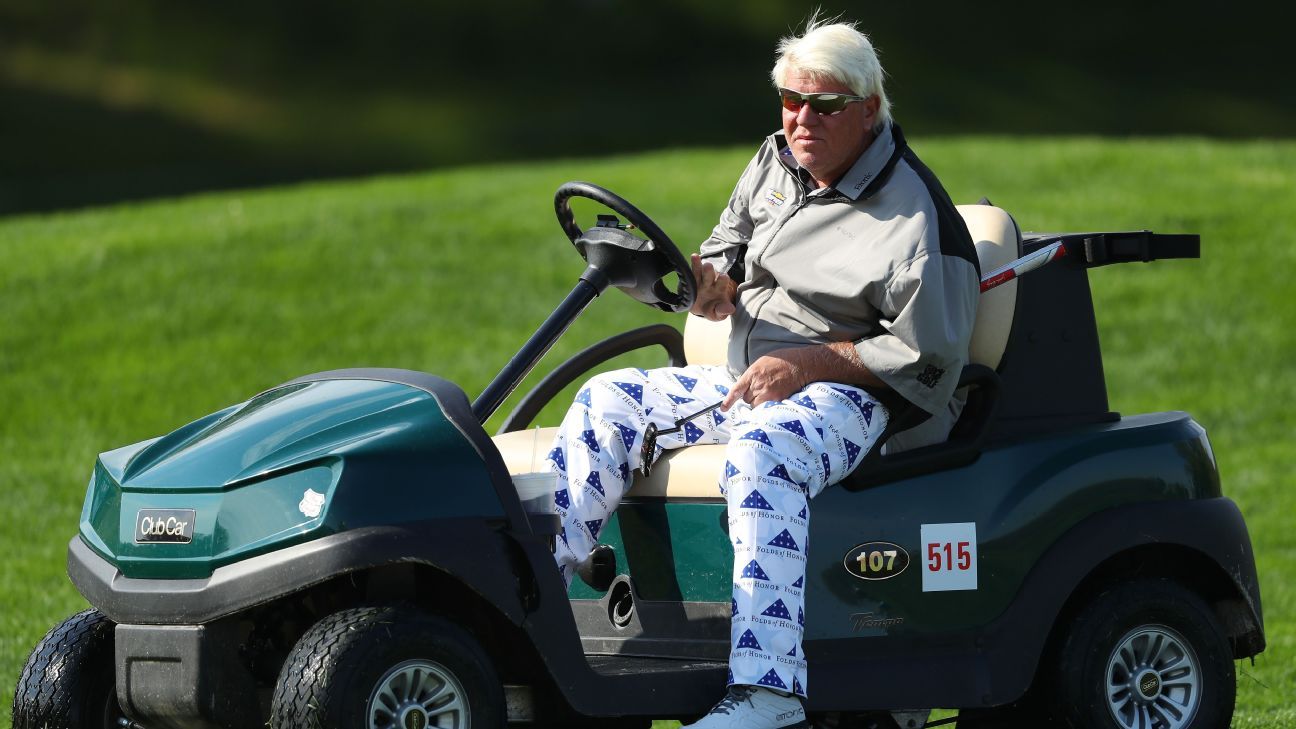 FARMINGDALE, N.Y. — John Daly signed his scorecard for the second round of the PGA Championship on Friday, and then for one of the first times all week, walked swiftly to his courtesy SUV in an adjoining parking lot.

The 1991 PGA Championship winner, who was allowed to use a motorized cart at Bethpage Black after receiving permission from the PGA’s Americans With Disabilities Act committee, posted a 6-over 76 on Friday, for a 36-hole total of 11-over.

Daly, 53, will not be around for the weekend on Long Island, as he was way over the projected cut. It will be the 18th time he’s missed the cut since his memorable 1991 victory at Crooked Stick, when he won as the ninth alternate.

“This is a week that I can’t leave disgusted because I actually played good golf,” Daly said. “It played long and when you miss fairways by just a little bit, the rough is so thick. It’s probably the thickest rough I’ve ever seen. You’re just laying up.”

Daly was the first player to use a cart in a PGA Tour major championship since Casey Martin used one at the U.S. Open in 1998 and 2012.

It didn’t seem to be much help for Daly, who says he suffers from osteoarthritis in his right knee.

Daly did post his first two birdies of the PGA Championship on Friday, sinking a 17-foot putt on the par-4 7th hole and a 6-footer on the par-5 13th.

“At least I finally made a birdie,” Daly said. “I missed a lot of putts. I couldn’t get a putt to the hole for some reason. There were seven of them about dead in the jaw, and I’m thinking, ‘Get down.’ But they were three or four feet short.”

Daly said he’s next headed to Rochester, N.Y., the site of the Senior PGA Championship at Oak Hill Country Club from May 23-26.

Last year, Daly withdrew from the U.S. Senior Open Championship because the USGA “turned down his request for a cart.” The USGA said in a statement last year that it “offered Mr. Daly the opportunity to provide additional information to support his request” but he withdrew his application for a waiver.

A spokesman for The R&A told ESPN on Friday: “We have received a request from John Daly for permission to use a buggy at The Open and it is currently under consideration.”