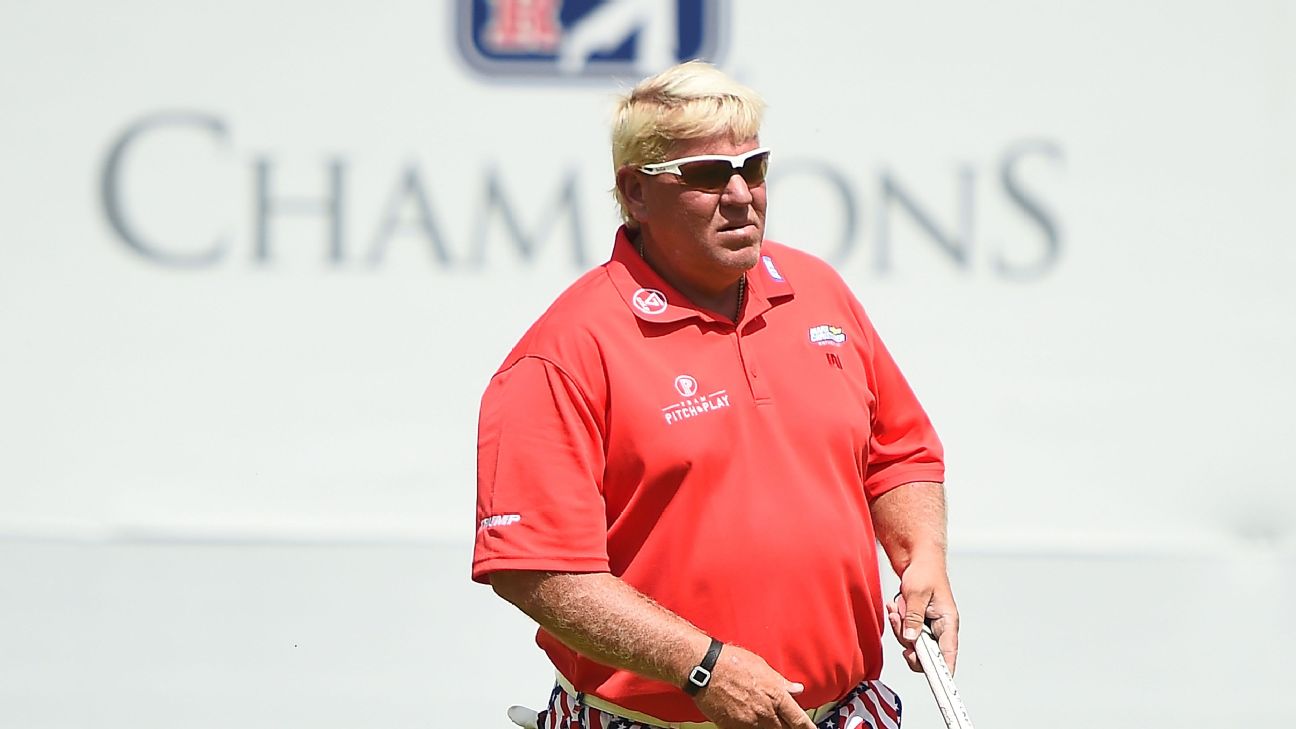 ORLANDO, Fla. — John and Little John Daly birdied the final six holes for a 13-under 59 and a one-stroke lead Saturday in the PNC Father-Son Challenge.

The Dalys played the back nine in 8-under 28 in occasional rain at Ritz-Carlton Golf Club Grande Lakes. Little John is 15.

“It was just one of those days,” John Daly said. “We hit pretty much every fairway. We didn’t get ourselves in any trouble. After the third hole, Little John was putting good and he said, `I should go first to give him the line.’ I just made everything. It was a lot of fun.”

They tied the tournament course record with the 59.

David and Carter Toms were second in the scramble event, and Jack and grandson GT Nicklaus matched Stewart and Connor Cink at 61. Davis Love III and Dru Love shot 62.