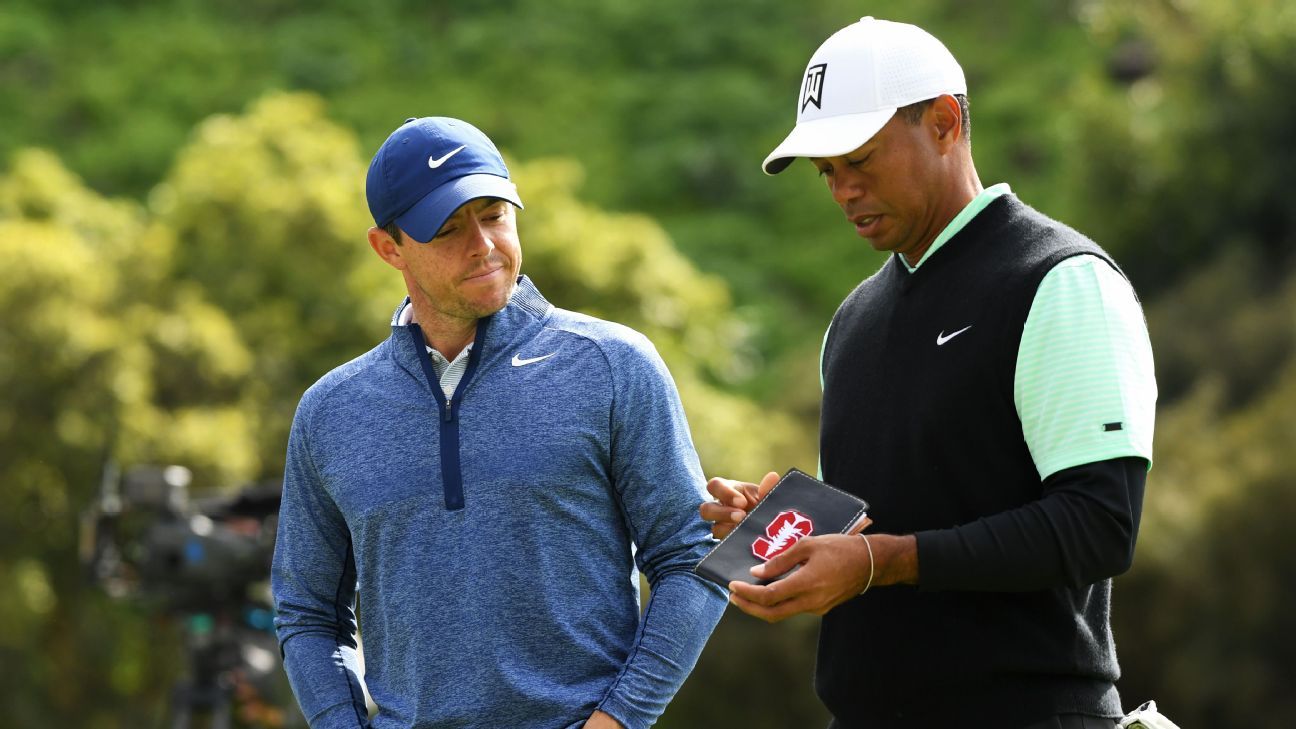 AUSTIN, Texas — Gone is the one-and-done aspect of the WGC-Dell Technologies Match Play Championship, a situation that created great drama on the first day of the event but also meant the possibility of some big stars going home very early.

Changed to a round-robin format in 2015, now everyone sticks around through Friday, taking away some of the angst but still with the knowledge that a loss in any of the three matchups leaves your destiny up to others.

And so with the 16 groups of four players each set to begin on Wednesday, here are a few highlights:

Predicting match play is an unhealthy exercise, but clearly some groups are easier than others. The hardest? Perhaps the one led by Jason Day, who has won the WGC Match Play twice — at both formats. He is joined by Phil Mickelson, Henrik Stenson and Jim Furyk.

Day helps bring that average age of that group up to 42.25, by far the highest of any group.

Also the highest of any group: all are major champions, and no other group has more than two, while five have none.

Maybe it doesn’t seem all that tough, as Patrick Cantlay and Aaron Wise have combined for two PGA Tour victories, with Brandt Snedeker the most experienced player in the group. But nothing should be taken for granted with Woods, who will face the 22-year-old Wise on Wednesday.

And Cantlay, Wise and Snedeker are certainly capable. Cantlay is ranked 11th on the PGA Tour in strokes gained, while Wise in 10th in birdie average. Snedeker is known as a strong putter. Over 18 holes of match play …

There are some matches that have a Ryder Cup feel:

A player competes against the other three in his group over three days. The player with the best record advances to the knockout stage. That begins Saturday, with 16 players left standing. In the event to a tie once the event reaches the Round of 16, those players would have a hole-by-hole playoff to decide who advances. The 18-hole matches Wednesday thru Friday can end in ties.

The road to Augusta

There are 11 players in the field who are not qualified for the Masters, which will invited the top 50 in the world otherwise not exempt at the conclusion of the event. Shane Lowry and Justin Harding hold down spots 48 and 49 in the world, with nine more players outside of the top 50.

For example, Jim Furyk — who is ranked 54th — needs a minimum of one win and two draws or two wins to have a shot at the top 50. Lee Westood, who is 65th, needs at least a fourth-place finish.

Ranking points, FedEx Cup points and prize money for those who don’t make the final 16 is determined by the best records in group play.