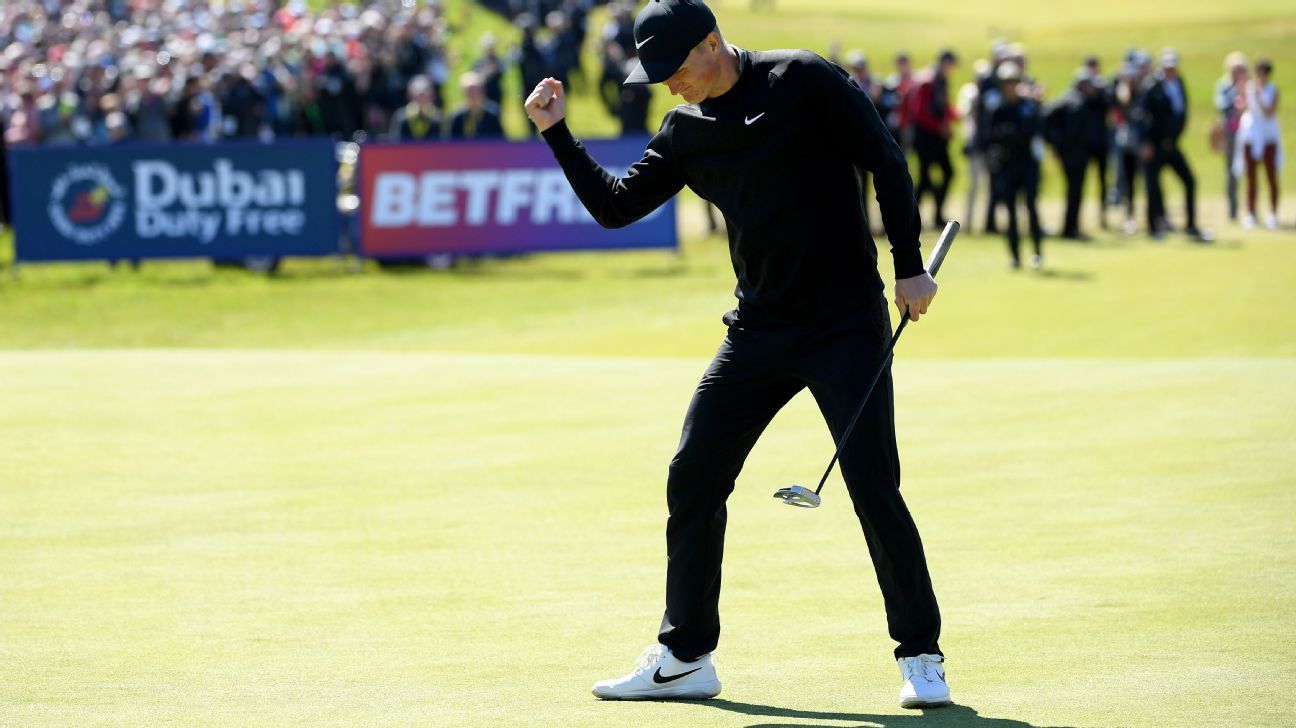 Sweden’s Marcus Kinhult won his first European Tour title in dramatic fashion as he came back with consecutive birdies on the final two holes to clinch victory at the British Masters.

Kinhult looked to have squandered the lead at the Hillside Golf Club in Southport after bogeys on the 15th and 16th holes, but a nerveless 8-footer on the 18th secured victory following a fine birdie on the 17th.

English pair Matt Wallace and Eddie Pepperell, the reigning champion, had to settle for a tie for second on 15-under alongside Scotland’s Robert MacIntyre, with his compatriot Richie Ramsay three shots back in fifth.

“I’m speechless, I don’t know what happened on the last two holes,” said Kinhult. “I was behind Matt and he looked really solid but I just managed to make those last two birdies — it’s incredible.

“There’s a lot going through my mind, a lot of emotions and I am just so happy that I managed to handle those pretty well. It’s really special. I have been waiting for this moment for 20 years.

“This game is so weird. It’s the small margins. I’ve felt alright the last couple of weeks but just couldn’t make a cut — but I came here and got off to a good start and just kept the momentum throughout the week.

“I’ve never felt that pressure before. It’s different and I’m just happy I made the putt. Thank you everyone, it’s been an amazing week.”

Kinhult had led by one shot after a calm front nine but he three-putted on the 15th to allow Wallace and Pepperell, who was surging up the leaderboard with a round-of-the-day 66, to move level.

At the 16th Kinhult faltered again, missing a par putt to drop out of the lead, but he bounced back with a fine 10-foot birdie one hole later after MacIntyre had finished with eagle-birdie to join the leaders.

All four players were level as Kinhult and Wallace stepped onto the 18th tee, with Pepperell and MacIntyre watching on after completing their rounds.

But Kinhult’s superb approach set up a putt to win the tournament, which he duly converted to earn £500,000 and his first title.