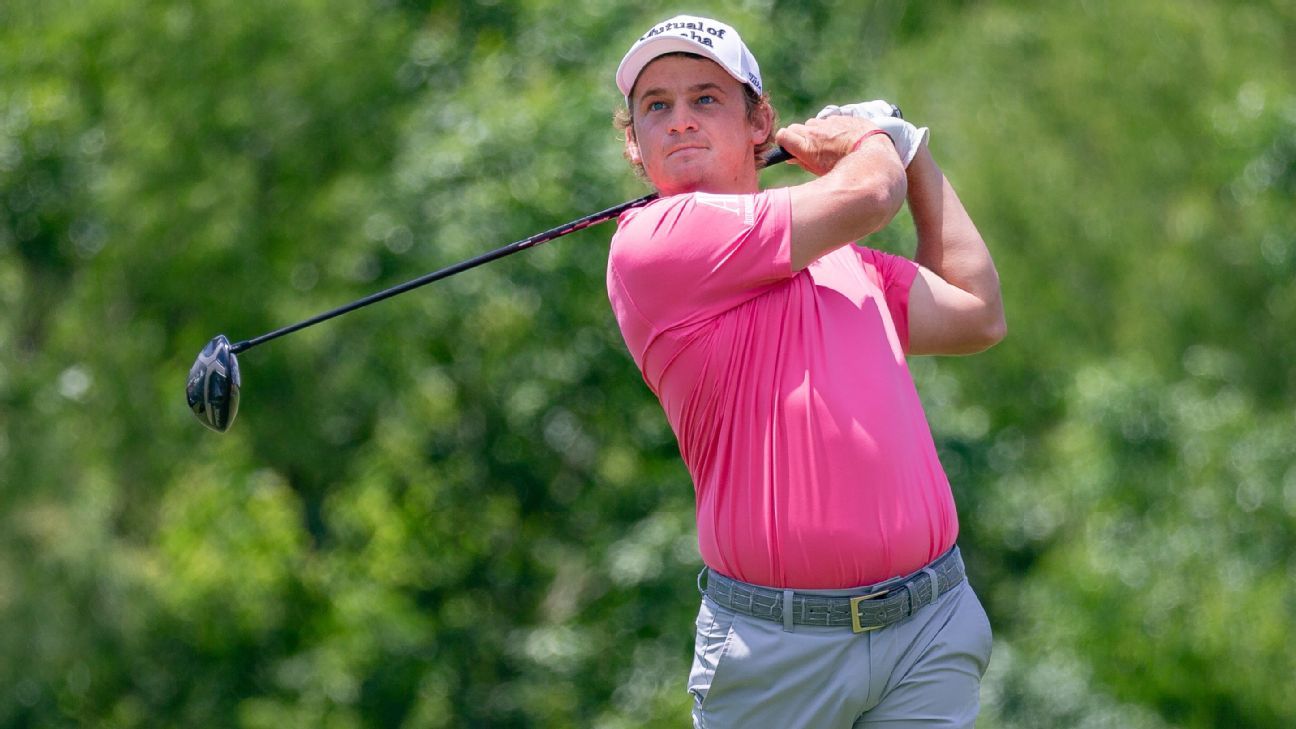 DUBLIN, Ohio — Curiosity got the best of Bud Cauley when he was given a video that illustrated the sequence of a crash he doesn’t remember.

The night after he missed the cut at the Memorial last year, Cauley was a passenger in the back seat of a car that struck a culvert, flipped into the air, smashed into a tree and then spun into smaller trees.

“I got knocked out in the wreck,” Cauley said. “I remember being in the hospital and everything after that. But the wreck, luckily, I don’t remember much. I think it’s a good thing.”

What he does remember is “the scariest time of my life.”

That’s what made Thursday memorable in a different way. In his return to Muirfield Village, Cauley holed an 8-foot par putt on his last hole for a 5-under 67, leaving him two shots out of the lead after the opening round at the Memorial.

About this time a year ago, playing golf again was no guarantee.

Cauley broke six ribs, which punctured his lung, and he broke a leg. Golf has been all he has known since he first put a club in his hands at age 5, played at Alabama and managed to earn a PGA Tour card without having to go through Q-school.

So he wanted to know if he would be able to play golf again.

“It was probably the second question I asked after, ‘Tell me why I can’t breathe,’ because I had punctured my lung,” Cauley said. “I wanted to figure that out first. And then after that I wanted to know how bad my ribs were broken, what they thought they needed to do and how it would affect me going forward.”

He had surgery the next day to put plates on four of his ribs.

Amazingly, he missed only four months.

Memorial host Jack Nicklaus and wife Barbara visited Cauley in the hospital in Ohio, and Nicklaus was at the Bear’s Club in Florida when Cauley hit his first golf ball since the accident.

“He saw the first thin wedge I hit,” Cauley said.

Hitting 20 balls a day turned into 30 balls as Cauley worked his way through the bag, coped with the swelling and soreness, and got back in shape to start the season in Napa, California, at the Safeway Open. He had his best finish a week later in Las Vegas — a tie for 10th — and is steadily making progress.

Just being back at the Memorial represents a milestone. There were small steps along the way — getting in a car for the first time, driving a car. But he thought so much about playing golf again that it occupied much of his attention.

Justin Thomas, a teammate at Alabama who roomed with Cauley during their early years on tour, is in a house near the accident scene and has to drive by it. He was distraught when he got the news last year and only was calmed when he was able to talk to Cauley at the hospital.

“We’re all very happy to see him back,” Thomas said. “There’s not many places you could put Bud Cauley and I in the world and we wouldn’t have fun together.”

Cauley’s return to the Memorial started with tornado sirens going off Monday night. The rest of the week has been just like any other on tour, and even playing the first round was all about the shot in front of him.

“I’ve always appreciated playing golf,” Cauley said. “When you’re lying there and you don’t know if you’re going to be able to do it again, it puts everything in a different perspective. It definitely changed me. I think it changed me for the better.”