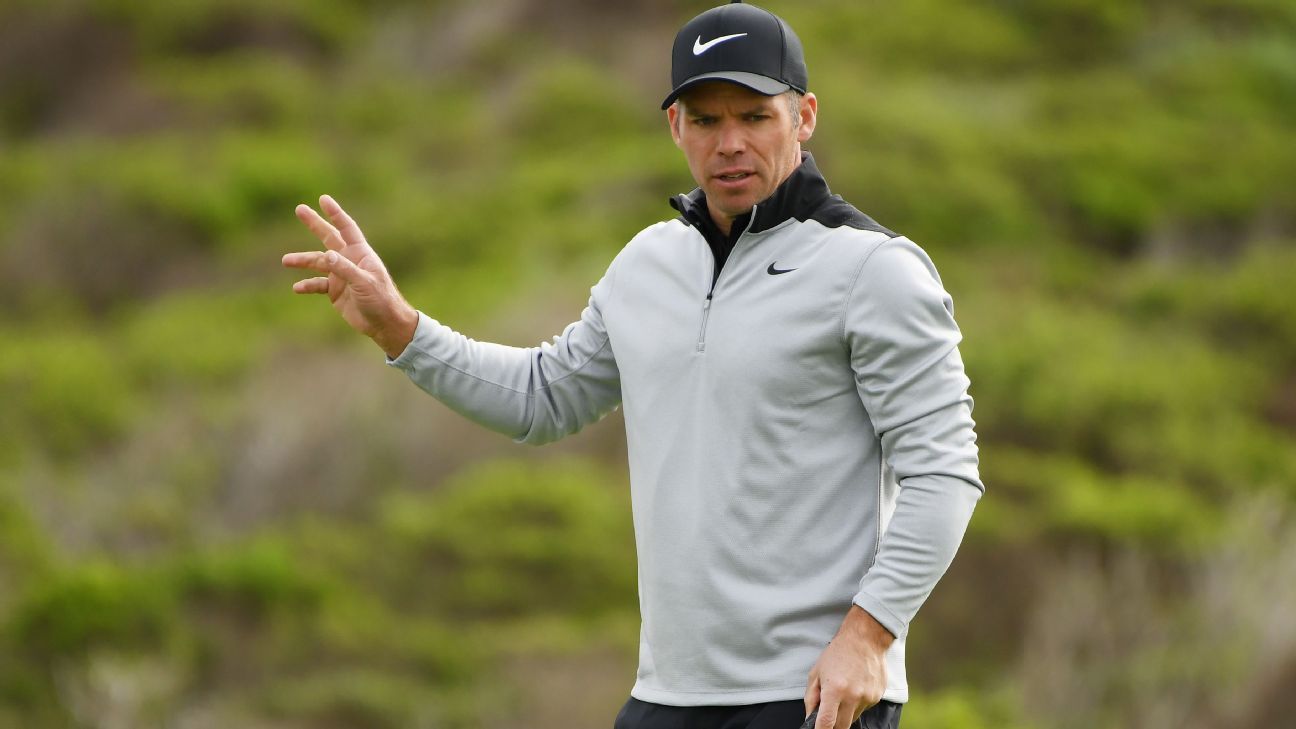 PEBBLE BEACH, Calif. — Paul Casey was far away from all the antics at Pebble Beach and quietly put together another solid round for a 5-under 67 that gave him a 3-shot lead over Phil Mickelson going into the final day of the AT&T Pebble Beach Pro-Am.

Casey played at Spyglass Hill in a mixture of rain, sunshine and wind. He was at 15-under 200.

Mickelson was part of the celebrity rotation at Pebble and put on a show on the back nine, stuffing a wedge to 3 feet on No. 13, and following with a 4-iron to 4 feet on the par-5 14th hole for eagle. He had a 2-under 70.

Jordan Spieth was in the mix until a pair of double-bogeys over his last six holes left him 8 shots back.