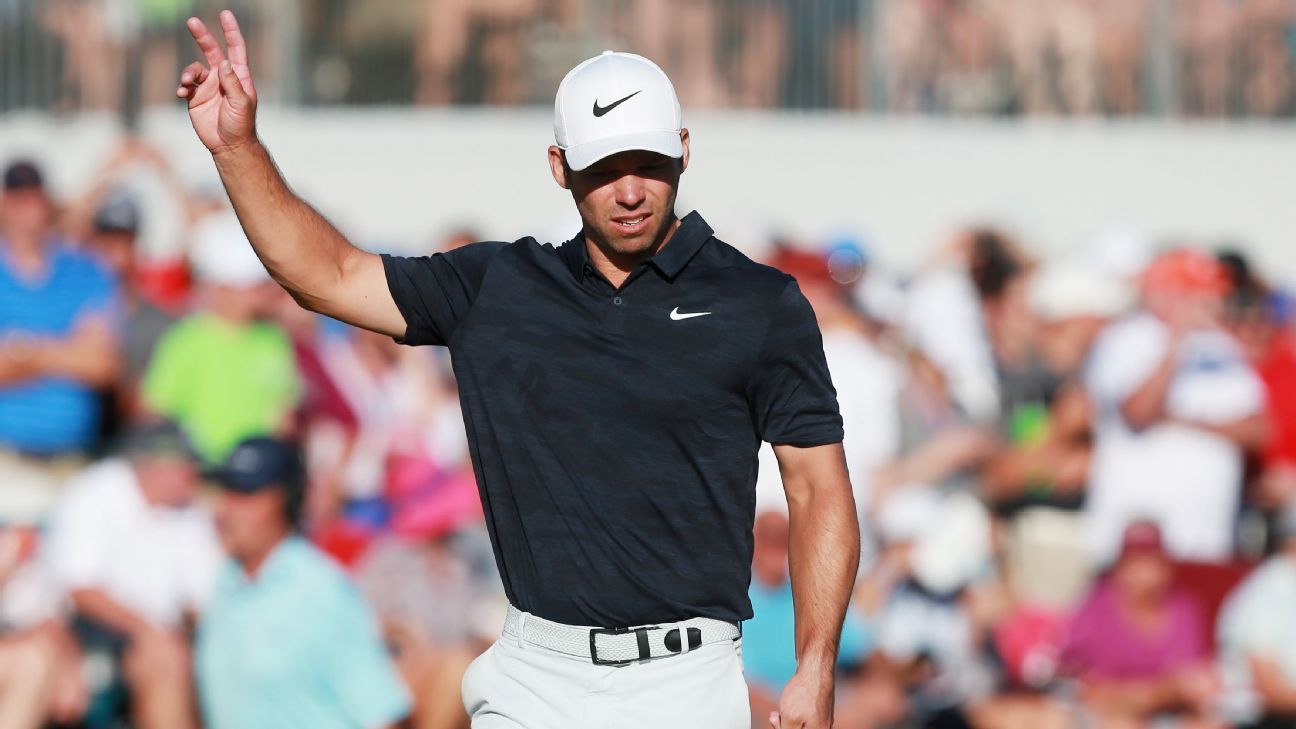 PALM HARBOR, Fla. — Paul Casey became the first back-to-back winner of the Valspar Championship on Sunday by closing with a 1-over 72 for a one-shot victory over Jason Kokrak and Louis Oosthuizen.

Casey thought his biggest challenge would be Dustin Johnson, who was one shot behind. Instead, the world’s No. 1 player failed to make a single birdie for the first time in 31 tournaments worldwide.

The real challenge was Innisbrook, so tough that no one shot better than 68 in the final round.

Kokrak (71) and Oosthuizen (69) each had a share of the lead on the back nine. Kokrak missed an 8-foot par putt on the final hole. Casey was in a fairway bunker on No. 18 when he hit to just over 20 feet and two-putted for the win.