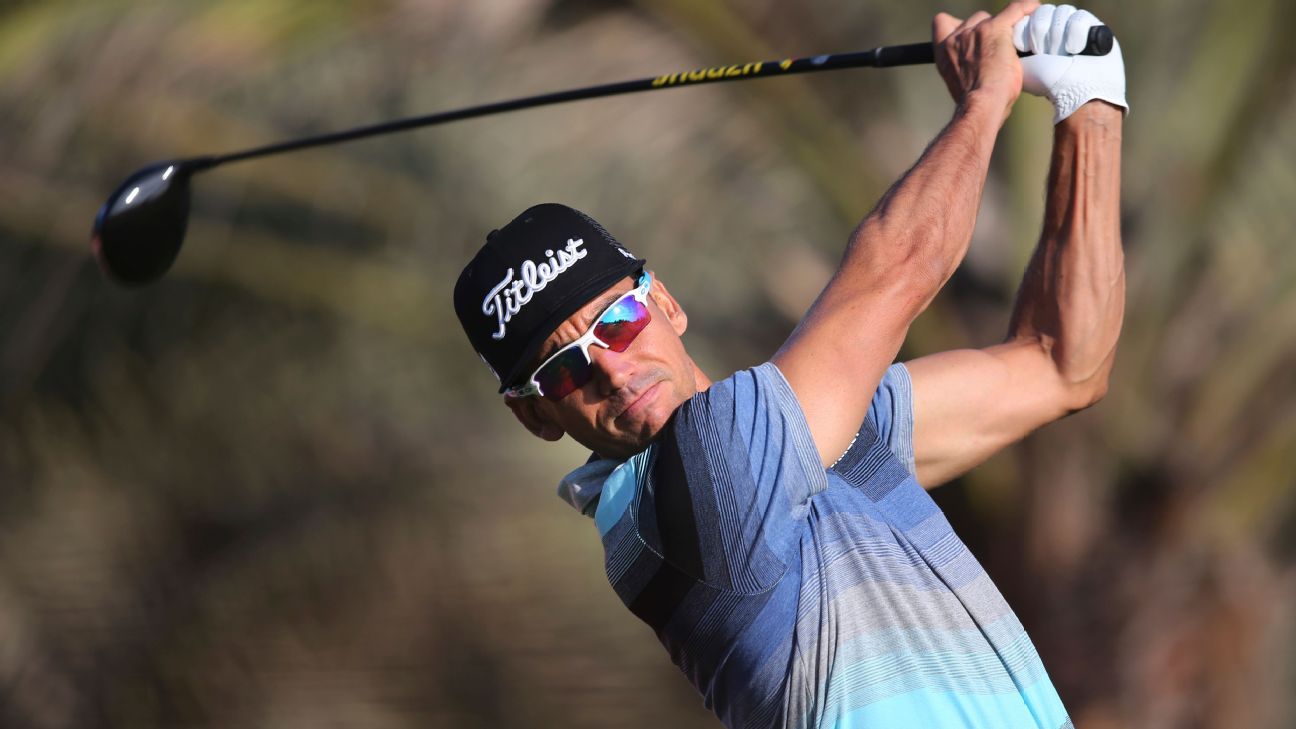 The Spaniard played Bay Hill for the first time Thursday with Palmer’s grandson, Sam Saunders, and had an ideal debut with a 7-under 65 for a two-shot lead in the Arnold Palmer Invitational.

Cabrera Bello opened with four birdies in six holes in the morning chill, put together another run of birdies that included consecutive putts from the 30-foot range, and wound up leading by two over Keegan Bradley.

The rest of his putts were from 6 feet or closer.

“I really didn’t know what to expect,” Cabrera Bello said. “I know how nice and tough the course is and I think it’s a course with many, many daunting shots. So I feel the more you play it, probably the better. So I wasn’t really having much high expectations as opposed to just getting out there and playing my golf.”

Phil Mickelson was back at Bay Hill for the first time in six years and was entertaining as ever.

More than just his seven birdies, the last one with an approach to the 18th that stopped a foot from going into the hole, Lefty tried to play a right-handed shot from under a mesh fence that got caught up in the fence and went out-of-bounds. This time, the new Rules of Golf helped Mickelson because he was able to move the ball one club length and escaped with double bogey.

“It didn’t turn out the best,” Mickelson said.

He rallied to finish at 68, joining a group that included Graeme McDowell, Bubba Watson, Billy Horschel and Patrick Rodgers.

Open Championship winner Francesco Molinari made one of two aces on the day and was among those at 69.

Jason Day, the last player to win at Bay Hill before Palmer died in 2016, withdrew after six holes because of a back injury. Day was coming off a three-week break.

Saunders had a 73 and was along for the ride with Cabrera Bello, who capped off his round with a 10-foot par putt.

“Playing with Sam is always a pleasure, not because he’s the grandson of Arnie but because of how nice of a guy he is,” Cabrera Bello said. “Obviously, playing at Bay Hill with him I know how special this event is for all of us, I can only imagine how special it is for him.”

Cabrera Bello is No. 34 in the world, winless since the Scottish Open in 2017.

McDowell was among the first tournament ambassadors after Palmer died as a longtime supporter at Bay Hill. This could be a big week for him in other ways. The British Open returns to Northern Ireland this summer for the first time since 1951, and Bay Hill for the first time is part of the Open Qualifying Series. The top three players not already exempt from the top 10 at Bay Hill will get into Royal Portrush.

“I only found that out on Tuesday, to be honest with you,” McDowell said. “But, listen, I’m focusing really on the big picture right now. I’m kind of the opinion that good golf will take care of the things that I want to take care of. And it’s hard enough going out there trying to get your golf ball around 18 holes here at this great golf course and just trying to stay in the moment.”

Justin Rose, who has a chance to return to No. 1 in the world this week, opened with a 71.