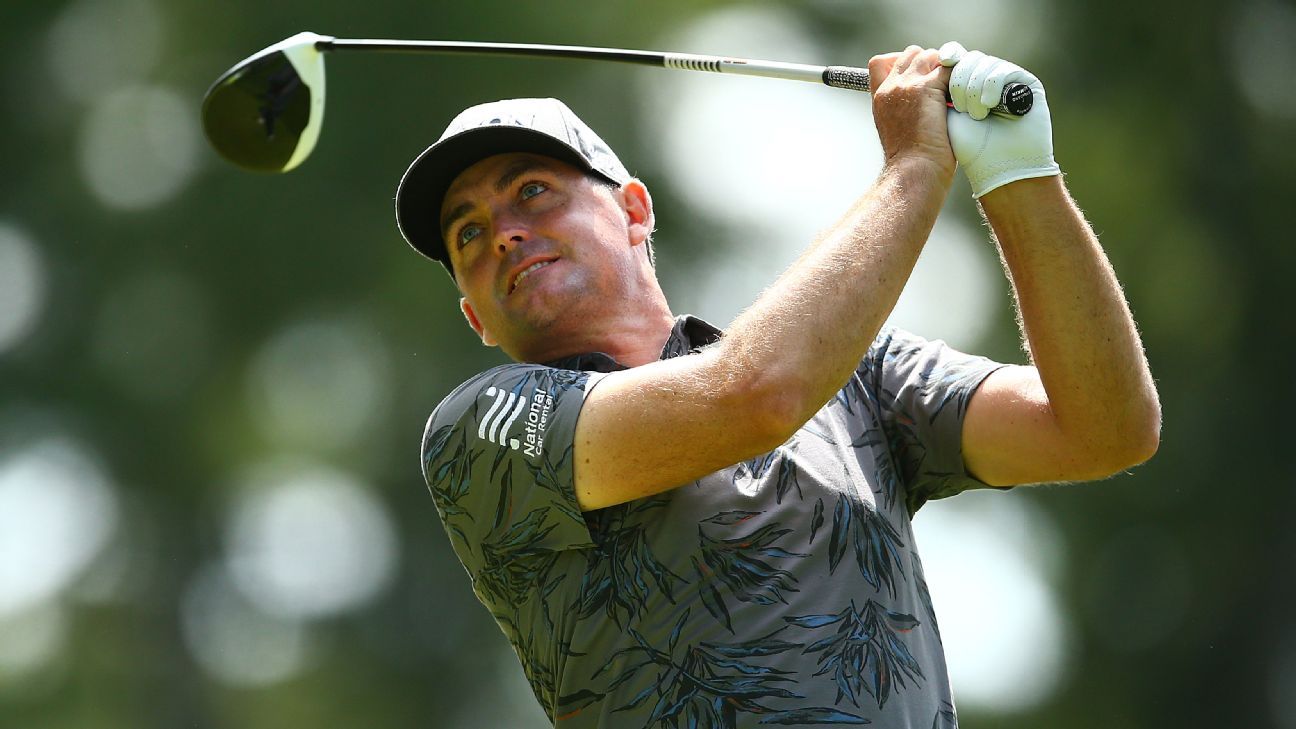 ANCASTER, Ontario — Keegan Bradley had a 7-under 63 for a one-shot lead after the first round of the RBC Canadian Open on Thursday.

“Today I was in complete control of my ball,” Bradley said. “Then when you couple that with feeling good on the greens, that’s when a 63 or a good, nice round happens.”

Bradley was convinced that his clubhouse lead would not withstand the afternoon groups, but it did. Roberto Castro of the U.S. was the only player that teed off in the second wave to reach second, tying Nick Taylor, Ireland’s Shane Lowry, South Korea’s Sung-jae Im and South Africa’s Erik van Rooyen.

Taylor of Abbotsford, British Columbia, led the Canadian contingent, shooting a 6-under 64. Taylor, who started on hole No. 10, made four birdies in a row to open his back nine at the Hamilton Golf and Country Club.

Mackenzie Hughes was one of five Canadians within three shots of Bradley. Adam Hadwin of Abbotsford had a 5-under 65, while David Hearn of nearby Brantford, Ontario, and Drew Nesbitt of Shanty Bay, Ontario, both tied Hughes.

As soon as Hughes’ partners were done teeing off at No. 13, he bent down, opened up a small bag and pulled out a jersey.

It took a moment for fans to realize what he was doing, but as Hughes straightened out the familiar black and red of a Kawhi Leonard Toronto Raptors jersey, the cheers rose to a crescendo, with spectators pounding on the boards that surround the hockey-themed hole at the RBC Canadian Open known as The Rink.

Like many Raptors fans, Hughes hopes that Toronto wins the NBA Finals against the Golden State Warriors and can re-sign Leonard, who will become a free agent this summer.

“I don’t think my wearing the jersey influenced him at all, but I hope that he stays,” Hughes said.

“I try to have some fun with that hole. Life’s short so, whatever, I’m just going to have some fun,” said Hughes, who donned a Toronto Maple Leafs jersey at last year’s version of the Rink at Glen Abbey Golf Club in Oakville, Ontario. “The crowd enjoys that stuff so it’s fun for me to do.

“I love all these Toronto sports teams whether it’s Leafs, Raptors, Blue Jays. That was just a fun way to show my Toronto pride and Canada pride.”

Hughes, from nearby Dundas, Ontario, walked up the fairway in the jersey to chants of “Let’s go Raptors” and went on to shoot a 4-under 66 to finish the first round in a tie for 15th. He would have been in an even better position if he hadn’t double-bogeyed the 18th hole, his only score worse than par.

“Just spoiled it at the end there, but I was 6 under through 17 and it was pretty stress free for the most part,” Hughes said. “All in all it’s a great day score-wise, just not the way I wanted to finish.”

There are 26 Canadians in the field at the national championship, and they’re all hoping to end a 65-year spell of futility. The previous Canadian to win the event was Pat Fletcher in 1954 at Vancouver’s Point Grey Golf and Country Club.

“We all obviously want to be the first one to win this, but we all want each other to do well,” said Hadwin, who briefly delayed his post-round news conference so that Hughes could concentrate on teeing off nearby. “Any Canadian winner is good.”

Game notes
A three-minute pause in play starting at 12:10 p.m. was held as six planes from the Canadian Warplane Heritage Museum flew over the course to commemorate the 75th anniversary of the Allied invasion of Normandy, France. The group of planes included a rare Lancaster Mk 10 bomber from the Second World War and a modern CC-130 Hercules.

“It’s obviously an emotional day for a lot of people,” Hadwin said. “To kind of see the planes that were used and then a couple newer age ones, it was pretty cool to stand on the fairway and see that.”