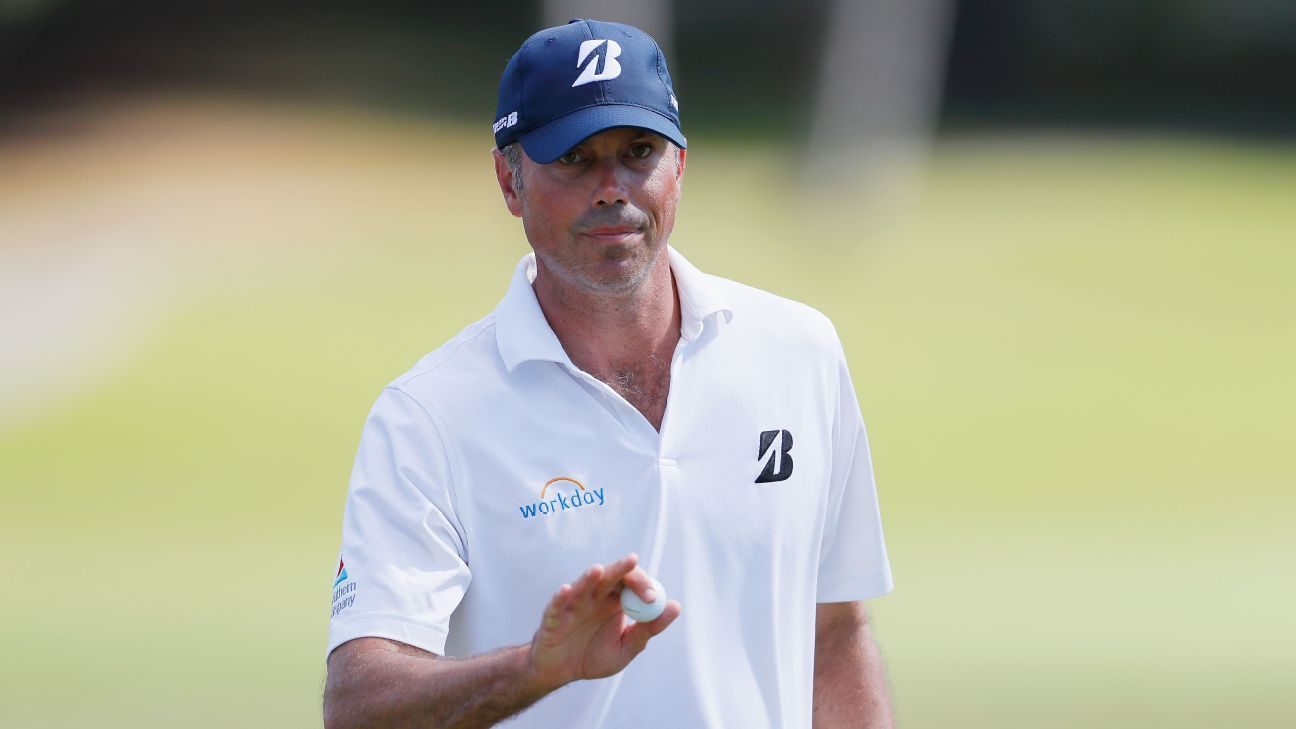 HONOLULU — The easygoing vibe in Hawaii is a perfect fit for Matt Kuchar, who spends as much as a month at a time on the islands when his schedule allows.

The Sony Open is more about work than play, and he’s having just as much fun.

Kuchar ran off four birdies in five holes to start his second round Friday, handled the par 5s at Waialae again and finished with another round of 7-under 63 to take a one-shot lead over Andrew Putnam.

“To shoot 7 under back-to-back is unexpected, but awfully excited,” Kuchar said with the same smile he wears for most any occasion.

Putnam, playing in the afternoon, had a bogey-free 65 and was one shot behind. Chez Reavie (65) and Stewart Cink (62) were four behind.

Jordan Spieth had a short week after a long break from golf. In his 2019 debut, Spieth had a 66 and missed the cut by one shot. Needing to birdie the last four holes to qualify for the weekend, Spieth ran off two birdies, missed a 10-foot birdie putt and then narrowly missed chipping in for eagle.

“I loved the fight,” Spieth said. “I feel like I was trying to win the tournament trying to make the cut, which is not something I want to get used to.”

He returns in two weeks at Torrey Pines.

The PGA Tour only began keeping hole-by-hole records in 1983, and no one had ever made three eagles in one round on par 4s since then. Reavie didn’t think all that much about it until he piped a drive on No. 8 and hit a wedge that covered the flag.

“It was on a good line, and that was the only time it crossed my mind — `Wow, could we make another one?” he said. “The other two, I just hit the shot I was trying to see and it was going at the hole. Never expected it to go in. It’s always a surprise when it disappears.”

So odd was this round that Reavie made more eagles than birdies, and the one shot that made him think the ball might go in the hole led to a par.

That would be a good idea, except Hawaii doesn’t have a lottery. For now, he has to figure out how to make up four shots on Kuchar.

Kuchar sometimes comes to Hawaii with his wife and two kids even when he’s not playing golf. He has been to five of the islands, and plans to stay another few weeks after the Sony Open. He likes it better when he can play a few tournaments.

He became eligible for the winners-only field at Kapalua last week by winning at another beach resort — Mayakoba — last year, opening with rounds of 64-64, the kind of start he has enjoyed at Waialae.

Clearly, the 40-year-old is in a better spot than when he had gone more than three years without winning and was left off the Ryder Cup team for the first time in 10 years. He felt as though he was grinding too hard, and that’s not a trait he wears well.

DIVOTS: Keith Mitchell had a hole-in-one on the seventh hole with an 8-iron from 176 yards. … Of the five players over 50 in the field, Steve Stricker and Davis Love III made the cut. Stricker holed a 55-foot eagle putt on his last hole to make it on the number.