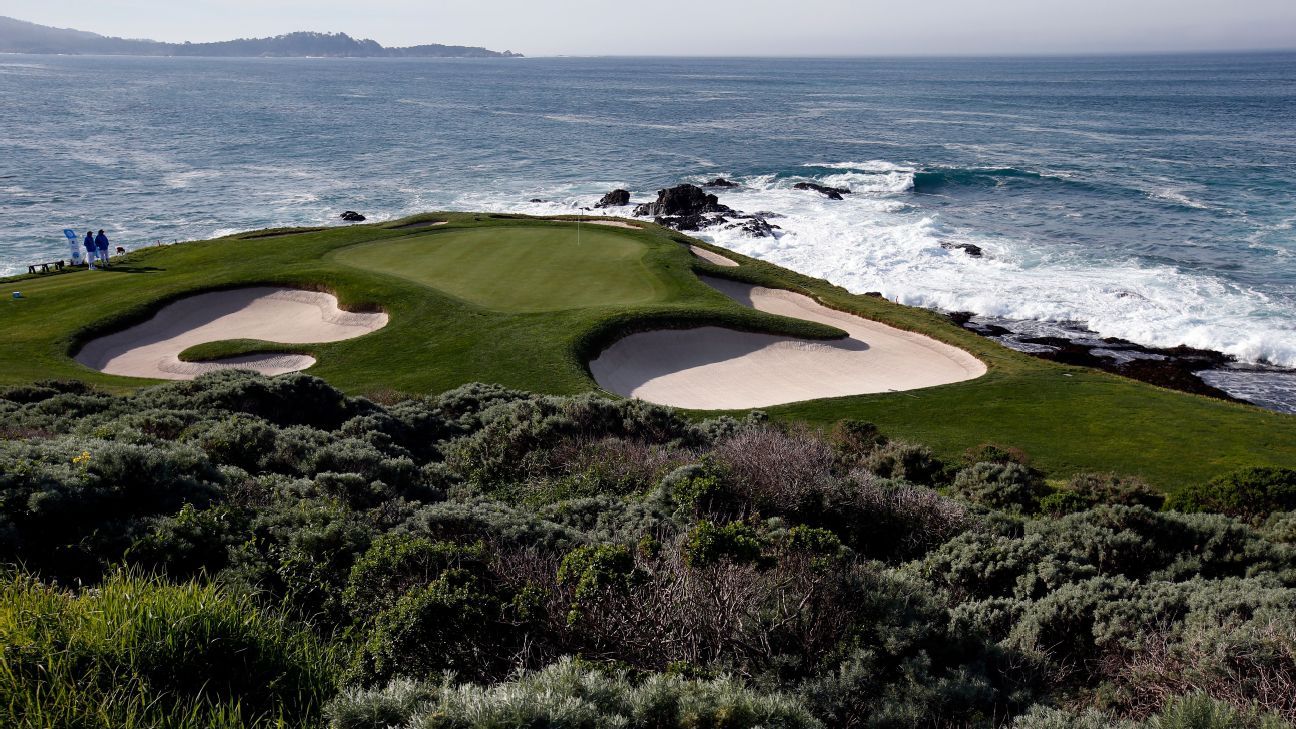 Pebble Beach turns 100 this year. And as the old place gets set to host the AT&T National Pro-Am, one of golf’s iconic stages has endured — from Bing Crosby, who brought this event to Pebble Beach when he moved his Crosby Clambake, filled with celebrity friends, from Rancho Santa Fe near San Diego to Northern California’s Monterey Peninsula in the 1940s, on through Tiger Woods.

It is perhaps the most photographed course in the world. So it seems fitting as it kicks off its 100th-year celebration to look back at some of the views and faces that have helped make it famous.

The star power at Pebble Beach is because of Bing Crosby, seen here with Ed Sullivan in 1954 as they get set for “Toast of the Town.”

When Tiger prowls the place

No celebrity has received more attention — for his outfits, his antics and his game — than Murray. He even won the pro-am portion of the event, with partner D.A. Points, in 2011.

The scene of so much drama

This photo makes the 17th hole looks so calm and peaceful, but oh the stories it could tell. Like …

Arnold Palmer on the rocks

The object is to keep the ball on green grass. In 1964, Palmer went wide left and required a creative up-and-down.

In a duel with Jack Nicklaus in the 1982 U.S. Open, Watson told his caddie, the late Bruce Edwards, he was going to hole the chip. Watson did, and he beat Nicklaus.

A different kind of driving

If I could play one place …

Nicklaus has said that if he could play just one round of golf, it would be at Pebble Beach. The love affair began early. Here he is as an amateur in 1961.

The world’s most famous finishing hole, then …

The iconic view of the 18th hole hasn’t changed much. This look is from 1980.

And when the waves come crashing in

And from years ago