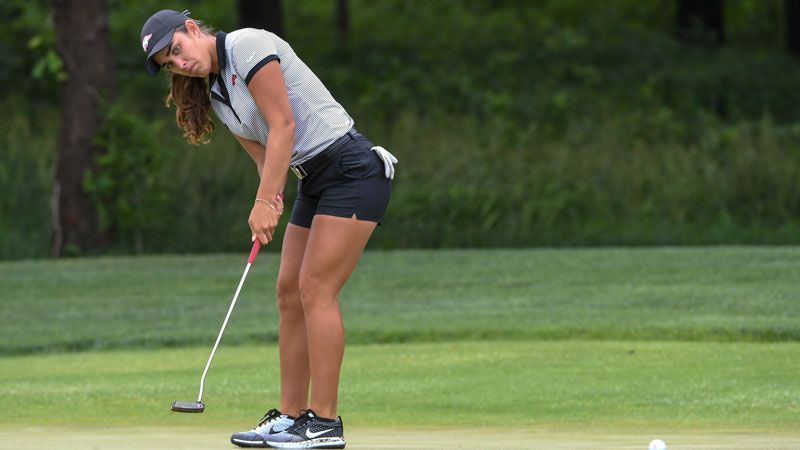 FAYETTEVILLE, Ark. — Arkansas senior Maria Fassi won the NCAA title on her home course Monday and gave the Razorbacks a shot at the team title as one of eight teams that advanced to match play.

Fassi, the rising Mexican star who was runner-up at the Augusta National Women’s Amateur, played bogey-free at Blessing Golf Club for a 5-under 68, giving her a four-shot victory over Sierra Brooks of Florida.

Hailee Cooper had a 69, the only other sub-70 score. That was part of a big day for Texas, however, as the Longhorns claimed the No. 1 seed for team play.

Defending NCAA champion Jennifer Kupcho of Wake Forest, who won the Augusta National Women’s Amateur in April, had a 72. She never had a chance to repeat her NCAA individual title after opening with 78-76, but she led a strong day for the Demon Deacons and will at least get a chance in team play.

The quarterfinals and semifinals are scheduled for Tuesday, with the championship match on Wednesday.