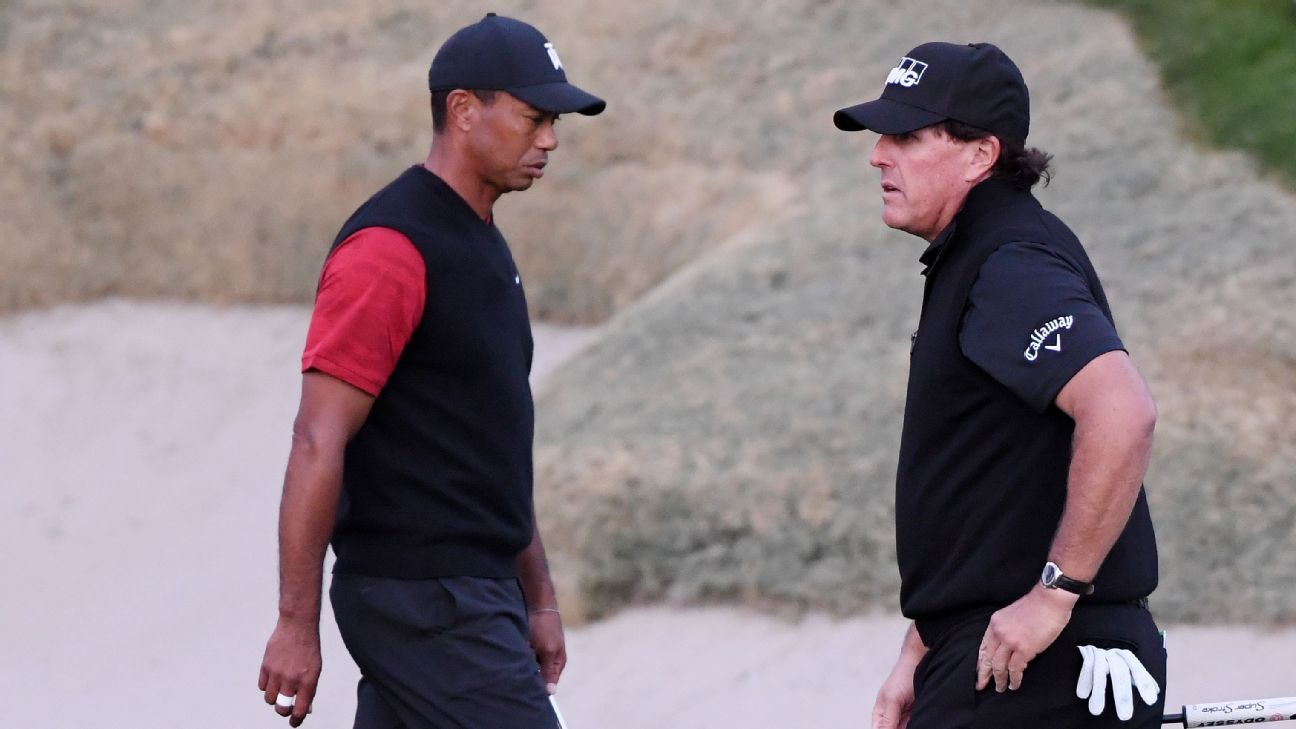 The agent for Tiger Woods called the golfer’s match in Las Vegas last month against Phil Mickelson a success, but denied any deal is in place to have subsequent big-money encounters — although he expects discussions to take place early in 2019.

Golf Digest reported that Turner Sports had signed a three-year agreement with a joint Woods-Mickelson entity set up just for this purpose, with another match to be played in 2019 and again in 2020.

Mark Steinberg, who represents Woods via Excel Sports and was among many entities involved in putting together The Match at Shadow Creek in Las Vegas on Nov. 23, won by Mickelson, said that report from Wednesday “is not true at this point,” with many issues to be sorted.

The website speculated that the format could expand to include other golfers, and that Woods and Mickelson could possibly play as a team or play with a partner on opposing teams.

The event was plagued by technical issues that thwarted the pay-per-view concept, thus forcing Turner and its partner WarnerMedia to issue refunds of the $19.95 fee. Capital One was the title sponsor of The Match, in which Mickelson won a $9 million “winner-take-all” prize when he defeated Woods on the fourth extra hole of their match.

No figures have been released, but Golf Digest cited sources that said nearly a million customers had signed up to pay the $19.95 fee.

“I think the viewership was pretty large,” said Steinberg, who did not cite any specific numbers. “Take away the glitch, and it was pretty big. That’s certainly one of the measures of success. You have to look at what the internet was doing and seemed like people were quite interested.”

As for the next step, Steinberg said a breakdown of the November match had yet to occur.

“We — and that’s a very big we when I say the Woods camp, the Mickelson camp, the Turner camp — have a lot to talk about,” Steinberg said. “We don’t have any specifics on what it might look like, whether it’s Tiger-Phil, two others, four others.”

Steinberg said that a format is just one of several aspects that would need to be worked out if there is another version of The Match to be played in 2019 and beyond.