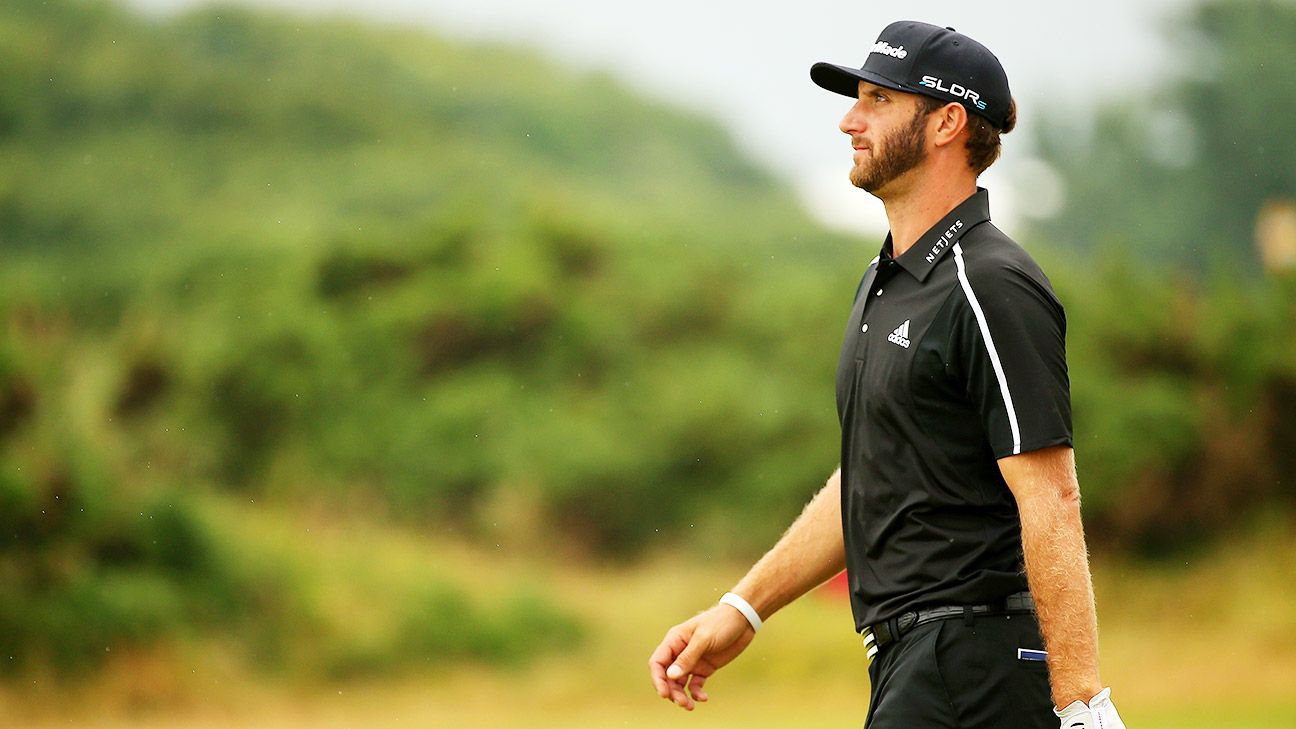 Two years ago, Dustin Johnson slipped on stairs in his Augusta, Georgia, rental home on the eve of the Masters, eventually withdrawing from the tournament.

Now it’s his brother who suffered a similar fate, although he is still expected to work this week at the Valspar Championship despite a sling over his left shoulder and a cast on his left hand.

Dustin said Austin slipped on stairs while getting their things together after the final round of the Players Championship, where the golfer tied for fifth Sunday.

“He had a bit of a run-in with a pair of stairs, kind of like I did, on Sunday night,” Dustin Johnson said. “So those stairs, man, they’ll get you. He broke his bone in his hand.”

Dustin Johnson didn’t break any bones when he slipped on stairs — wearing socks, he said, on the Wednesday afternoon before the Masters. But the resulting fall injured his back, and, despite attempts to play, Johnson withdrew moments before his first-round tee time.

As he is now, Johnson was ranked No. 1 in the world at the time and among the pre-tournament favorites, having won his previous three tour starts. Although he tied for second in his next tournament a month later, Johnson didn’t win again until August.

And he said he’s never quite returned to that pre-Masters 2017 form — despite winning six times worldwide in that span and returning to No. 1 a few weeks ago.

“I’m getting closer, for sure,” said Johnson, who is playing the Valspar event for the first time since 2010. “I feel like the swing’s starting to feel a lot better. The shot patterns are starting to get more consistent. So now it’s the closest I’ve been to that.

“Back then, that was probably the best form I’ve ever been in, and getting injured it’s taken awhile to get back to that form. Obviously I played very well in that stretch, but I wasn’t as comfortable as I was then kind of throughout the whole bag. But it’s definitely the closest I’ve felt to that stage of my career.”