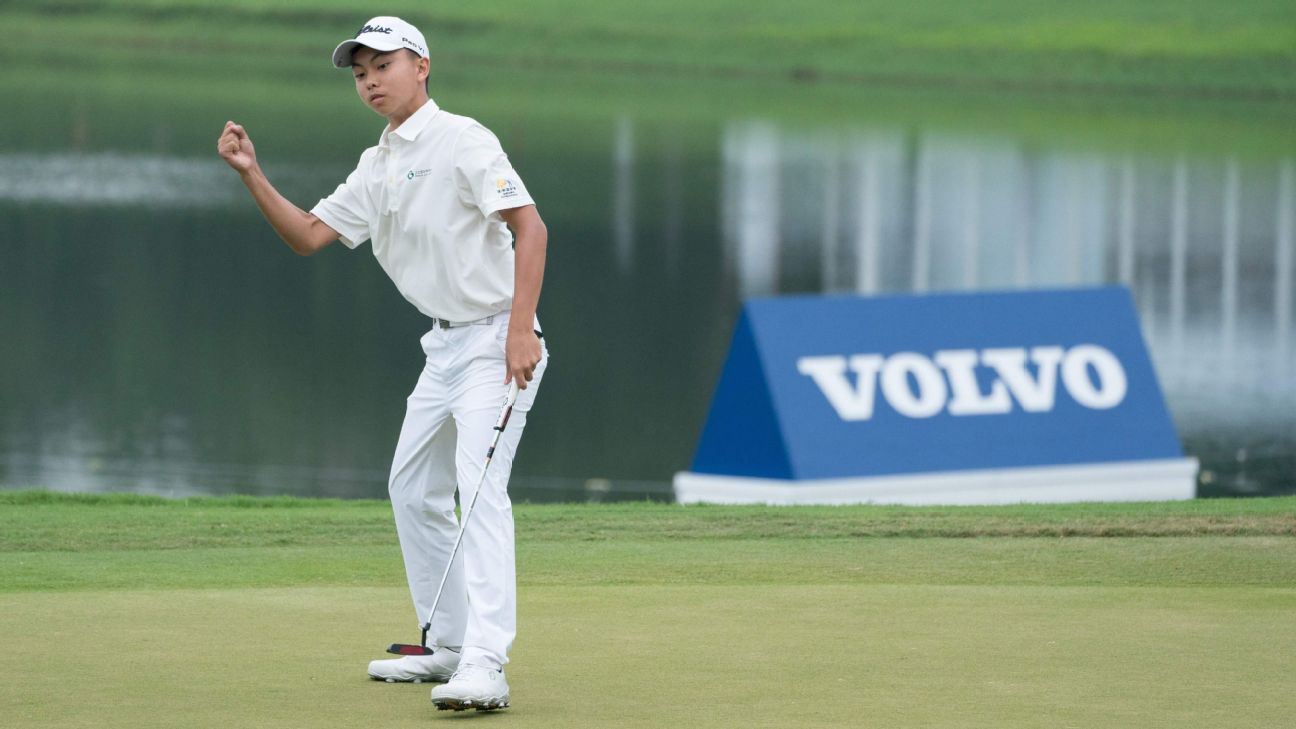 It hasn’t stopped him making the cut in historic fashion at the China Open.

Kuang holed a par putt from nearly 20 feet at No. 18 on Friday to shoot a second straight 1-under 71 and make it to the weekend on the number. He became the youngest person to make the cut at a regular European Tour event — outside the majors — at 14 years, six months, 12 days.

“There are not enough words to describe the feeling,” said Kuang, who included his headteacher in the list of people he wanted to thank for giving him the opportunity to make history at Genzon Golf Club.

He is less than a month older than compatriot Guan Tianlang, who famously made the cut at the Masters in 2013.

Kuang qualified for the China Open by winning the China Junior Match Play Championship in December, and has been playing in China-based events in the PGA Tour Series.

He is still at school and says he manages to get in only about 15-20 hours of practice a week. He has been even more pressed for time recently because of his midterms.

After shooting a first-round 71 that included an eagle, Kuang mixed four birdies with three bogeys in the second round. He clenched his fist after making the long putt at the last hole that kept him tied for 55th place and meant he would be staying around for the weekend.

Among the 45 Chinese players competing in Shenzhen this week is a kid even younger than Kuang. Ma Bingwen, who is aged 13, shot rounds of 78 and 79 to miss the cut.

Another Chinese player, Wu Ashen, has a two-stroke lead after following up an opening round of 66 with a 7-under 65. He is looking to win his home tournament for the second time, after a victory in 2015.

Tapio Pulkkanen of Finland (68) is on his own in second place, a shot ahead of Jorge Campillo of Spain (69). Campillo is seeking back-to-back European Tour titles after winning the Trophee Hassan II in Morocco last week.