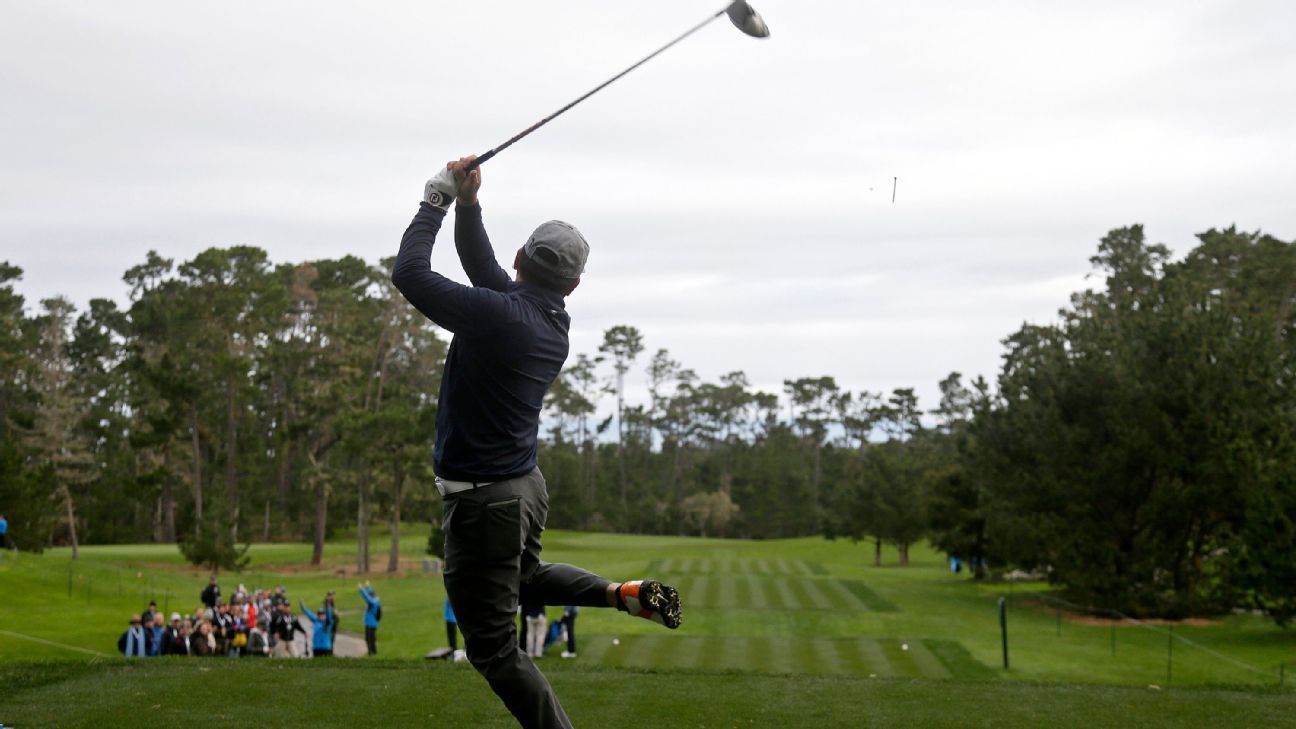 Last summer Ho Sung Choi’s unorthodox — but wildly successful — Happy Gilmore-ish golf swing took over the internet. The pro golfer, a winner on the Japanese Tour in the past, managed to captivate millions with his swing… including some celebrities.

Here’s a two-minute oral history of Choi’s 15 minutes of fame. (To get a look at the swing itself, scroll to the bottom.)

HO SUNG CHOI, CREATOR OF “THE FISHERMAN’S SWING”: I needed a way to hit the ball farther, so my swing movements became bigger. I never expected to be a viral sensation.

AARON RODGERS, PACKERS QUARTERBACK: I watched video of his swing, and I tweeted that I’d love to play with him because I already had a Pebble Beach partner, Jerry Kelly, who leans a ton. I thought that’d be a fun pairing.

JERRY KELLY, THREE-TIME PGA TOUR WINNER: I thought the swing wasn’t real. Then I saw he’d won in Japan, so I tweeted, “Hey, my long-lost brother on the Japanese Tour!”

CHRIS O’DONNELL, ACTOR WHO WAS WITH RODGERS, KELLY AND CHOI AT PEBBLE BEACH: I’d seen his swing when it first went viral. Then, when the pairings came out, I asked, “Who is Ho Sung Choi?” Later I watched the video again and was like, “Oh my god, it’s him!”

RODGERS: His impact positions are incredible. He tees it up so high, and other than a popup on 10, he really hit it well off the tee. He’s super flexible-it’s like a yoga backbend. I tried to do one at one point on the range, teasing with him, and my back started hurting.

O’DONNELL: He became a real curiosity on the course-everybody wanted to see his swing firsthand. I’ve played in that tournament for over 20 years, and that was one of the most fun times I’ve had.

RODGERS: I’d love to play with him again. I was telling his translator, “I want to throw some passes, see if he’s got an arm.” But Ho Sung kept saying his hands were too small.

CHOI: My unique swing has allowed me to be an approachable player. I received so much support from the fans that week, and it really made my heart feel full.

🚨NOT A DRILL🚨
Hosung Choi is playing Pebble Beach at this year’s @ATTProAm. pic.twitter.com/zly9Bvrgc8