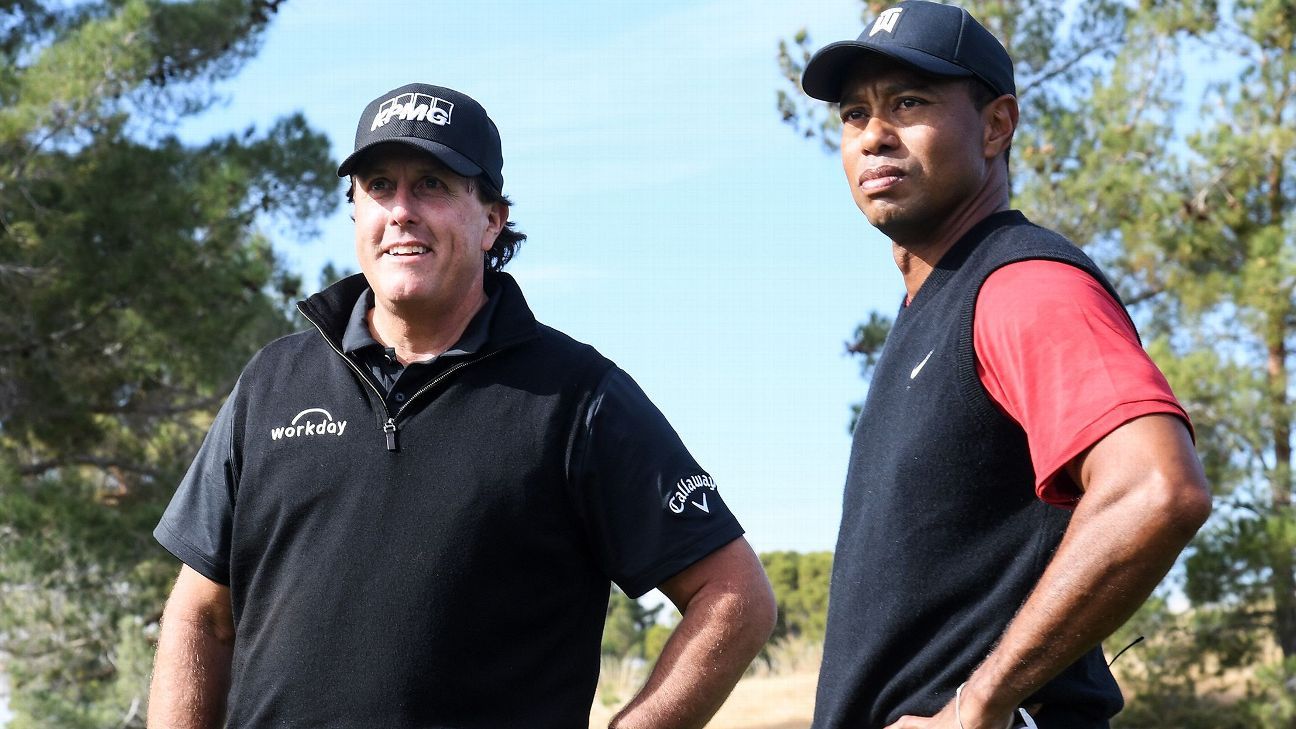 Phil Mickelson hinted on Twitter that another “Match” with Tiger Woods is in the works.

What’s unclear is if he was referring to hyped big-money encounter such as the one in November of 2018 in Las Vegas, where Mickelson claimed a $9-million “winner take all” purse; or something more modest, that would be done to fill the void during the coronavirus pandemic that might serve as a safety-first salve for sports-starved fans.

A Twitter user suggested in a Tweet to Woods and Mickelson that they play a simple match with one camera person on a live stream.

Another user followed up, saying Mickelson better not just be teasing everyone.

I don’t tease. I’m kinda a sure thing

Woods’ agent, Mark Steinberg, was not available: Mickelson’s agent, Steve Loy, would only offer that “there are a lot of moving parts” and did not address whether this event might be something to fill the virus void or one of bigger scope to be played when the golf calendar resumes.

After the initial Las Vegas match, there was talk of doing more big-money events, possibly with partners.

For that to occur, however, would require the PGA Tour’s blessing, and so far those details have yet to be worked out. For now, the PGA Tour has canceled or postponed events through the PGA Championship, with the Colonial the next possible opportunity for play in late May.