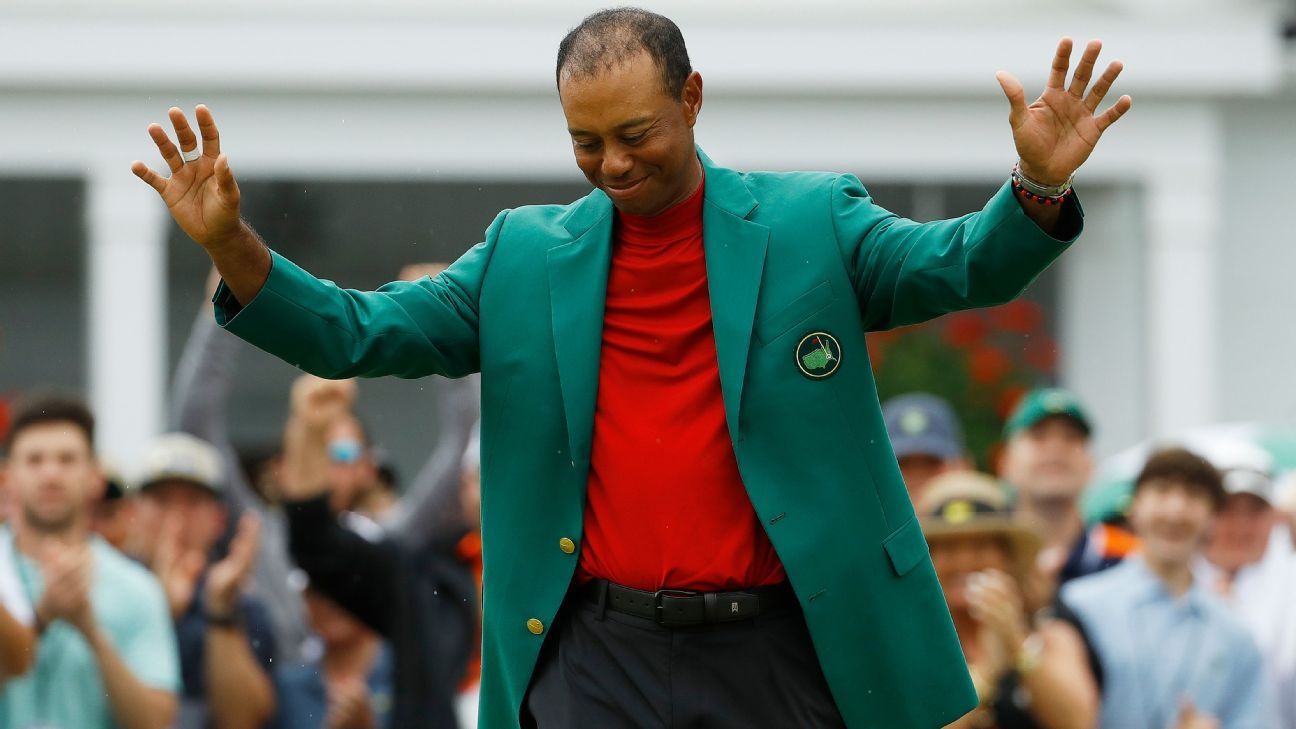 Tiger Woods has been mostly quiet since the sports world went into lockdown, but he acknowledged Tuesday night on social media that he would have been hosting the Champions Dinner at Augusta National had the Masters not been postponed.

“Masters Champions Dinner quarantine style. Nothing better than being with family,” Woods captioned a photo of him at his South Florida home, wearing the green jacket with the Masters trophy — a clubhouse replica — on the table. With him are his girlfriend, Erica Herman, along with his daughter, Sam, and son, Charlie.

Masters Champions Dinner quarantine style. Nothing better than being with family. pic.twitter.com/xPK769CWCf

The Champions Dinner is a tradition that began at Augusta National in 1952 at the suggestion of Ben Hogan. Only past Masters champions and the club chairman, now Fred Ridley, attend the gathering.

The dinner is hosted by the defending champion, who picks the menu for the evening (although the attendees are allowed to order whatever they want off the club’s menu). Woods had chosen what he did in 2006 — the last time he won the Masters: steak and fajitas along with sushi and sashimi. He also said he was considering milkshakes, which was part of the menu in 1998 after his first of five victories.

Although there was no official word on what was on the menu at Woods’ home, his picture appeared to show sushi, steaks and fajitas on the side of the table.

It was at the 2017 dinner that Woods told some in attendance that he thought his career was over due to the recurring back pain that hampered his career.

Woods, 44, left the dinner that night and headed to London for a consultation with specialists who recommended spinal fusion surgery. Since then, he has played two full seasons on the PGA Tour and won three tournaments to tie Sam Sneed for the all-time PGA Tour record at 82 wins. The Masters victory was his 15th major title.

But Woods has not played in a tournament since Feb. 16, when he finished 82nd at the Genesis Invitational, last among those who made the cut. He skipped a tournament in Mexico, as well as the Arnold Palmer Invitational and the Players Championship, where the schedule was indefinitely put on hold due to the coronavirus pandemic.

On March 16, a few days after the Players was canceled and the Masters postponed, Woods tweeted: “There are a lot more important things in life than a golf tournament right now. We need to be safe, smart and do what is best for ourselves, our loved one and our community.”

The Masters has been rescheduled for November, when, if all goes well, Woods will have a chance to host the Champions Dinner on Nov. 10.