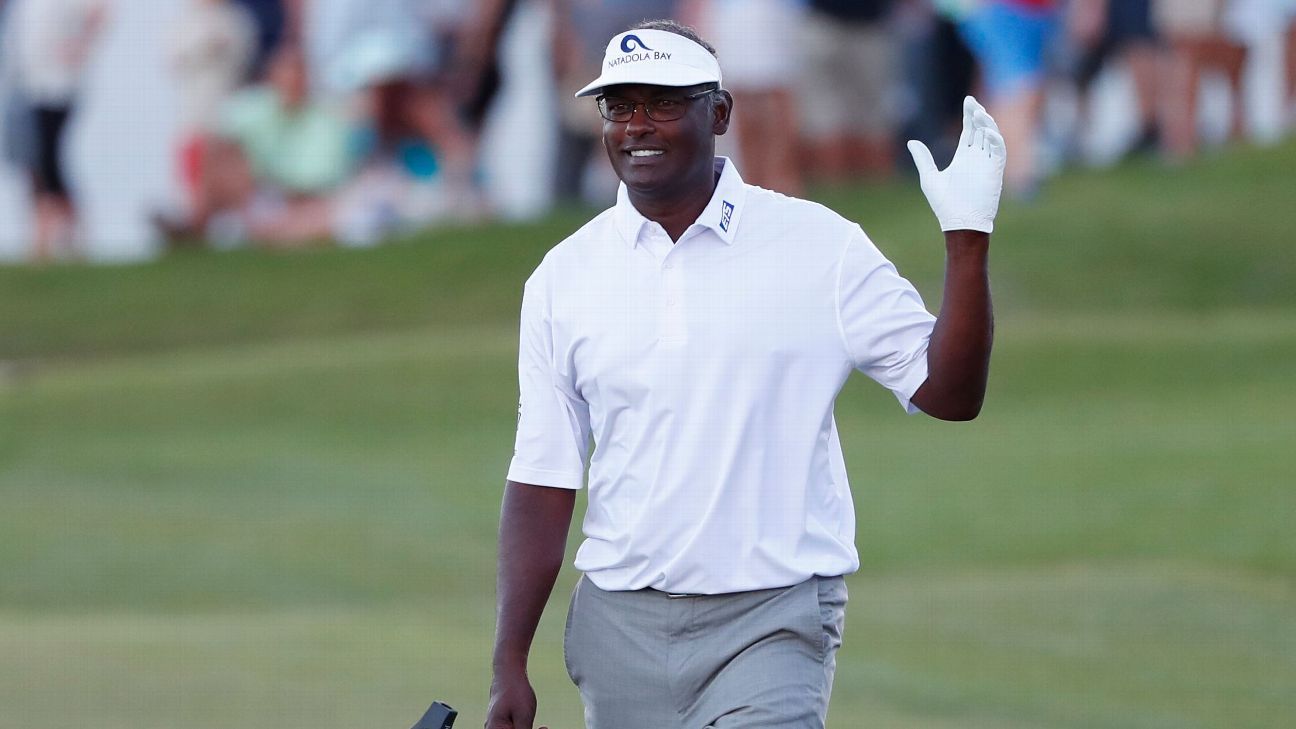 Vijay Singh, a three-time major winner and member of the World Golf Hall of Fame, has withdrawn his name from a tournament on the developmental Korn Ferry Tour.

Singh, 57, who has won 34 titles across his PGA Tour career, had drawn criticism after registering for the KFT Challenge at TPC Sawgrass in Ponte Vedra Beach, Florida, scheduled for June 11-14. A spokesperson for the PGA Tour confirmed Singh’s decision to Reuters Sunday.

Some golfers, including Brady Schnell, felt strongly about Singh taking a developmental spot away from an up-and-coming player.

“He’s got his money and he’s got his career. Just wait another month and roll with your senior friends,” Schnell tweeted on May 7, in a series of posts he later apologized for.

Others, Phil Mickelson among them, defended Singh’s right to enter the tournament.

“It’s no secret VJ and I aren’t close, but I’d like to say on his behalf that in addition to being a member of the HofF, he’s a big part of the PGA Tour’s success which financially subsidizes, and always has, the KFT. He has earned the right to play when and where he wants,” Mickelson tweeted on May 8.

As a lifetime PGA Tour member, Singh can enter any KFT tournament being played in a week in which he is not eligible for the main tour’s event. The KFT Challenge is scheduled for the same weekend the PGA Tour returns to play in Fort Worth, Texas.