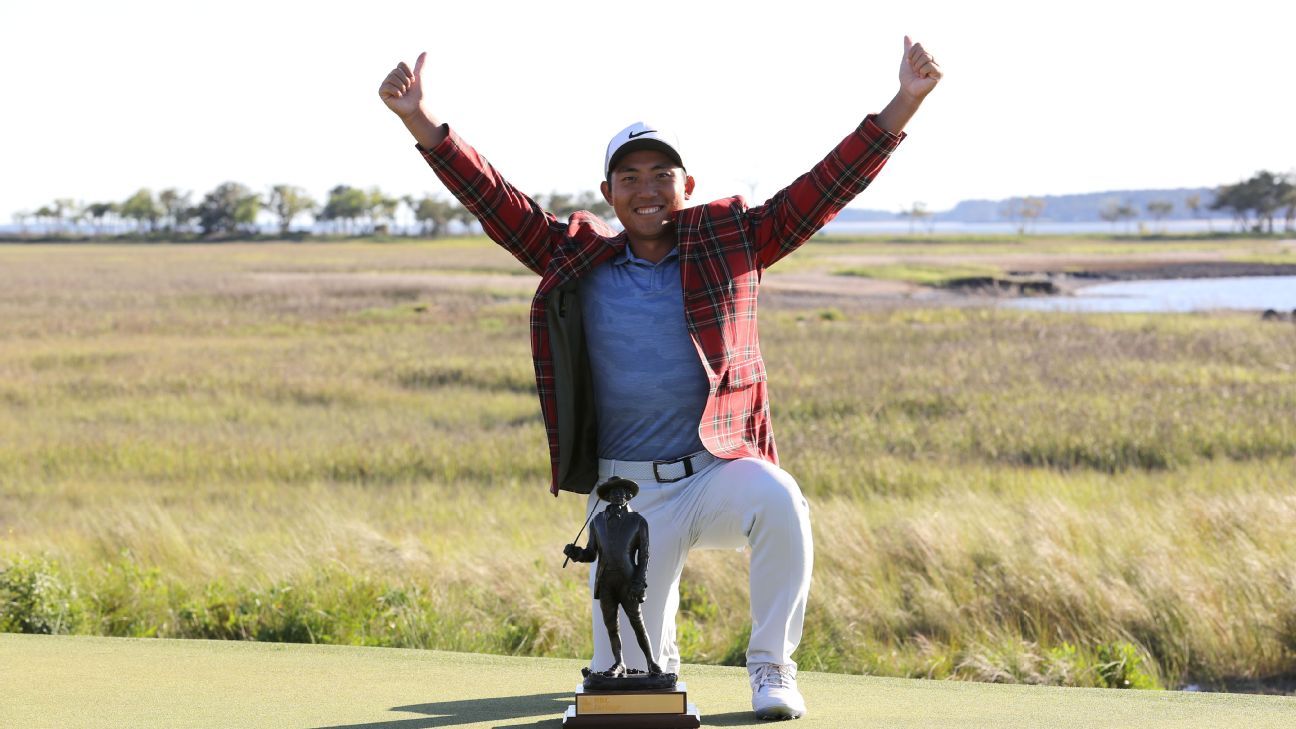 HILTON HEAD, S.C. — C.T. Pan was pleasantly surprised when he learned he would get to defend his title at this week’s RBC Heritage.

He had little confidence that would be the case when the coronavirus pandemic caused the cancellation or postponement of several events on the PGA Tour, including the Players Championship in March. Pan was the only player to withdraw from that tournament; he believed not enough safety measures were in place.

As it turned out, the Players shut down after just one round, part of a 13-week absence that ended with last week’s Charles Schawb Challenge, where Pan missed the cut — then got in his newly purchased RV and headed from Texas to South Carolina for this week’s tournament with his wife, Lin, who is caddying for him.

“It was a really tough decision,” said Pan, 28, who is from Taiwan and played for the International Presidents Cup team in December. “In my whole career, including junior golf, I’ve never withdrawn from a tournament. An example in junior golf at the Junior Worlds when I was 11, my nose was bleeding, and I still insisted to play.

“So back in March, that was a really tough decision for me, but for the safety of my family and myself, my wife and I, we think that’s the right call to put myself out early. Honestly, the Players Championship is the biggest event on the PGA Tour and a lot of people come to watch. So it [wasn’t] a good spot to be in.”

During the week of the Players Championship, all of sports shut down. The Tour began the week with the intention of playing, then decided it would play only the first round with spectators before canceling the event after the first round.

Pan was long gone by then.

He had tweeted that day: “I’m probably the only one who is not playing. Same number as the sanitizers in the clubhouse, locker room and dining.”

The tweet was later deleted, but Pan followed up with an explanation later: “I chose to withdraw from the Players Championship because my wife and I want to protect ourselves from the risk of exposure to the coronavirus. We are fine and our families are fine. Our lifestyle is like a circus, traveling from one place to another. We believe this is a time to exercise caution by not playing this week.”

Pan lives outside of Houston. He constructed a hitting area in his garage and did not play on a course until May.

The tour revised its schedule and the RBC Heritage — slated for the week after the Masters and originally canceled — was revived and moved to this week. As part of the new schedule, the PGA Tour has put in place an extensive system for each of the rescheduled tournaments, including coronavirus testing for players and caddies each week, as well as daily thermal checks.

“I think the Tour has put out so much effort the last two months to create a safe environment for us to play,” Pan said. “Last week I was totally impressed by how they do things. The testing is impressive quick and easy. The social distancing, they’re still doing that.

“I think they’re trying to follow the rules just like everyone else out there, and hopefully they will be the model for NBA and MLB and for them to proceed to their next steps. So far, I’m very impressed with how the PGA Tour has handled this.”