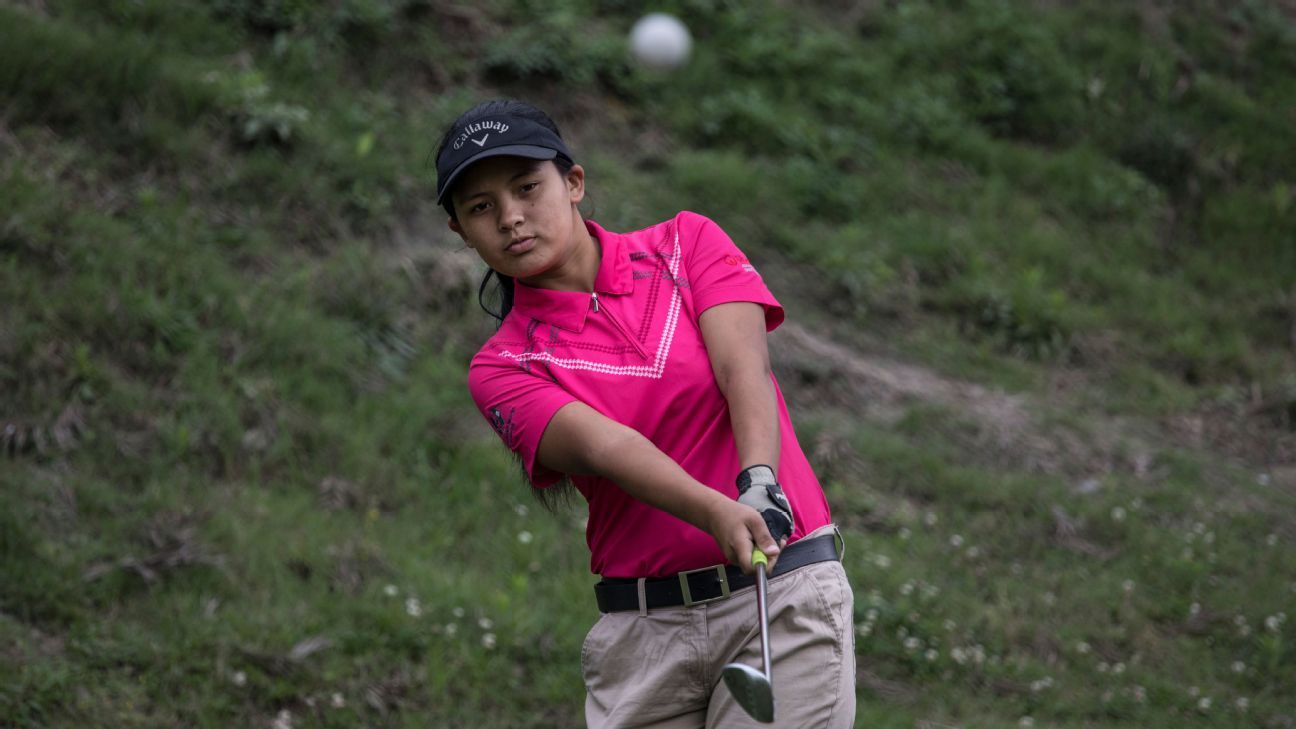 Pratima Sherpa, a 19-year-old amateur golfer from Nepal, will make her first appearance in a professional event on the Symetra Tour later this month.

Sherpa, the subject of an Emmy-winning SC Featured installment last April, will play in the IOA Championship presented by Morongo Casino Resort & Spa on a sponsor exemption March 29-31 in Beaumont, California. She is looking to become the first female golf professional from Nepal.

“Being from Nepal and from a poor family, I had never imagined my identity could become a national golfer of Nepal and today I am in the USA because of golf,” Sherpa said in statement released by tournament organizers. “I feel so proud to say that I am the first Nepali who has been invited by the LPGA to play in a tournament with the Symetra Tour. This is a really big opportunity in my life. In fact, this is like an achievement for my country.”

The SC Featured piece showed Sherpa’s golf journey, which began while she was living with her parents in the maintenance shed at Royal Nepal Golf Club. She came to the U.S. in January to live with the Montano family in Ventura, California. She is a student at Santa Barbara City College and practices with its golf team. She previously came to live with the Montano family in the summer of 2017.

“I have always had a dream to play on the LPGA. I never imagined that dreams can become a reality in such a very short time,” Sherpa said. “I always follow two things in my life: nothing is impossible and hard work always pays off. Being invited by the LPGA and Symetra Tour has helped me to prove these things.”