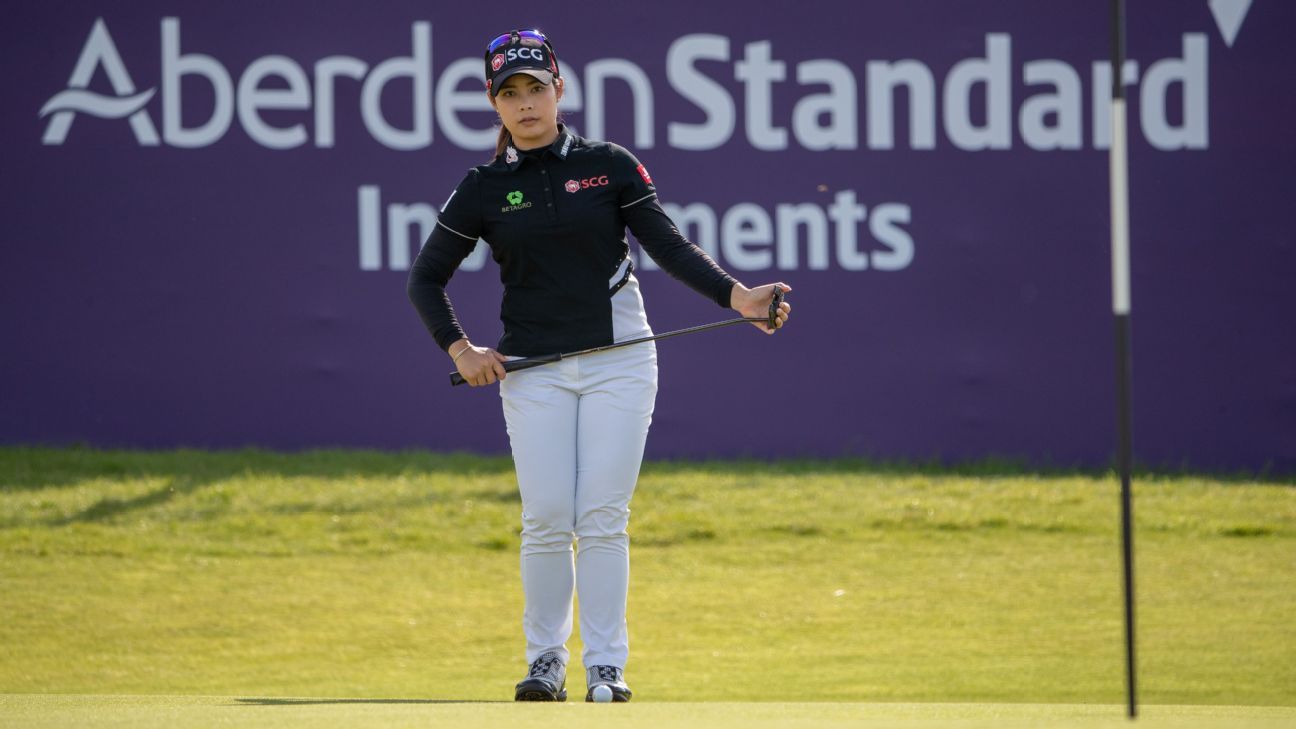 NORTH BERWICK, Scotland — Trying to follow her sister with a Ladies Scottish Open victory, Moriya Jutanugarn shot a 4-under 67 Saturday to take a one-stroke lead into the final round at The Renaissance Club.

Ariya Jutanugarn won last year at Gullane, and her sister hit six birdies and two bogeys on a partly sunny day Saturday, with the breeze at 5-10 miles per hour and temperatures in the 60s.

The Thai player, who won the HUGEL-JTBC LA Open last year for her first LPGA Tour title, had a 16-under 197 total.

South Korean players Jeongeun Lee6 (66) and Mi Jung Hur (70) were tied for second. Lee6 is in good form, having won the U.S. Women’s Open in June.