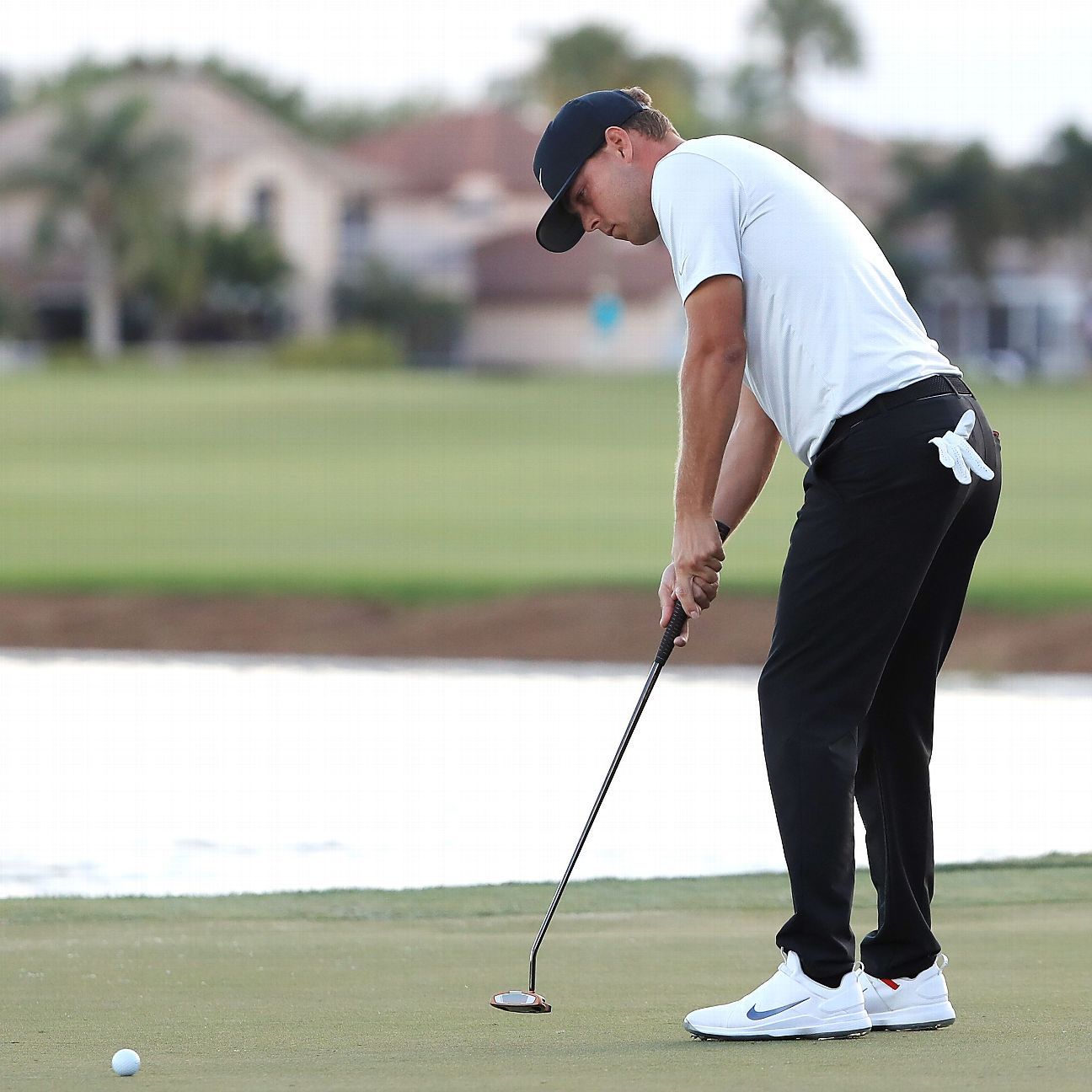 PALM BEACH GARDENS, Fla. — Keith Mitchell‘s first and until now only win as a professional was three years ago on something called the G Pro Tour.

Those days are long gone. After 97 tries on the PGA Tour, the Web.com Tour and even the Latinoamerica Tour, Mitchell is finally a winner — and he had to outslug two of the game’s best players for that long-awaited victory. A birdie on the par-5 18th on Sunday capped Mitchell’s win at The Honda Classic, where he held off Brooks Koepka and Rickie Fowler.

“It was awesome,” Mitchell said. “I wish that I could come up with a better word than that, but just having a chance to come down the stretch against Rickie Fowler and Brooks — those guys are the best in the world, and they’ve been out here proving themselves. And I’m just pleased that I could prove myself against guys like that.”

Mitchell birdied four of his final seven holes, including a 15-footer on the last one, for a 3-under 67 and a 9-under 271 total. Koepka (66) and Fowler (67) made big charges as well on a wild and windy day at PGA National yet settled for a tie for second at 8 under, one shot behind Mitchell.

Fowler gave Mitchell a warm embrace when they crossed paths after the final putt.

Koepka and Fowler both birdied the 18th. Fowler actually birdied three of his final four holes, including a 45-footer on the 17th.

But Mitchell didn’t waver in the wind.

He was on the upslope of a fairway bunker about 205 yards from the pin for his second shot at the par-5 18th. All he could do from there was hit a pop-up, leaving him with a wedge in for his third.

That checked up about 15 feet below the hole, giving him a putt to win. He made it, pumped his fist and waited for the final group of Wyndham Clark and Vijay Singh to finish about five minutes later.

“Everybody dreams about having that putt on the 18th hole to win a tournament,” Mitchell said. “And I had it today.”

Jack Nicklaus, who helped design the Champion Course at PGA National, congratulated Mitchell in a tweet:

Big congrats @K_m_Mitchell & @TheHondaClassic!
What a great event! So many in hunt whole time. Had 8-10 players thru back 9 who could win! Lot of good players-@BKoepka, @RickieFowler, @RyanPalmerPGA, @VijaySinghGolf-played fantastic! Then Keith had terrific 18th. Very exciting! pic.twitter.com/H2wSN2dKUk

Ryan Palmer (63) and Lucas Glover (66) tied for fourth at 7 under. For a while, it looked as if Palmer might steal the tournament.

Palmer was tied for 48th after the opening round, tied for 51st after 36 holes and tied for 39th when the final round began. But he started with four straight birdies on the way to going out in 29 — the first player to do that in a final round at the Honda. He rolled in a 25-footer from just off the green for birdie at the par-4 16th, then stuck his tee shot to 6 feet and made birdie at the par-3 17th.

When he finished at 2:32 p.m., he was two shots back, and the final group was on the fifth hole.

“I’ve got an outside chance, for sure,” Palmer said when he was done.

About two hours later, he was in the outright lead. Not long after that, he was in a six-way tie atop the leaderboard. His chance lasted until 5:07 p.m., when Koepka tapped in for birdie on the last hole for the clubhouse lead at 8 under.

Koepka was good. Fowler was good. Mitchell was just one swing better.

“It was good for the fans,” said Koepka, the Palm Beach County native and two-time defending U.S. Open champion. “They got what they wanted: a good tournament, two of the bigger names coming down the stretch and having a chance to win. That’s what this golf course will do.”

Singh, the 56-year-old who was bidding to become the oldest winner of a PGA Tour event (Sam Snead was 52 when he won the 1965 Greater Greensboro Open) was right there until the end. Singh, who hasn’t won on this tour since 2008, settled for sixth after a final-round 70.

Clark, the third-round leader, was two shots clear of everybody when he made an uphill putt from just right of the green on the par-4 4th, with that birdie making him 9 under. But he made bogeys on four of his next eight holes, falling off the pace.

Mitchell is expected to climb into the top 70 of the world rankings. He was No. 162 entering the Honda and had never been above No. 130.

That’s just one of many things that’ll change now.

His biggest check as a pro was for $400,400 last year, when he finished third at the Byron Nelson. This check is more than triple that, at $1,224,000. He’s going to the Masters. He’s exempt for two more seasons. He climbed into the top 20 in the season’s money list and FedEx Cup Points rankings.

And perhaps the biggest prize is this: Mitchell will never again have to wonder if he can win.

“Having status for a couple more years, putting myself in a really good position for the Tour Championship, getting to play in the four majors or some of them, I guess … I don’t even know what it gets me,” Mitchell said. “It’s awesome.”

Cameron Tringale took a quintuple-bogey 8 on the par-3 17th after hitting his tee ball into the water and trying twice unsuccessfully to knock the ball out of the water before retreating back toward the tee for a drop. By the time he was finished, two groups — including Koepka’s — were waiting on the tee to play.