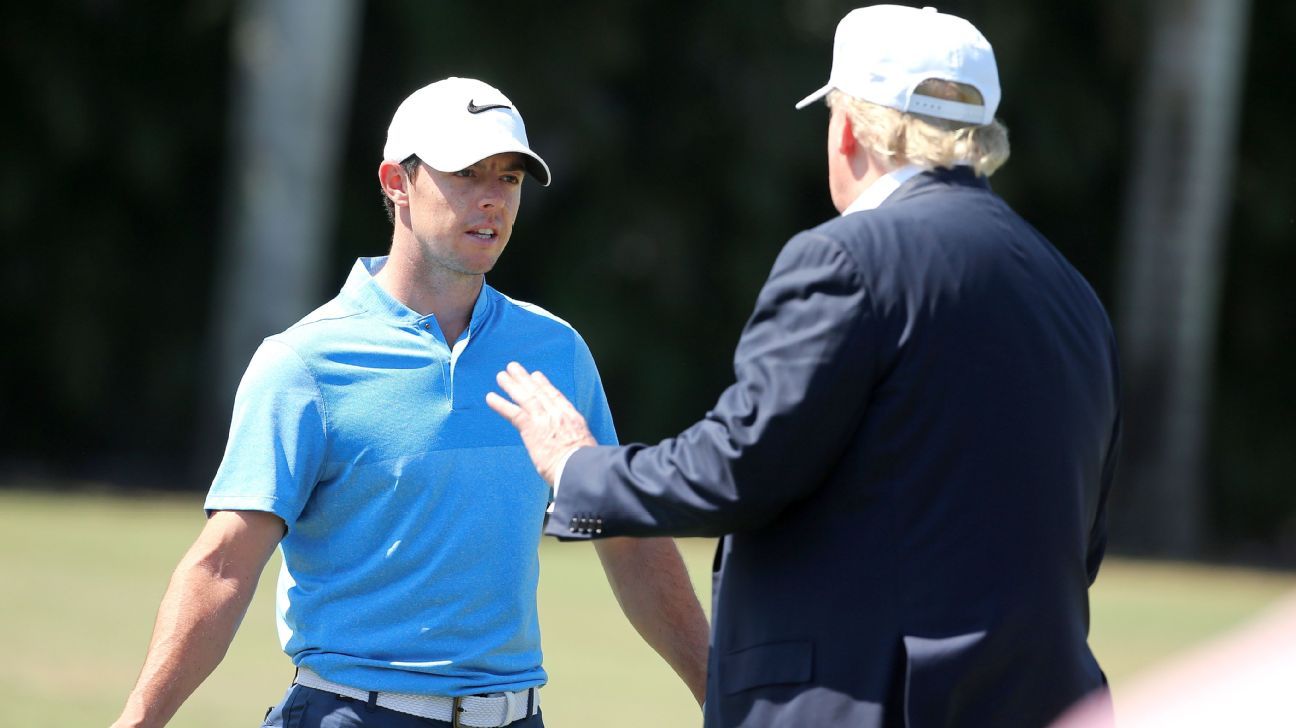 Rory McIlroy says he wouldn’t play golf again with President Donald Trump and doubts he would even be invited after questioning his leadership during the COVID-19 pandemic.

McIlroy did an hour-plus interview for the McKellar Journal in which he was asked whether he regretted the February 2017 round with Trump because of criticism on social media.

“I haven’t done it since … out of choice,” McIlroy said.

McIlroy, the No. 1 player in the world, said three years ago he played with Trump out of respect for the office. He said on the podcast he enjoyed his day at Trump International in West Palm Beach, Florida. He says Trump was charismatic, personable and treated everyone well, from the the players in the group to the workers in the cart barn.

“So I will sit here and say that day I had with him I enjoyed,” McIlroy said. “But that doesn’t mean I agree with everything — or, in fact, anything — that he says.”

McIlroy continued, unprompted, by saying Trump has tried to politicize the pandemic, using as an example Trump claiming the U.S. has administered the most tests for the new coronavirus than any other nation.

“Like it’s a contest,” McIlroy said. “There’s some stuff that just is terrible. It’s not the way a leader should act. There is a bit of diplomacy that you need to show, and I just don’t think he’s showing that, especially in these times.”

The hosts, Scottish golf journalists Lawrence Donegan and John Huggan, asked McIlroy if he would play with Trump again.

“I don’t know if he’d want to play with me again after what I just said,” McIlroy said. “I know it’s very self-serving of me to say ‘No,’ and if I don’t, then it means I’m not putting myself in position to be under scrutiny and that I’m avoiding that.

McIlroy returns to television on Sunday by teaming with Dustin Johnson in a Skins match against Rickie Fowler and Matthew Wolff, an exhibition designed to raise upward of $4 million for COVID-19 relief funds.