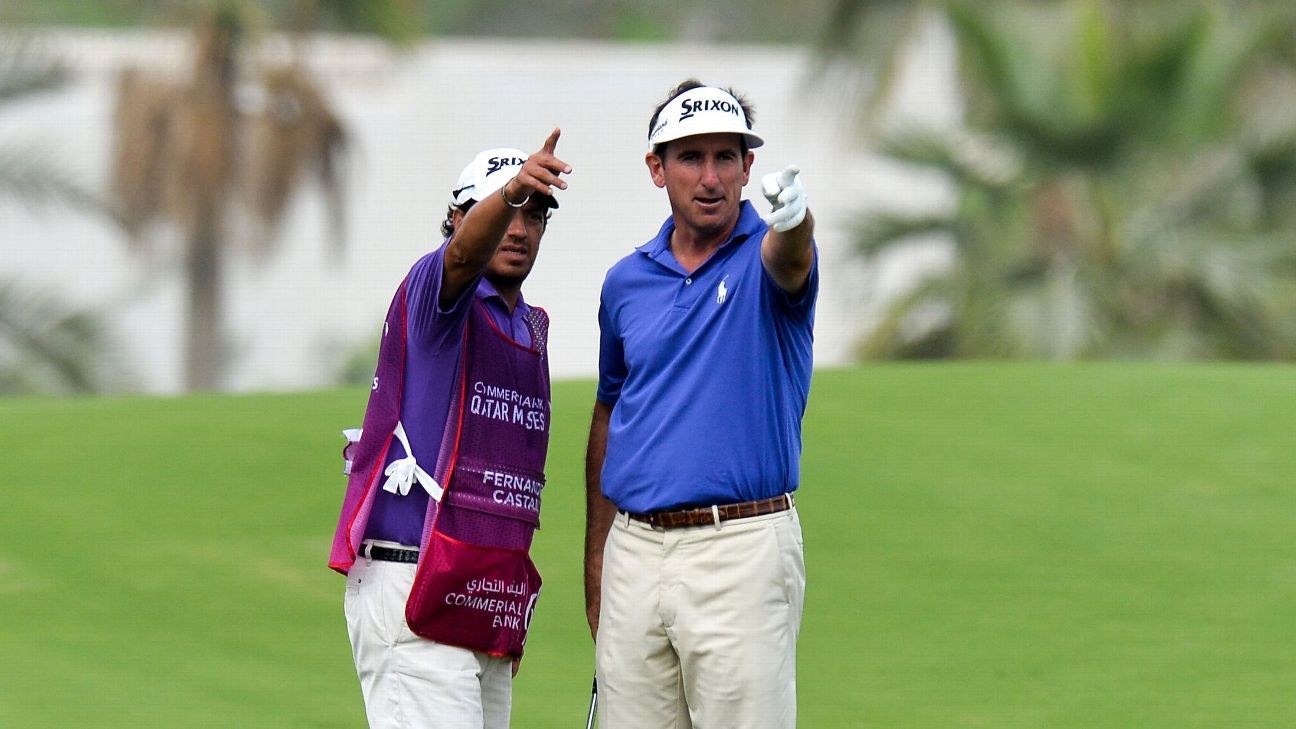 Among the many new rules that players are dealing with at the start of the new year is the one that allows them to repair spike marks or any damage in the line of their putt.

Until Jan. 1, that was a no-no, and for some it is a controversial exchange, including Spain’s Gonzalo Fernandez-Castano, who after his first round of the Abu Dhabi HSBC Championship tweeted this about Simon Dyson

First competitive round of the year on @EuropeanTour with the new rules on effect. Tapping down spikemarks felt so weird, it will take some time to get used to it – Unless you are Simon Dyson and you have been doing it for years.

Why Fernandez-Castano decided to throw Dyson into that tweet shows how players have long memories when it comes to rules breaking.

In 2013, Dyson had used his ball to tap down a spike mark in his line of a short putt at the BMW Masters in Shanghai — a tournament that Fernandez-Castano went on to win.

Dyson, an Englishman, was charged with a “serious breach” of the European Tour’s code of behavior. It was deemed he should have known that was an obvious violation.

Later that year, the tour ruled that it was not a premeditated act to cheat, and given his good standing on the tour for more than a decade, Dyson was hit with a two-month suspended ban for 18 months, meaning he would not be kept away from tournament golf as long as there were no other issues. He was also fined in excess of $50,000.

Dyson got considerable support on Twitter, acknowledging many of the replies by refraining from going back at Fernandez-Castano directly.

That is a shocker to a fellow player, so unnecessary #Respect

The shocker is when you see a fellow player breaking the rules Andrew.#RespectTHEGAMEhttps://t.co/OChUU6oMo1

Fernandez-Castano is playing in the season-opening event in Abu Dhabi, while Dyson is sitting it out.