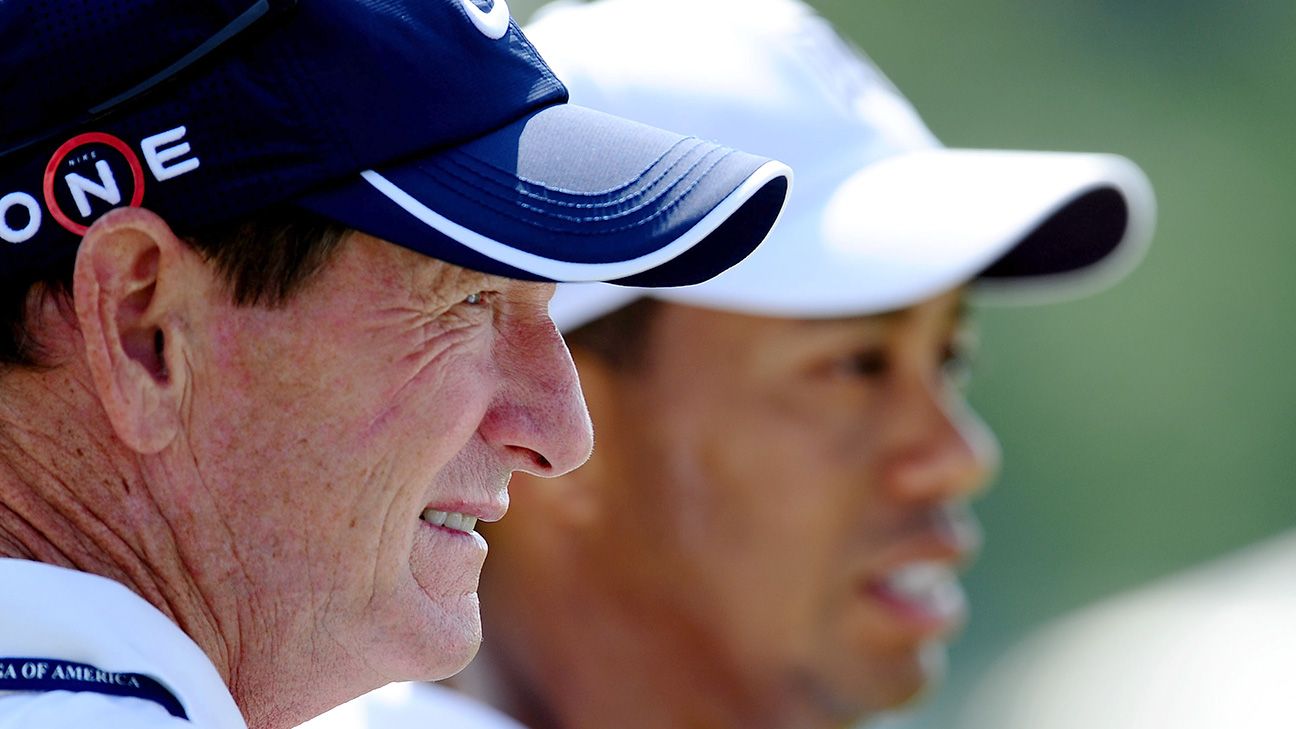 Tiger Woods‘ former coach, Hank Haney, took to Twitter on Tuesday to counter the golfer’s criticism last week over Haney’s SiriusXM radio suspension in the wake off comments made on the air about women golfers.

“Amazing how @tigerwoods has now become the moral authority on issues pertaining to women,” Haney said in his post. “I spent 6 great years coaching Tiger, and not one time did he ever hear me utter one sexist or racist word. Now, in addition to being a 15-time major champion, I guess he also think he’s a mind reader? #glasshouses”

On May 29, prior to the start of the U.S. Women’s Open, Haney said on his daily radio show that he was not up on the women’s game and that he would first go with a Korean golfer as a winner. He then said he would go with “Lee” and if he didn’t have to say a first name, “I’d get a bunch of them right.”

Later in the show, Haney apologized and did so again on Twitter. But there was considerable criticism, including from former U.S. Women’s Open winner Michelle Wie.

On Friday, Woods said that Haney “deserved” the suspension, which was suggested by the PGA Tour. Sirius XM said it was reviewing the status of Haney’s show and there has been no word this week on the future of the show.

“He deserved it,” Woods said at the Memorial Tournament. “Just can’t look at life like that. And he obviously said what he meant, and he got what he deserved.”

Haney, 63, had a successful six-year run with Woods that saw the golfer win 31 PGA Tour titles and six major championships before their working relationship ended in 2010. In 2012, Haney wrote a book called “The Big Miss,” which detailed their time together but also delved into parts of Woods’ personal life.

Woods told ESPN at the time that he remained thankful for Haney’s impact on his career, but he was not happy about the book.

“I think it’s unprofessional and very disappointing,” Woods told ESPN then. “Especially because it’s someone I worked with and trusted as a friend.”

Haney, 63, is a long-time golf instructor whose most prominent student prior to Woods was Mark O’Meara. He owns and operates several golf schools in the Dallas area.

After South Korea’s Jeongeun Lee6 won the U.S. Women’s Open on Sunday, capturing her first LPGA Tour title, Haney suggested on Twitter that it was validation for his pre-tournament prediction.

“My prediction that a Korean woman would be atop the leaderboard at the Women’s U.S. Open was based on statistics and facts,” he wrote. “Korean women are absolutely dominating the LPGA Tour. If you asked me again my answer would be the same but worded more carefully.”