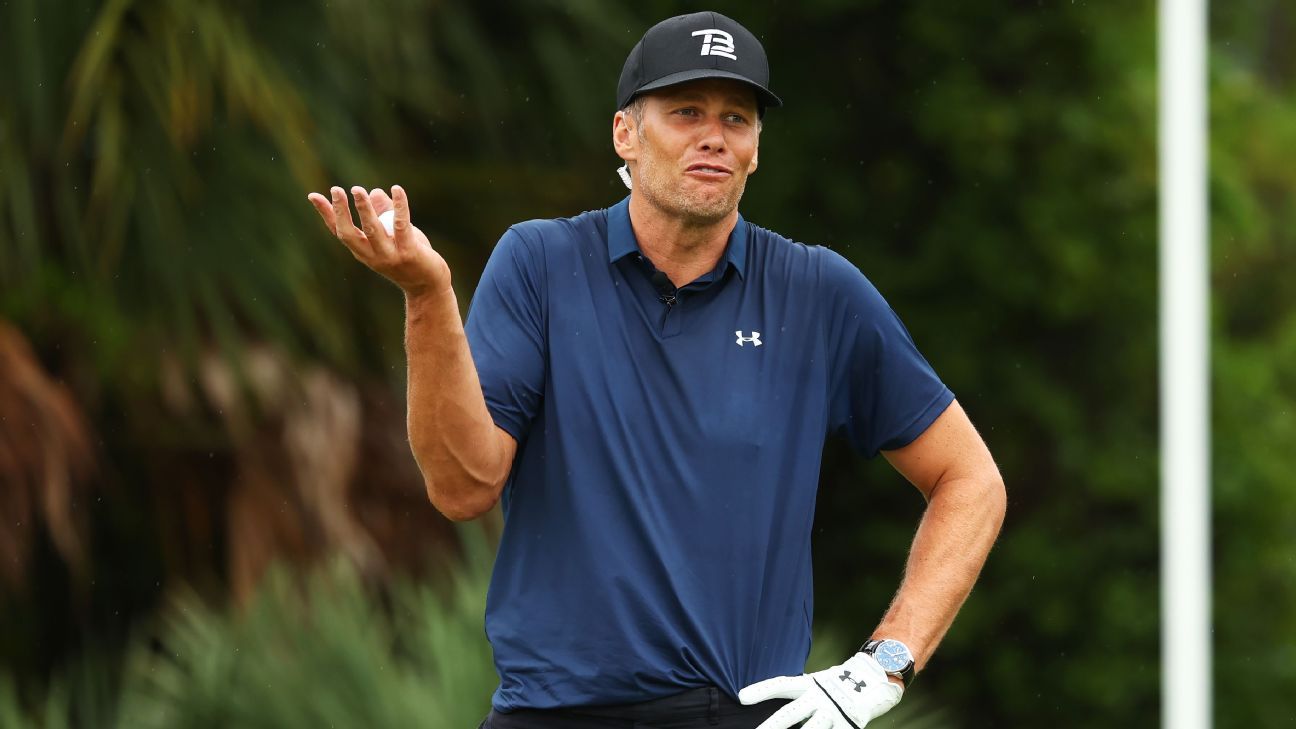 Tom Brady has looked like anything but the cool, calm quarterback and everything like a scared, high-handicap golfer during The Match: Champions for Charity.

But he still managed to come through in a big way on Sunday afternoon.

After getting taunted by announcer Charles Barkley and taking a beating on social media as his tee shots flew all over the Medalist course, the former New England Patriots and current Tampa Bay Buccaneers quarterback holed a wedge shot — while his microphone slipped and his pants split — to make a birdie on the seventh hole at the Hobe Sound, Florida, course. The shot came after he needed to take a penalty stroke after an errant tee shot.

This shot from @TomBrady though 😳 #TheMatch

“Chuck, shut your mouth, Chuck,” Brady told Barkley following the shot, after some friendly banter between the two legends.

Playing with Phil Mickelson as his partner, the birdie in the best-ball part of the competition ended up only tying the hole, as Tiger Woods made a two-putt birdie — his eagle putt lipped out — to help him and partner Peyton Manning remain 3 up in the match that has raised more than $10 million for COVID-19 relief efforts.

Brady’s birdie also brought a $100,000 donation from Brooks Koepka, who while watching the broadcast pledged that amount if Brady could par any of the remaining holes on the front nine. He threw in another $100,000 if Brady were to par either of the last two holes on the front side.