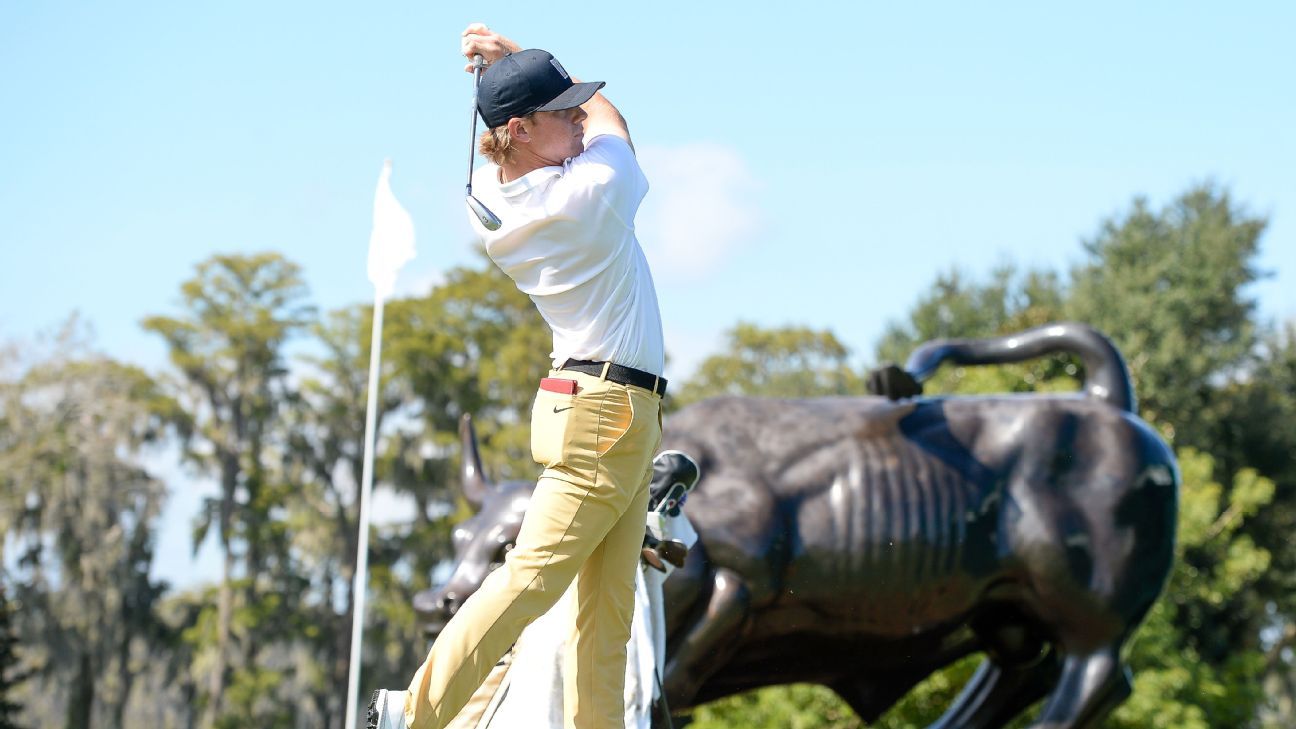 The runner-up at the U.S. Amateur last summer, John Augenstein‘s plan was to play in the Masters, finish out his senior season at Vanderbilt, play the U.S. Open at Winged Foot and then turn pro. That’s still the plan, with some notable changes.

Instead of turning pro, Augenstein is heading back to Vanderbilt for a fifth year of eligibility because of the COVID-19 pandemic.

The question is how many seniors will join him.

“My four years at Vanderbilt were everything and more than what I dreamed they would be,” Augenstein said in a statement released by the school. “I am not content with how this year played out for myself and for my team. There is more work to do.” The pandemic shut down sports, and the NCAA decided in late March to give players from spring sports an additional season.

Golf Channel reports that eight of the top 50 women in the Golfstat rankings are returning for an extra year of college competition, a list that includes Olivia Mehaffey of Northern Ireland, part of Arizona State’s national title team when she was a freshman; and Siyun Liu of Wake Forest.

Wake Forest was runner-up to Duke at the NCAAs in 2019 and was ranked No. 1 when the season ended. Liu graduated with a degree in finance.

“I just really want to win a national championship and finishing second place last year and ranking No. 1 in the country and then all of a sudden the season ending is just, I can’t leave like that,” Liu told the Winston-Salem Journal. “I need to have a good finish here.”

Augenstein could play another U.S. Amateur, still on schedule for August, before the U.S. Open is scheduled for Winged Foot on Sept. 17-20. The Masters was postponed until two weeks before Thanksgiving. The winner and runner-up in this year’s U.S. Amateur get invitations to next year’s Masters in April, as usual.

Another factor in returning to college is the absence of qualifying for the PGA Tour and LPGA Tour.

“I don’t have a place for them to go,” LPGA commissioner Mike Whan said last week when asked about the immediate future of college seniors.

For some, the answer is back to school.