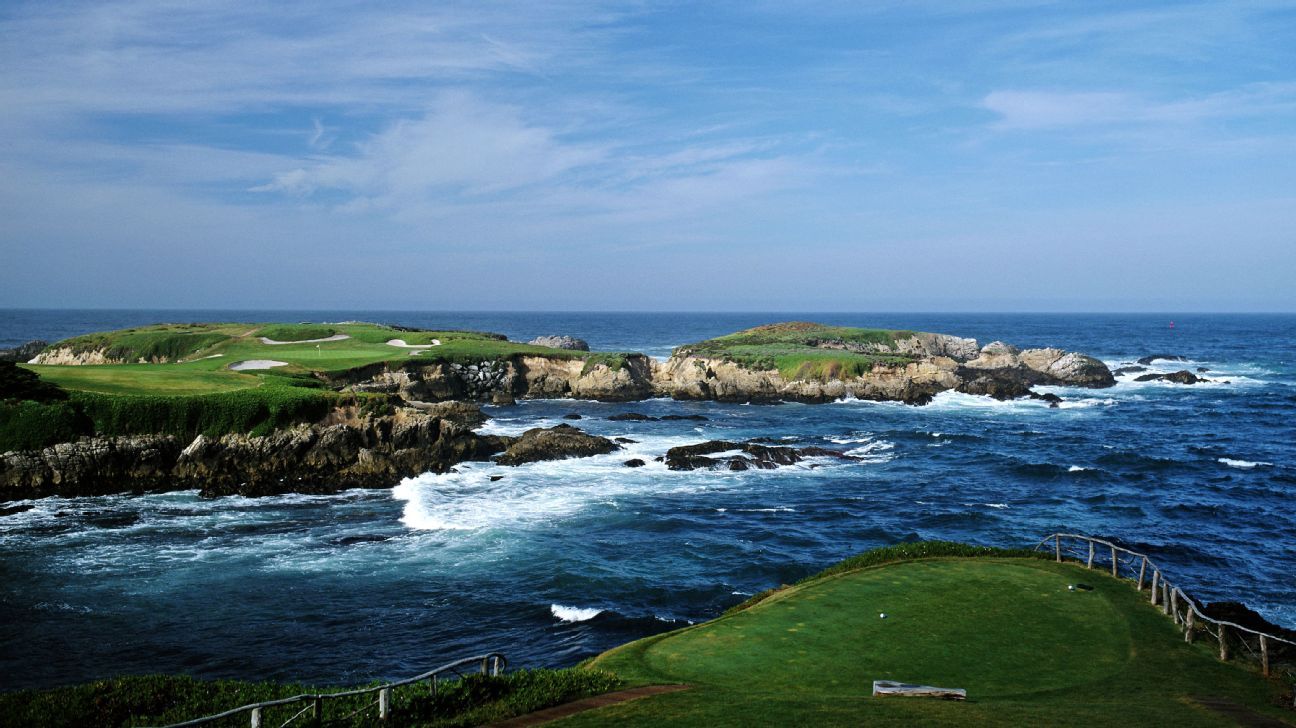 Marion Hollins financed and developed a golf course for women in New York and was the brains behind two fabled golf courses in California. And with one determined swing, she set in motion plans for the famous par-3 16th at Cypress Point.

A visionary in golf course architecture, a confidante of Alister MacKenzie and a U.S. Women’s Amateur champion, Hollins now takes her place among the greats in the game.

She was elected into the World Golf Hall of Fame through the contributor’s category, joining a 2021 class that so far includes Tiger Woods.

The Hall of Fame announced her election Friday. The induction is planned for March in Florida.

Marion Hollins, a visionary golf course architect and pioneer of the game, will join Tiger Woods in the World Golf Hall of Fame Class of 2021. #GolfHOF2021 pic.twitter.com/P8ntUJoDmQ

Hollins, who died in 1944 when she was 51, was U.S. captain of the first Curtis Cup in 1932, and the 1921 Women’s Amateur was her most significant victory on the golf course. Her influence was vast, however, stretching from Cypress Point and Pasatiempo in California across the country to Augusta National.

“This has been a long time coming,” said LPGA Tour veteran Juli Inkster, who grew up off the 13th fairway of Pasatiempo. “She was at the forefront for women, not only in architecture but she was an amazing athlete — the tomboy before they knew what a tomboy was. She was very successful and she was respected, and she had a lot of confidence in herself.

“You can be confident,” Inkster added. “But you have to have the guts to go out and do it.”

Born in 1893, Hollins was skilled in golf and with horses, dabbled in auto racing and marched with the suffragettes in New York.

Two years after she lost in the championship match of the U.S. Women’s Amateur as a 17-year-old, she led the development of the Women’s National Golf & Tennis Club on Long Island, enlisting Seth Raynor and Devereux Emmet to build it and helping with the design. The club also featured 22 tennis courses, half of them grass. Men were allowed only as guests.

She moved to the Monterey Peninsula in 1922 and worked with Samuel Morse. Hollins organized the Pebble Beach Golf Championship for Women and was a seven-time champion. She also approached Morse with the idea of a private club, and they agreed on a 150-acre site at Cypress Point.

“When you start reading about Marion Hollins, you realize what a trailblazer she was,” said Annika Sorenstam, inducted in 2003 and part of the Hall of Fame’s selection committee. “In her era, she didn’t have many resources with the status of women in sports and golf. To be that kind of trailblazer with that kind of enthusiasm and energy and get into course development and design is very inspirational. She was an advocate for women and changed the landscape of the game.”

Raynor was selected for the Cypress Point design, and when he died in 1926, Hollins suggested MacKenzie as his replacement. The most famous hole — the par-3 over Monterey Bay — almost never was.

The story goes that Raynor thought the carry over the ocean to the green was too long. In the book, “The Spirit of St. Andrews,” MacKenzie wrote, “Miss Hollins said she did not think it was an impossible carry. She then teed up a ball and drove to the middle of the site for the suggested green.”

Her true passion was Pasatiempo Golf Club, on land she discovered in Santa Cruz, California, while riding her horse. She enlisted MacKenzie for the design.

Bobby Jones was at Pebble Beach for the 1929 U.S. Amateur, and after his shocking loss in the first round, he stayed around to play an exhibition with Hollins at Pasatiempo. MacKenzie walked with them, and Jones eventually asked Mackenzie to design a course on a former nursery in Augusta, Georgia.

In the book “The Making of the Masters,” co-founder Clifford Roberts complained that MacKenzie wasn’t spending enough time at Augusta National. MacKenzie sent Hollins in his place, writing to Roberts that “not only are her own ideas valuable, but she is thoroughly conversant in regard to the character of the work I like. I want her views and also her personal impressions in regard to the way the work is being carried out.”

MacKenzie said of Hollins in another letter to the engineering overseeing construction at Augusta, “I do not know any man who has sounder ideas.”

Her career was slowed when her car was struck by a drunken driver, and she died of cancer seven years later.

Hollins is the 40th woman selected for the Hall of Fame and the seventh to be chosen primarily for developing golf.